After two years in the making and admittedly a few false starts, the journey towards an industry-wide, innovative, multimedia Establishment Survey has truly begun. As my colleague Gordon Patterson mentioned last week, the ship has left the harbour and we are now out of the starting blocks where the real work has commenced in earnest.

Representatives from the four big pillars of the collaborative partnership – the BRC (68% funders), PRC (32% funders), the AMF and MA(SA) – gathered at the TNS Johannesburg headquarters to go through and agree upon the ES pilot questionnaire, an auspicious occasion to say the least.

Through the highly professional stewardship of world renowned Establishment Survey expert Jennie Beck (TNS/Kantar Global Research director), Rob Powell (TNS CEO) and the legendary Neil Higgs (TNS’s local and international innovator and expert in building segmentation models) the workshop kicked off to lively, robust discussion and debate off the back of the ‘thought starters’ that TNS had prepared for the group.

After a slightly awkward start to the day, (as everyone got used to one another) it soon became very clear to all the participants as to what this new ES wants to achieve and that is a strategic inter-media planning tool – for agencies to plan with and for media owners to sell against.

This Herculean task, that I embarked on two years ago, from gathering the collaborative partners together, going through a 10 month tender process to a successful questionnaire design workshop, has seen the light of day and come to fruition, a proud moment indeed! – Clare O’Neil, CEO, Broadcast Research Council.

For more detailed planning, agencies need multimedia planning tools, but as media consumption in each of the traditional media silos become more complex, the more difficult it becomes to deliver a single-source multimedia survey with the same granularity as the independent currencies.

Our new ES is an ambitious one, as the only way to deliver multimedia data is to integrate the existing currencies. That requires a hub survey of some description – with top-line data for ALL media with hooks to allow the integration of the separate currencies (for example BRC TAMS, BRC RAMS and the PRC’s print currency) to the hub to create an integrated planning database.

By the time Higgs illustrated an innovative, new approach to market segmentation, that being his proposed idea of developing a new Living Standards Segmentation model, which is both more discriminating in terms of wealth and more descriptive of how people live, the room was abuzz with excitement, enthusiasm and optimism!

In fact Higgs got a standing ovation. It was unanimously agreed that the TNS segmentation approach would be tested and piloted before he creates his gold standard for this market, prior to going into field.

All told, in my view, the day was a great success; after the workshop I saw an industry coming alive again, excited, happy and rearing to go. The four industry body silos have come together to form those four strong pillars that will serve to hold up our new ES.

We have a way forward, with timelines and deadlines, we have our next crucial workshop on sampling and weighting scheduled for 16 March (as TNS have been briefed to create a bespoke sampling framework for this study). The questionnaire will be in pilot, along with cognitive testing before we go live and into field on 1 July, with the industry-wide release of this data-set scheduled for February 2017. 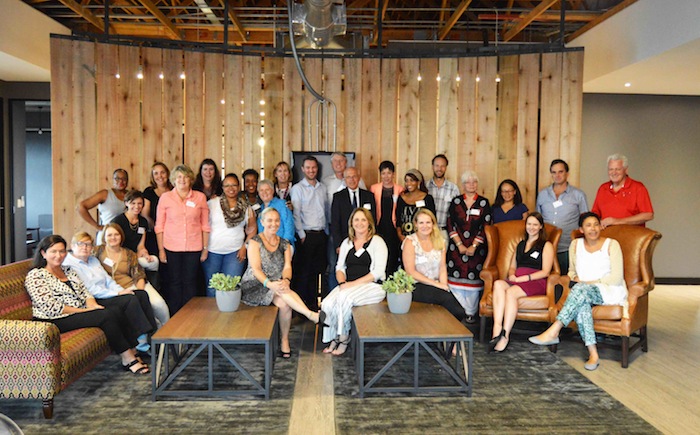