Getting under the skin of… technology and Baby Boomers 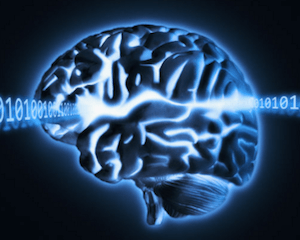 He might have retired, but Harry Herber hasn’t lost his voice. As of today, he will be contributing a monthly column to The Media Online in which he will ‘get under the skin of’ something impacting on ad world.

Hell, I feel I was at the birth of digital technology. So I’ve lived with it longer than any of those who were born into a world with a cyber world. So step aside Generations Y & Z, I’ve seen it all. From alpha to omega – I’ve lived and functioned through the spectrum of “new technology”.

And I used to worry that it will all get beyond me. The world will be overtaken by it. Jobs lost. Functions lost. Who needs accountants- machines can do it. Engineers? No way, we just need savvy programmers. Goodbye advertising booking clerks, media buyers, and even planners. The algorithm will sort it all out.

But it’s not all bad news if you live in South Africa by the way. We are lucky. We’re immune to a lot of automation. For instance, Forbes says that the two jobs that are contracting at the fastest rate are postmen (-28%) and meter readers (-19%). Well think about it – we don’t get post in this country, nor is your meter ever read. Well accurately anyway…

Now the purpose of establishing my creds to speak on this topic, is that I now hold a contrary position to 99% of the world on the finite effect of digital technology on the world. I really believe we are soon reaching the stage of self-implosion! It’s just not possible for the great unwashed to keep up anymore. Nor in fact for a whole chunk of the washed in fact. Technology and digital trickery, plus a heathy dose of clever-dickery is going to spell the doom of quicker, faster, cleverer. We will revert as society to measured, understandable, cogent, and simple. Why do I say this?

Well, look at a couple of facts.

No one under nine-years-old can source anything on the web anymore. Sure Google does its job. But between pop-ups offering subscriptions that you cannot close for love or money, and full page ad takeovers that follow you when you scroll, no answer can be gleaned. Plus there are the sites that offer the solution in 35 individual pages all requiring a click-through, but the next page button or arrow is cunningly camouflaged. And know on the next page it will be situated somewhere else, requiring a micro inspection of 15 minutes before you find it.

You can’t get instructions or answers that make any sense. With call centres and Live Help all existing in China and India, no answer makes sense anymore. Especially if the responder is translating from Mandarin! Example? I tried to update my GPS. I know! I can hear the reaction who has a GPS anymore! Stupid ole fart! But I like using a GPS. The screen is a great size, plus it cost me $120 5 years ago. And Barman (no not Garmin!) told me every year I could download the new maps free.

Technology and digital trickery, plus a heathy dose of clever-dickery is going to spell the doom of quicker, faster, cleverer…

For four years it worked like a charm. Year five? Now you don’t download from the website anymore. That would make it far too easy. Now you download the “great, new, all encompassing, revolutionary app” that makes things so much easier! Lucky me. Download app, fill in personal details, send sperm and saliva samples, choose password – of not less than 200 characters and requiring 125 letters, 16 in uppercase, 14 symbols, and 31 numbers. It doesn’t work. I’m no idiot. I can see they are asking for 200 characters, and when I add up the required mandatory inputs there are only 191. Solution? Who the f knows.

But luckily there’s online ‘LIVE’ help. There for my convenience. Except its off-line, having a problem, for three days straight. No worries. There’s an email service too. You send your query. It’s picked up in Shangai. The response is prompt:

“We have received your query and will revert in no less than 10 working days.”

Ten days later in answer to your query on the password your reply arrives. It reads (no joke, but with a healthy dose of hyperbole):

Barman is so pleased to be able to help you. No doubt you will be up and running in a jiffy! As far as I can see the 30x does not have Wi-Fi or Bluetooth connectivity, so you will have to use the USB interface, although Android devices also have a USB interface, I don’t know of anything that runs on an Android platform that would send files directly to the 30x via say a USB hub. The 30x does perform Unit-to-unit transfer (sharing data wirelessly with similar units), but you would have to find an Android phone that supports ANT wireless technology (they do exist apparently) and also an Android App. that would communicate with the 30x using the ANT interface.

We know this will help, and your problems will be no-more! Thanks for being a valued Barman customer!”

Heaven help us all… It could drive you to drink. 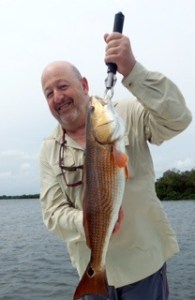