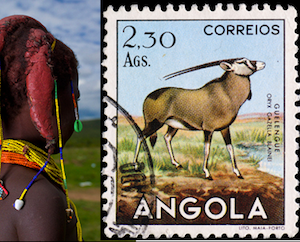 More often than not when I am talking to a client about Angola their eyes widen and they give you the ‘Are you mad?’ look.

Rightly so, because the number of stories I have heard directly from companies who have lost millions of dollars in Angola are quite staggering.

In one case, a company in the oil industry had appointed an Angolan agent to manage its operation and discovered only after 18 months that the agent had delivered nothing in terms of setting up the necessary marketing and distribution channels. This had already cost the company dearly, being a multinational it was forced to eventually find a new Portugal-based agency that put its business back on the map in Angola.

Things have been tough in Angola over the last year, but are starting to look up and it is therefore a good time to research potential for business growth.

According to the African Development Bank Group, “The Angolan economy was hard hit by the sharp decline in international oil prices, as well as a temporary reduction in oil output due to unscheduled maintenance of oil fields, and prolonged drought. Nonetheless, sound macroeconomic policies helped to ensure an economic growth rate of 4.5% in 2014, down from 6.8% in 2013. Angola will suffer from significantly lower oil prices over the 2015/16 horizon. Lower oil prices are expected to lead to sizeable cuts in public spending and a consequent deceleration of GDP growth to 3.8% in 2015. But growth is expected to rebound to 4.2% by 2016.”

The article goes on to explain some of the challenges, “Growth and equitable development are constrained by the adverse business environment, inadequate governance and transparency in the management of public resources, weak quality and maintenance of physical infrastructure, limited quality of human resources, weak agriculture growth, inefficient public service delivery to the poor, and difficulties in managing income from non-renewables to create savings for future generations.”

These challenges are real and an in-depth understanding of the business landscape is required to succeed in Angola and elsewhere in Africa. One needs to find the right contacts, understand how they work and strictly monitor performance.

This is a worthwhile enterprise, statistical projections show massive potential for business growth in Africa in the coming years. Ernst and Young in their ‘Growing in Africa: Opportunities for consumer product businesses’ forecast big things for the Africa of tomorrow. By 2020 there will be 28 million households with discretionary income and consumer spending will be US$1.4 trillion. By mid-2025 the total population in Africa will have reached 1.4 billion and by 2030 around 50% of Africans will be living in cities. As a result, there has been a rush by businesses to capitalise on the continent of opportunity.

Companies entering a new market or expanding in an existing market in Africa will benefit from market research solutions to help them better understand the supply and demand cycles unique to their business. To better understand the target market a company can do product testing, market segmentation and profiling, media efficacy measurement, supplier rating, and in the case of the retail stores, where best to locate outlets.

Companies often rely on distributors to reach their markets and this leaves them exposed and vulnerable to unscrupulous or incompetent and under-performing agents. Yet another company in Angola, this time in the tobacco industry appointed such an agent to distribute and sell its global cigarette brands.

Analysis of why the brand did not do as well as expected showed that there was an evident lack of measures to monitor the performance of the distributor in terms of actual sales, lack of market share data in terms of how its brands were performing against other brands, and a lack of insight into and engagement with the informal trade.

Traditionally, these indicators have been relatively expensive to acquire, FGI addressed this inaccessibility by being one of the first market research companies to make electronic data collection available. Mobile app technology creates a cost-effective, methodologically sound platform for periodic baseline measurement. We use this to measure critical areas of business performance along the supply and demand chains, for example snap audits on sell through data, stock levels, pricing, and point of sale (POS) material at the retail outlet level in formal and informal stores.

In terms of Angola, there are other cultural, economic and political influences that can present some major challenges making it critically important to learn and understand each unique business landscape.