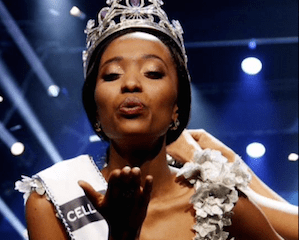 Cell C’s Jose dos Santos made more than a booboo with his ‘bitch switch’ comments. Rams Mabote, who knows a bit about reputation management, takes him to task.

I took a vow more than a year ago never to write an open letter again. But with the number of letters flying around right now, you have to agree with me that the ground is fertile for me to break my vow.

For context, let me repeat the comments you made in your interview on CliffCentral: “I’m hoping that one day when I step down from Cell C, a woman will be the CEO of the company… If I can use the term on your radio station, you know women do have a bitch switch, and boy if you see two women fighting it is worse than two men.”

You went on to say Cell C has in its staff “good-looking women, we have clever women, we have smart women, and that has created a different environment. I think we have to empower the female individuals. Today a lot of women are independent”.

Jose, you made a booboo. And that is an understatement, because misogyny, like all forms of discrimination and prejudice, are not booboos. They are an abomination and a crime against humanity.

I know you did not mean any harm. In fact, we all know that you thought you were being complimentary just like white people who say stupid things like “I like how black people smile even if they live in shacks”.

Condescending is the word that comes to mind. And your attempt at apologising did not help either.

“As a CEO with a strong track record in the empowerment of female employees, I am saddened that my stance has been taken out of context. The comment I made, when asked about woman empowerment, was part of a broader interview about leadership. I regret my choice of words which I realise were offensive.”

The excuse that our words are taken out of context is the refuge of the weak. You are quoted for what you said, that “women have a bitch switch” and “if you see two women fighting it is worse than two men”.

In my view, Jose, you missed an opportunity to be the bigger man here. You missed a chance to apologise unreservedly.

I know why. You most probably did what every average human being would do. You went to friends, colleagues (presumably junior to you) and family for advice. You sought counsel from those that depend on and support you. Hence the non-apology.

Unfortunately, Jose, life is not different from the business you run. The same way you go to auditors to review and critique your finances and processes, in times of a communications crisis, you cannot run to praise singers for advice.

You need people who will tell you hard truths but also, like auditors, offer you corrective measures that are not only meant to make you look good, but to bring back confidence to the business.

And then it got worse Jose. Your non-apology was followed by a letter by 40 of your senior female managers in support of you. In the letter, they reminded us of your good work in women development and gender parity.

They also reminded us of the work you do in supporting Miss South Africa, which you also referred to in that ill-fated interview on CliffCentral.

Believe me when I tell you, Jose, that your female colleagues did you no favours. Their letter was not helpful.

Just check social media to realise how cynically their letter has been received. Some people have gone on to say that they are singing for their supper.

Imagine how much more powerful it would have been if a letter had come from you to each of your 40 female leaders individually.

You could have written a letter apologising to each of them for insulting, patronising and compromising them and their professional standing publicly. You could have asked them to convey your similar apologies to their female subordinates.

Imagine if you told them that you sucked at humour and that in your attempt at being funny you insulted them (and their status) and all other women in South Africa and the world.

Imagine if you told them that you wished for Cell C, as it does with Miss South Africa, to play a role in producing well-groomed men who will have respect for women.

Imagine how much more genuine their letter would have been if it was in response to your letters to them?

But Jose, unlike women with a bitch switch, you did not prove to be a man with balls.