Posted By: Daniel Schmidton: May 31, 2016In: Digital
Print Email 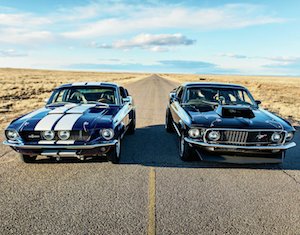 First View is a brand new advertising opportunity on Twitter that can be utilised by marketers who want to ensure a massive reach for a video campaign. In a nutshell, First View guarantees the top spot on every single timeline in a country for 24 hours, just after users log in or open the app.

Storytelling is at a crossroads – promotions need to be compelling and interesting, or they won’t make waves in the sea of brands that compete for our attention while we’re online. Twitter has its own challenges; if your brand doesn’t encourage interaction then it probably won’t be remembered once a user navigates from their cluttered timelines.

As we know, social users prefer visual ads over text promotions and First View entices participation from the outset. If a brand has a strong and appealing video, it’s a great way of getting retweets (and hopefully even getting a message to trend on Twitter). A good social media team works on developing unique and memorable moments. Whether a client is launching a new product or an activation, the platform is best utilised when users are given entertaining, actionable content.

An example of this is the first ever First View campaign on the African continent. The campaign was commissioned by Ford South Africa, who wanted to go beyond the ordinary and draw substantial attention to the release of their 2016 Mustang. Johannesburg based digital agency for Ford, Blue Hive, and social media partner, Mark 1, collaborated to run the campaign. It went live on Sunday, the 17 April 2016 with the hashtag #FordMustangDay, a reference to the 17 April 1964 unveiling of the first Ford Mustang by Henry Ford II.

The timeless two-seat, mid-engine sports car was first bought by Gail Brown, two days before it was released nationwide at the World’s Fair in New York City. Fifty-two years later, Ford has released its 2016 model, a modern version of the original classic.

Did you know, the first ever Mustang buyer in 1964 was a woman? #FordMustangDay pic.twitter.com/oS3L4QhNGG

The #FordMustangDay First View campaign had the unique challenge of being the first of its kind on the African continent, which meant that the parties involved had no previous exemplary work or case studies to use as a guideline.

Through the concerted efforts of Blue Hive and Mark 1, the campaign was a success when you see the results: