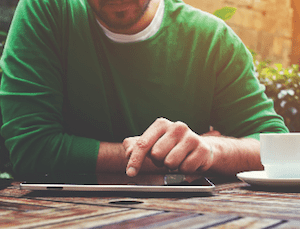 “As the champions of the digital industry in South Africa, we are excited to drive a project that gives the media and marketing industry an accurate view on online spend. The report will enable the local advertising industry, particularly digital buyers and sellers, to compare the size and growth trajectory of internet revenues to other media in our market,” said IABSA CEO, Josephine Buys.

PwC works with the IAB globally to give a view of the total market size and changes in digital adspend. Similar criteria are used across all regions, making it the most comprehensive measure of online and mobile advertising.

One trend that is on the IAB’s radar is programmatic buying, which is only just beginning to have an impact on the advertising industry in South Africa. IAB Europe saw an increase in the market of 70.5% between 2013 and 2014, so it will be interesting to note if the data shifts in South Africa’s 2015 survey.

The IAB is encouraging all its members to participate as a larger dataset results in richer, more precise insights that the industry stands to benefit from.

“Every company that participates in our study is guaranteed complete confidentiality,” says Buys. “All data is directly supplied to PwC with no IAB staff or industry volunteers coming into contact with it. The reported data is made available as aggregate data only. The result is an extensive snapshot of today’s digital advertising industry whilst maintaining the confidentiality of individual responses.”

“The more we accurately and comprehensively track trends in adspend, the more we can effectively predict which approach is more effective. It empowers our advertisers, publishers and agencies to operate in tandem with the most impactful practices in advertising.”

Buys says the IAB has already seen an increase in interest in the survey this year, has called on the whole industry to participate to ensure the report is as substantive as possible. “We look forward to communicating the results and contributing to a vibrant digital industry in South Africa.”

The 2015 adspend survey launched on 1 June 2016. Members are required to complete and submit directly to PwC on or before 15 July 2016. PwC will aggregate the data and launch the aggregated results publicly in September 2016.