LATEST NEWS
Home Advertising Diary of a #CannesLions2016 judge: Duking it out for a Grand Prix

Diary of a #CannesLions2016 judge: Duking it out for a Grand Prix 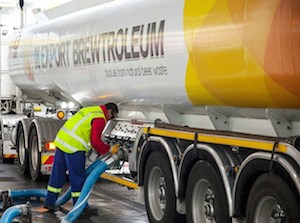 Eoin Welsh is one of nine South Africans elected as judges at this year’s Cannes Lions Festival of Creativity. Cannes judging is not for the faint-hearted…

Whittled in turn down to 50 Bronze Lions, 32 Silvers, 24 Golds and one Grand Prix.

Yesterday we emerged blinking into a world where the zombie apocalypse had happened … no, wait, that was just us looking at reflections in the Christian Dior shop window.

This Cannes judging thing ain’t for the faint-hearted.

But it is for anyone with a passion for phenomenal ideas and wonderful executions – even though you’re being force-fed the world’s entire stock of genius communication thinking in one week. Kinda like a hot dog-eating contest where the hot dogs are the most amazing things you’ve ever tasted, but you’re trying to cram down 50 of them in five minutes.
Or something.
I’m sure there’s a better analogy, but since my brain is now officially fried, it’ll have to do.

It came down to two genius pieces of work duking it out for grand prix – and I do mean duking it out, because the jury was hung, with both campaigns receiving equally passionate support.

And not surprising, since one was an eco-friendly petrol made from the waste products of beer, and the other was a retailer who, on the biggest retail day of the year in the U.S., closed for the day.

‘Brewtroleum’, a New Zealand campaign for Heineken, genuinely found a way to take the leftovers from the brewing process and transform it into a bio-friendly petroleum that is now being sold across Kiwiland.

Their message? Drink beer and save the world. Now there’s a cause I can get behind.

‘Optoutside’ was the retail promotion for U.S. outdoor equipment giant REI on Black Friday, the U.S.’s biggest retail sales day. What did they do? Closed every one of their stores for the day and told their customers to go enjoy the outdoors for the day instead.

In the end, Optoutside pipped it – purely by feeling marginally more appropriate in the promo and activation category. The Brewtroleum supporters didn’t feel bad – rest assured it’ll win a grand prix in another category.

So go check them out at the links above, then go on to the Cannes website and look at all the prom & activation winners.

What you’ll see is that a category that was once synonymous with half-off pricing, coupons and silly competitions, now has – as well as the above – a 4×4 built to work on the moon, a school bus that takes kids to Mars, a mobile game that collects data to help defeat dementia and much much more.

This category represents the best of advertising as it stands today, so to judge it was to see at a glance where the world of communication is headed.

Which seems a fair trade for a few late nights and too much coffee.

Eoin Welsh is chief creative officer of Havas WW. His blog is published with permission.