Reality bites: Into the land of ice and polar bears 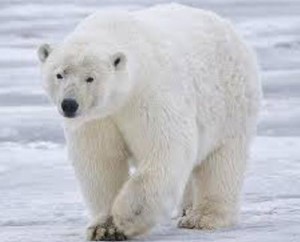 Imagine living in a place where the average summer temperature is between 4°C and 6 °C, and at any moment you could be attacked by a polar bear. If you can’t picture this, then BBC Earth’s new documentary series, Ice Town: Life on the Edge will provide some fascinating insights. Michael Bratt spoke to Kirsty Hanson, executive producer and commissioning editor for BBC Worldwide, to find out more.

The series explores the lives of 10 of the inhabitants of Svalbard, an inhospitable series of islands situated halfway between Norway and the North Pole. They live in the world’s most northern city. Every day their lives are challenged, from freezing temperatures to three consecutive months of no sunlight to avalanches to the possibility of polar bear attacks.

Every resident has to carry a rifle at all times in case of the latter and the joke in the community is that it is the only place in the world where you can go into a bank wearing a balaclava and carrying a gun and still get service with a smile.

Explaining how the idea came to be made into a documentary series Hanson says BBC Earth  was  looking for ideas in that sort of area, extreme living, off the grid. “That sort of thing would fit very well with our Earth channel. And a company pitched us the idea which was slightly more wildlife based actually… and it just sounded like a really incredible proposition”. The other major benefit of the series is that it has international resonance, something the BBC looks for in all its programming. At any point in time, 46 nationalities are represented in Svalbard.

… it is the only place in the world where you can go into a bank wearing a balaclava and carrying a gun and still get service with a smile.

The cast consists of quirky characters including Norwegian/British tour guide Mats McCombe, US journalist Mark Sabbatini, who used to work for the LA Times as a crime correspondent but has now moved to a place with no crime; Wiggo, the local taxi driver, and the northern-most priest Leif Magne Helgesen, originally from Madagascar, just to name a few.

Hanson says in most cases people looking for adventure planned to stay in Svalbard for just a year, but end up staying much longer. “The people are fascinating, the place is beautiful and cinematic and extreme and like nowhere you have ever been before, and all the Alaska series have been very popular, but this is a little different,” she says.

The cast was chosen to represent a diverse group of people, with different jobs and personalities to try and give something to every viewer. “It just felt like TV gold to me. If you had them in a line-up of usual suspects, you would just think… WHAT?”

Aside from the people, the town and area in which the residents live is a character in itself. With freezing temperatures, the threat of avalanches, ice flows and polar bear attacks, and the presence of the Northern Lights other quirky features stand out. At the one shop in the town, a bottle of milk can be more expensive than whisky. The situation is not a walk in the park and yet people choose to come and live in such a place.

Troubles with the shoot

The filming of the series lasted around nine months, with a Christmas break in the middle during the dark period. But it wasn’t all smooth sailing. Two incidents in particular disrupted the schedule. During the break, the worst storm in 30 years hit the region, causing an avalanche that flattened lots of the houses and killed two people. A person from the crew was sent back to cover the aftermath of the disaster, but the deaths rocked the community.

The other incident involved a polar bear which wandered too close to the town. An expert marksman tranquilised it, before it was loaded into a helicopter and relocated away from the settlement before it regained consciousness.

“These things are part of the everyday existence and we just wanted to cover things in a very authentic way, because that’s what viewers are looking for. They want real, true, live, authentic series … If something is really heavily formatted for TV, I think we are moving away from that,” Hanson explains. She adds that there needs to be some real world relevance with programmes and that BBC looks for shows “that feel like an hour well spent, it has to be entertaining”.

Competition in the nature documentary space

There is no shortage of content when it comes to nature documentaries as you have BBC Earth, along with National Geographic, Animal Planet and the various Discovery Channels airing programmes. When asked how BBC Earth tries to stay ahead of its competitors, Hanson responds that it has to do with offering something different. “We try to constantly find unique, distinctive ideas. It’s hard, it’s a tough market… but I feel Ice Town is one of them. You get pitched loads of ideas and there is nothing wrong with them, but they just don’t feel different enough… just finding a slightly different way in.”