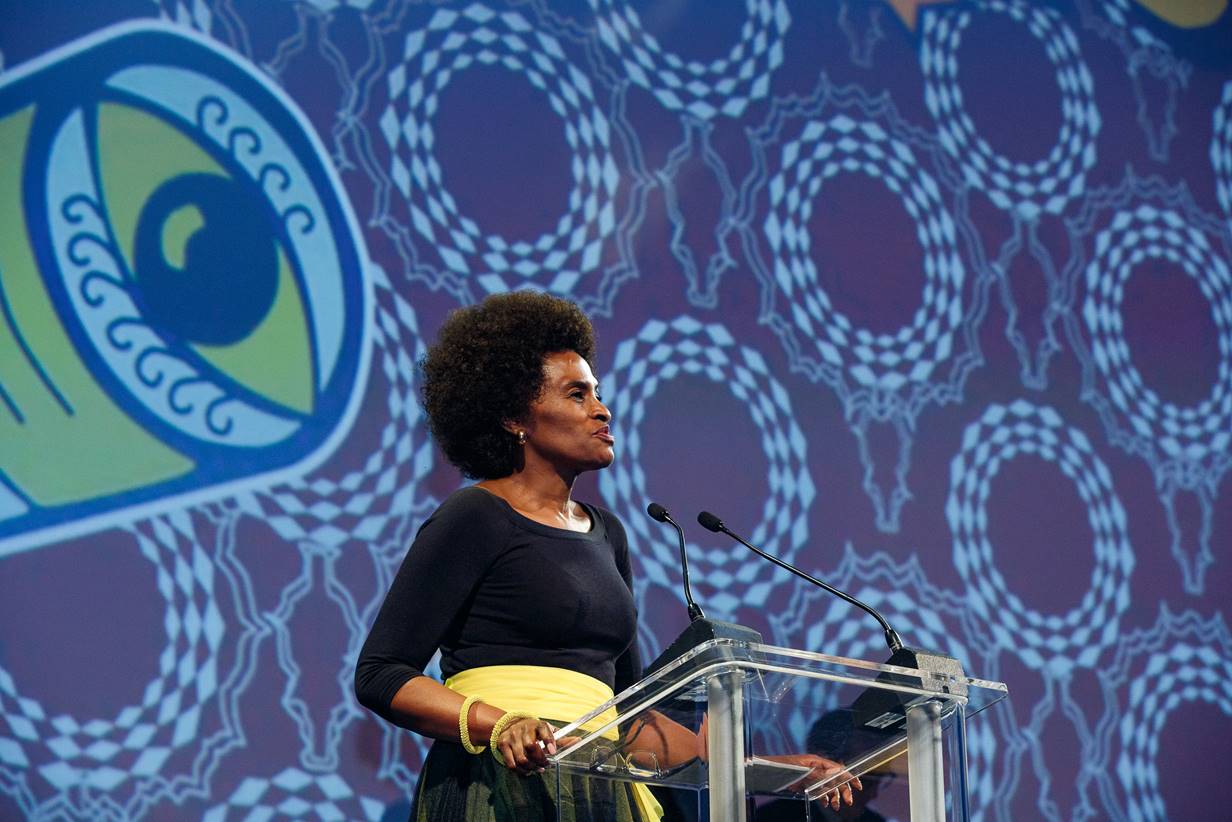 Nunu Ntshingila-Njeke, head of Facebook Africa, has become the first woman inducted into the Loeries Hall of Fame. The award was made during the final awards ceremony of the Loeries 2016 on Sunday at the Durban International Convention Centre.

Loeries CEO Andrew Human said the award recognised Ntshingila-Njeke’s unwavering commitment to the creative spirit of the industry over many years.

A veteran of the South African advertising space, Ntshingila-Njeke helped turn Ogilvy & Mather South Africa into the formidable agency player it is today. In her new role as Head of Africa for Facebook, she’s charged with building the social network’s commercial presence in South Africa and the continent as a whole.

“It is an incredible honour and career highlight to receive this award from the creative fraternity. I hope this award continues to inspire young women to find their voice and to ensure opportunities for them to thrive in the creative industry”, said Ntshingila-Njeke on being awarded the accolade.

“I am excited about the journey that Facebook and Loeries are taking to invest in and grow the next generation of creatives in a world that is more open and connected. I believe in the power of technology to enable and drive creative ideas that will ultimately change humanity for the better.”

In her many years at Ogilvy, becoming chairman in 2012, she oversaw the agency’s evolution into a diversified communications group that delivered integrated, effective and award-winning work for South Africa’s biggest and most well-recognised… brands, including DStv, SABMiller, KFC, Cadbury, BP, Volkswagen and Coca-Cola. She has served as a director on the boards of Old Mutual, the V & A Waterfront and Transnet.

Ntshingila-Njeke also worked as the communications director for Nike South Africa, and holds an MBA from America’s Morgan State University. She has received numerous awards over the years, including a Lifetime Achievement Award from the Financial Mail and an AdReview Lifetime Achievement Award for her contribution to the advertising community and industry of South Africa.

New chairperson appointed for the Loeries

Suhana Gordhan, creative director at FCB Africa, has been named the Loeries’ newest chairperson. She takes over the reins from Neo Mashigo who completes his two-year tenure this year.

“I am honoured to take on this role as Chairperson and look forward to serving the Loeries. The Loerieshas always been about shining a light on creative excellence, and I hope to play a part in continuing to uphold the iconic creativity that comes out of this continent. As a woman, I consider it a privilege to be able to use my own experiences and that of my esteemed peers to invest in, and to inspire other young women coming up in the industry to unleash their own power of creativity and to aim for those Golds and Grand Prix awards,” says Suhana Gordhan.

The current creative lead on Wimpy and Coca-Cola South Africa, Gordhan started in the advertising industry in 2001 and has worked on some of the country’s most loved brands at agencies such as Ogilvy, Black River FC and Net#work BBDO.

Some of her award wins include a Loerie Grand Prix, Black Eagle, Gold Pendoring, Creative Circle Ad of the Year, a Silver Pixel at The Bookmarks and a Cannes Silver Lion.

She’s passionate about the art of copywriting, building client relationships and working together to make iconic South African work.

Gordhan has a strong commitment to South African creativity and was previously nominated to join both the Loeries Board and the Creative Circle Exco. She writes an opinion column about advertising and marketing for Business Day. Furthermore Gordhan was invited to be a judge at the international festival of creativity, the Cannes Lions in France this year.

Says Brett Morris, Group CEO FCB Africa: “Suhana is a highly respected and seasoned creative director who leads with an uncompromising focus on creative excellence but never at the expense of the bigger picture.  I think she will bring a fantastic perspective to the leadership of the Loeries in all that it aims to achieve.”

A total of 316 awards were handed out over the two nights selected from 3112 entries from 22 countries across the Africa Middle East region. There were eight coveted Grand Prix winners with Nando’s the big winner of the awards scooping two.

Commenting on the standard of work Jury President Laura Jordan-Bambach Creative Partner, Mr President London said, “We have seen some beautiful pieces of work that have the spirit of a very modern Africa and the broader region; very different to what you see elsewhere and it doesn’t feel like it was made in London or New York“.
All the winners

Of the special awards, Yegs Ramiah, chief executive of brand at Sanlam and Santam was given the Marketing Leadership & Innovation Award.

First staged in 1978 to support South Africa’s television advertising industry, the Loeries have since expanded to encompass all areas of brand communication throughout Africa and the Middle East.