LATEST NEWS
Home Out of Home OOH: Travelling down a new ROAD

OOH: Travelling down a new ROAD

Posted By: Britta Reidon: November 17, 2016In: Out of Home
Print Email 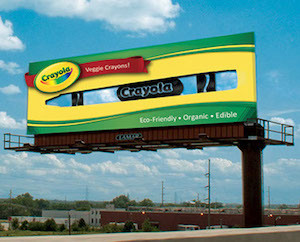 Indications are that 2016 has been a fairly good year for out of home: The Advertising Association/Warc (World Advertising Research Centre) Expenditure Report in the UK recorded investment to be almost four points ahead of forecast for Q2, resulting in a 9.6% YOY growth. Across the pond, the OAAA (Outdoor Advertising Association of America) reported a 4.1% increase in investment for the second quarter of 2016 compared to the previous year.

While this healthy situation is partially attributable to the development of digital out of home, Stephen Freitas, OAAA chief marketing officer, stresses that even traditional printed formats had achieved “impressive increases for the year. This reflects the value of OOH in connecting with audiences of all types, because it generates some of the highest levels of reach among consumers”.

The major players in our local industry are certainly intent on proving the value of out of home to advertisers and agencies. JCDecaux, Primedia Outdoor, AdOutpost, and Outdoor Network are the current members of the Out of Home Measurement Council (OMC), which is poised to launch their national Roadside Outdoor Audience Data (ROAD) early in the new year.

This ambitious project, which has been several years in the making, is a remarkable piece of hybrid research. It blends the results of a travel survey of over 15 000 respondents, carried out by Ask Afrika, with satellite imagery and big data reflecting traffic flow to generate traffic flow. There is a certain swagger in the claim that the company supplying the satellite data, Digital Glove has access to more data than Facebook – apparently some 100 petabytes. (To help understand the impressiveness of this Deloitte Analytics has estimated that if you counted all the bits in one petabyte at one bit per second, it’d take 285 million years.)

Added to this, the geo-plotting of media owner inventory, together with visibility calculations based on each site’s placement in relation to the passing traffic, are used to generate audience estimates. All in all, it delivers state of the art out of home research to the South African industry.

When I first entered the industry, the outdoor sector had a slightly disreputable edge to it – epic parties and colourful characters, but actually planning and buying the medium was an arduous business of wading through site photographs, questionable traffic estimates and rates. Of course, any serious outdoor advertiser had a dedicated specialist out on the road assessing and checking sites.

Emotion and one upmanship were powerful influences in site selection. Over the years there were efforts at improvements, small studies research were undertaken, media planning software was made available, SAARF investigated improvements and the outdoor companies became more corporatised, but planning and buying remained a tricky business.

With the ROAD data and the Quantum software planning, the OMC now facilitates the scientific planning of outdoor. It will be possible to plan a national campaign based on demographic targeting and assess its delivery in terms of reach and frequency, impacts and ratings and cost efficiency – all the metrics which planners apply to their assessment of other media.

Alternatively it could be planned on the basis of proximity to so-called points of interest, perhaps motor dealerships, fast food outlets or retail stores. Sitting at one’s desk, it will be possible to view mapped site locations and look at a google street view of the sites, or simply specify the campaign parameters and let the optimisation module do the work. A recent test drive of the Gauteng data produced convincing and sensible results for a mid LSM target market, and I could see how the data would be invaluable for media owners to assess and price inventory, not to mention prune it or strategise site development.

One could raise a few quibbles: The survey will not align with the new Establishment Survey, which reflects the entire adult population and not just areas with more than 8 000 residents. The initial study focuses on static roadside formats, and more specifically, on billboards. It is envisaged that multiple non-profit companies will be set up by the relevant industry players to provide audience data by the key sectors e.g. static transit, moving transit, retail/malls and in store.

Only the information for the funders’ sites will be published: There is hope that smaller media owners will club together to enable them to afford the entry level membership to the OMC. The release of any inventory packages to the media agencies will require constant updating to be relevant. The system does not facilitate the real–time buying, but it could. Potentially the data could be linked to branded information through Ask Africa’s TGI survey, which serves as the establishment survey for ROAD.

Besides partnering with Cuende Infometrics, an innovative Spanish company specialising in out of home audience measurement, the OMC has ensured that there has been strong technical oversight, by engaging Kuper Research in an advisory and supervisory role. Anticipating the cynicism of the industry, it has the ESOMAR (the slightly outdated acronym, ‘European Society for Opinion and Market Research’, for what is now a global research organisation) endorsement, having followed their global guidelines on best practice in out of home audience research.

There is no doubt that this is the beginning of a journey that will elevate the stature and credibility of out of home and put it on an equal footing with other media. It is also a stated objective of the OMC to increase OOH’s share of the ad pie: Competitive media would do well to take note.

IMAGE: Crayola ad campaign. Cut out billboard allows the crayon to be whatever colour the sky is. //www.behance.net/