What’s changed in OOH media planning? Everything. And nothing 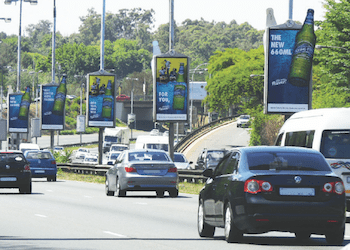 The new OMC planning tool has the potential to reveal what is and what isn’t working, and there’s a strong possibility that it will turn OOH media planning on its head.

The Outdoor Measurement Council’s (OMC) groundbreaking research and audience measurement planning tool called Quantum has just gone active and it’s way too early to tell what impact this new research and measurement metric will have in the out of home space. Make no mistake though, it has the potential to reveal what is and isn’t working, and there is a strong possibility that it will turn OOH planning on its head.

Quantum will provide significant metrics such as proper reach, frequency and more guaranteed and scientific figures, which will speed up the media planning process which at the moment is quite time consuming and admin intensive. The metrics will also take site subjectivity out of the equation – objectivity is good because we as people can sometimes favour a site for personal reasons and end up pushing it more than we need to. Now we’ll have the numbers to back it up to say whether a site is really a good one or not.

One aspect of the planning tool that we’re really excited about is that the research will highlight the real hidden gems within our busy cities and metropoles, and hopefully in the quieter areas as well (traffic wise). For instance, billboard space on a road like Rivonia is always popular with clients and buyers alike because of the obvious heavy traffic and the supposed high income earners that frequent it. However, Quantum may show these sites to be less effective than we think they really are.

We will now be able to calculate accurate CPMs and again, that ‘out of the way’ site may be well worth proposing to clients.

The research should also shed some light on the economic efficiencies (or inefficiencies) of some OOH media types over others and that is going to be fascinating to delve into. The popularity of large construction wraps that are believed to be so impactful, but pricey, could well be proven to be true, or not. It might turn out that wraps are the greatest medium or even ‘little’ street pole ads once they have been measured. The detailed site by site evaluations generated by Quantum could well turn how we plan OOH on its head.

There’s a lot of subjectivity in media planning at the moment in the sense that a media owner will say it’s a great site when we feel that’s not in fact the case. Similarly a media agency could say it’s a good site based on what they know. However, with Quantum, we can unreservedly make rational decisions based on facts and figures.

Creative agencies need to pay more attention to what they put on digital OOH. I raise this issue as merely putting a TV ad on a digital screen does not work effectively. On average, a person still only has about three seconds to take in a message on a board, whether digital or traditional, so flighting a 15 second ad on the digital screen could well be a waste of money if the motorist is unable to determine what is actually being advertised. A simple permanently displayed logo would assist in ensuring all have a good chance of determining what is being advertised. I feel that this is important, as clients are paying a massive premium to utilise digital screens.

More and more we see that OOH and digital/mobile campaigns work very well together and marketers need to exploit the value that OOH can add to their burgeoning digital campaigns.

But there are also some fantastic examples of OOH creative executions in Jozi. One of these is the 3D Castle Lite can from Wideopen Platform and another is the larger than life Maxi Posters driven by Hi-YA Media on the centre island street light poles on the M1 and M2. These are usually seen in a sequence of five posters for one advertiser with a consecutive product message. Castrol Oil used this platform very effectively when it used the poles as part of the innovation, even incorporating mechanical movement as part of the message. Powerful communication at reasonable costs, but as I’ve said before, the OMC research may disprove this.

Really great OOH, the massively popular one hit wonders that usually need large production budgets that sometimes go viral, are some of the best examples of outdoor. The idea with these executions is to really stand out from the pack and be memorable, and they are. But at a huge cost, months of planning and in some cases where agencies are over promising the big idea but fail to fully deliver in execution.

One other sure way of standing out is to simply not be where the clutter is. If you’re in a cluttered OOH environment, make damn sure your creative is on point.

We’ve noticed that many clients are still opting for the traditional billboards rather than committing to their digital counterparts. I think it’s because the tried and trusted platforms with one message as opposed to being able to deliver multiple executions gives clients more bang for their buck. We do have clients that are keen to play in the digital arena but not all have the budget nor an urgent need to be on digital media.

While outdoor advertising will always have its place as a communication tool, OMC will make it more accountable and this is always good for clients and agencies alike. Being able to compare street pole ads to a spot on Carte Blanche, to a full page ad in a magazine, to another billboard will definitely take OOH planning to an entirely new unbiased level.

Craig Wallis is business unit manager for The MediaShop.

This story was first published in the November 2016 issue of The Media magazine. Read the digizine here.