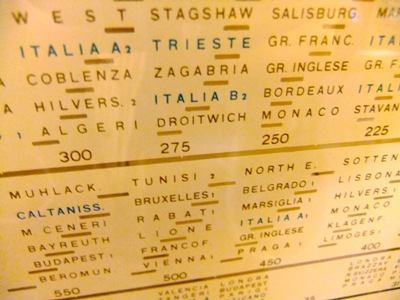 This week in Norway, they’re starting the process of switching FM transmitters off: if you want to keep listening, you’ll find most channels will only be on DAB+ (and online and on the telly).

But: that’s not the only transmitter switchoff happening in radio. AM radio is being switched off, slowly and surely, across the globe.

The national broadcasters in France and Germany turned theirs off twelve months ago. AM transmitters in the Netherlands and parts of Canada also have recently gone silent. Even North Korea just turned off their AM broadcasts of “Echo of Unification”, their information station.

The AM band has a “revitalization” program in the United States – which involves, um, additional broadcasts on FM. In Australia, some AM broadcasters are being offered the chance to convert their licences to FM altogether.

What of the future of AM?

For 10kHz-spaced services like the US, there’s HD Radio, which I unexpectedly had in a hire car in Los Angeles a few years ago. It sounds great, but is inconsistent – go under a bridge and you’ll get dumped back into analog for a few seconds, and unlike FM it’s really obvious.

There’s also the global standard DRM30, or Digital Radio Mondiale. The first commercial broadcast of DRM30 from the UK was in 2003: both Asian Sound Radio and Virgin Radio, where I was working at the time, trialled it for a while. BBC Radio Devon also gave it a shot in 2008, with mixed results. It can be an excellent technical solution, but it appears to be moving at a glacial speed: receivers, and full-time broadcasts, are still rare. It’s a real shame.

Meanwhile, more things are transpiring against AM than ever before. More buildings are being built with reinforced concrete walls, which act as a Faraday cage and block the signals. Get broadband installed, and it can wipe out part or all of the AM band. Poor-quality electronics also spew out interference; and then there’s tram tracks, high-voltage power lines and other things.

Little wonder that when the power went out for 3,000 people in Fred Lundgren’s US home town of Katy TX, he was blown away by the quality of AM radio. “AM radio without any noise or interference. It was a feast for the senses. It was beautiful,” he wrote in an opinion piece.

In many cities, AM is on borrowed time. And while you can still point to market leaders on AM in some countries, listener ages are getting older, and there are fewer young replenishers to combat the sad fact that AM listeners are, literally, dying. It’s impossible to find a mobile phone with AM inside. It’s almost impossible to find a DAB+ radio with AM inside as well. Indeed, the only AM receiver I own is in the car.

If I can predict anything about radio’s future with certainty: our distribution costs will increase, and that AM broadcasters, in particular, need a strategy. (And that can’t, just, be the internet).