LATEST NEWS
Home Digital Online Does the mass media need to dumb down?

Does the mass media need to dumb down? 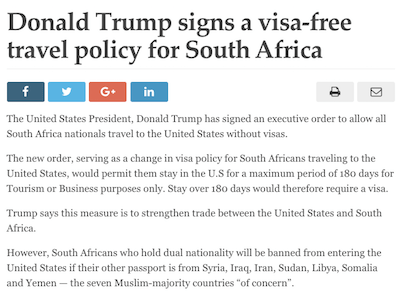 There was a time, decades ago, when the rule of thumb for mass media in South Africa was to produce content that would be understood by someone who had only managed to pass standard eight – or grade 10, in modern educational lingo.

The idea being that if the language of the media could be understood by someone with a standard eight level of education, then everyone above that would be able to figure it out as well.

This, by the way, only related to the actual phraseology, grammar and technical terminology used, not necessarily the subject matter.

But now, I have to wonder whether this rule of thumb still applies? Mainly because the advent of social media, digital platforms and more particularly, the fake news phenomenon, has possibly created a situation where even people who have passed grade 10 might be missing the point and being led up the garden path.

In my opinion, the way news is presented now needs to be on a level that is clearly understood by grade ones at most.

For example, only this week Facebook came alive with stories about President Donald Trump issuing an executive order allowing South Africans to enter the United States without a visa. This only a few days after a similar story about Trump banning all corrupt African leaders.

It was astounding to see the number of comments from people who thought this was all wonderful news. It took a long time for someone, who presumably had a Grade 2 education commented, “This looks like fake news”.

Adding to the fake news problem is the fact that leaders such as Donald Trump and Jacob Zuma along with Robert Mugabe, Marine le Pen and others are making racism, bigotry and unadulterated exaggeration and lying acceptable again.

Then a few weeks ago there was a litany of calls from the lower ranks of some political parties and the public for South Africa to ban Moody’s and all other ratings agencies and to rather have our own. As though foreign investors the world over would ignore the Moody’s ratings and base their investment decisions on South Africa’s own ratings agency. Absurd.

The problem, however, is not only the tsunami of fake news engulfing South African society but also the propensity for businesses and politicians to communicate with the public through obfuscation, lies and so much spin that if this country was a cricket pitch even the best batsmen wouldn’t have a hope of scoring a single run.

Adding to the fake news problem is the fact that leaders such as Donald Trump and Jacob Zuma along with Robert Mugabe, Marine le Pen and others are making racism, bigotry and unadulterated exaggeration and lying acceptable again.

Which is why, in the United States, South Africa and Britain and Europe, racism has reared its ugly head. Ordinary people who, up until not too long ago, were circumspect about being seen to be racists are now coming out of their politically correct closets and using issues such as the refugee crisis to become racist bigots.

And of course, the victims of these racist attacks are hitting back by being equally racist and bigoted.

All of which is being boiled in a cauldron of social media fakery and political one-upmanship.

The only way to get a semblance of order in all this mess is, I believe, to assume that the language of the media needs to be somewhere round about Grade 1 level.