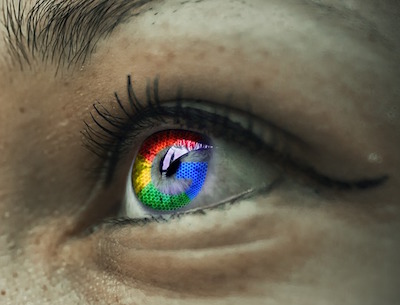 The tech revolution is coming to advertising. Chatbots are replacing humans, data threatens our privacy, and the blockchain is linking it all together.

Creativity and spectacle are becoming less important than the personal information used to target ads. The sponsored links on a Google search or in your Facebook feed are very effective, but for a completely different reason than your favourite television commercial.

When you think about advertising what comes to mind is probably the art. Memorable ads are often creative, clever or emotional. Something along the lines of a big, viral Australian beer ad, or maybe something from the Super Bowl.

These ads had a symbiotic and reciprocal relationship with the media they played alongside. Big sporting events or television shows draw a certain audience, and advertising agencies created a spectacle to match. This isn’t the game anymore.

According to Jason Kint, CEO of digital content industry group Digital Content Next, Google and Facebook captured all of the US$32.7 billion growth in digital advertising spending in the first half of last year. Everyone else’s share shrunk by 3%.

Kint’s estimate came after earlier predictions by Morgan Stanley analyst Brian Nowak that some 85% of new ad spend in 2016 would be split between these two companies.

Google’s search engine serves sponsored results alongside other results in response to user search queries. Content posted by users on YouTube is often preceded by ads that mimic many of the traditions of television ads. Google-hosted display ads also appear on non-Google websites.

Facebook uses information users have given it, such as age, gender, relationship status and location. The site uses this to display ads from advertisers seeking to target people by specific characteristics.

Although they both use some of the same social signals, it is often a slightly different process: Facebook has monetised personal data, while Google has monetised activity.

‘The internet of you’

They use specific activity (such as searching for a term like “hotels”) or status information (changing a relationship status to “engaged”) to find people most likely to be interested in chosen ads.

More recently, data generated in a more passive way – from going about daily activities like travelling to work or cooking meals – are also added to our searches and what we post on Facebook. This information is collected through in-home and wearable devices like Google Home and mobile phones.

All of this data generation and collection leads to personalisation, or what wearable device maker Jawbone calls “internet of you” – “technology tailored to you, with your own data driving the experience”.

The personalisation and precision of these new ads are changing the nature of advertising. It’s no longer about entertaining, delighting or making a personal connection; it’s about precision targeting.

It is easy to imagine gyms seeking new clients by targeting those who have shown search interest in getting fitter, enabled by online tracking, but what about using step-counting devices to promote those shoes to someone who has actually started walking just a little more?

These are the kinds of data-supported advertisements of the “internet of you”.

Such strategies pose difficult ethical questions about privacy and personal information as users may have consented to the data use without actually reading or understanding long and complex terms-of-service documents.

These approaches also upend a common and understood – although widely criticised – approach to funding internet content with display ads. As the media theorist Douglas Rushkoff put it:

We are not the customers of Facebook, we are the product. Facebook is selling us to advertisers.

But on the “internet of you”, users may find they are both the customer who purchased a product and the target of a secondary customer (an advertiser) who bought their data.

What this means for advertising

With Facebook and Google dominating, many other web publishers are at a loss as to what to do. They find it difficult to find the “right solution to the big question of driving payment for quality content”, as the founder of the website Medium recently put it.

In an end-of-year update for marketers, Google highlighted the biggest issue in this new world – trust. Companies “must find ways to reassure consumers and position their brands as trustworthy”.

One way to create engaging and trustworthy advertising is by showing an interest in what customers already care about, which is helped by knowing as much about them as possible.

However, if users find precisely targeted ads creepy or feel unable to trust the devices in their homes and on their bodies, they may push back against marketers that deploy them. That would force ad makers to look once again to content that works alongside the media it funds.