Huffington Post fake blog saga a warning to all media 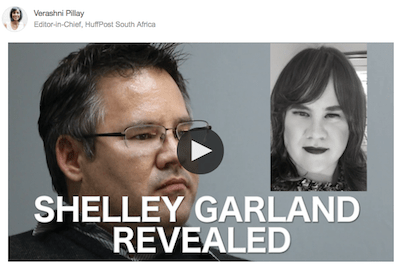 Huffington Post South Africa’s embarrassing publication of an outrageous and massively controversial blog from a fake author (now outed as one Marius Roodt who has subsequently resigned from his job) should be a warning to all news media about the dangers of using shock tactics to gain followers.

It is not in the least bit surprising that something like this has finally happened because far too many editors have sailed very close to the wind by buckling under pressure from their bosses to increase readers, viewers and listeners.

I can’t remember how many times in this column I have been in awe of this new form of journalism that replaces reportage with opinion and more often than not doesn’t bother with getting two sides of the story.

Frankly, this latest Huffington Post debacle is symptomatic of the cancer that is gnawing away at most media today. It is the reason why fewer consumers watch TV news, read newspapers or listen to the radio. It is also the reason why so many online services are stuck in the doldrums.

It is also symptomatic of a level of denialism among media management almost akin to that of our former health minister and president with regard to HIV and Aids.

A simple study of successful media shows quite clearly that those placing a strong emphasis on quality, credible content, are doing a lot better than those going all out to shock and sensationalise.

It is a denialism based on the premise that at some stage in the future a miracle will occur and traditional mass media will start rising from the ashes.

Media bosses have cut editorial staff to the bone, trimmed costs for all they are worth and bumped up advertising rates to such an extent that the actual cost of advertising today is massively expensive. Little wonder so many marketers are going for direct approaches to consumers and cutting out mass media altogether.

This denialism by media management is based firmly on avoiding the simple fact that quality content is the single most important factor in gaining readers, viewers and listeners.

A simple study of successful media shows quite clearly that those placing a strong emphasis on quality, credible content, are doing a lot better than those going all out to shock and sensationalise.

Huffington Post has learnt a tough lesson about modern journalism. Hopefully now they will put in the necessary checks and balances to ensure that idiotic articles don’t slip through the net again.

But, they are not alone because I don’t think there is a single mass medium in this country that in the past 12 months has not got something horribly wrong.