LATEST NEWS
Home Research Measuring how people live, not necessarily by what they have

Measuring how people live, not necessarily by what they have 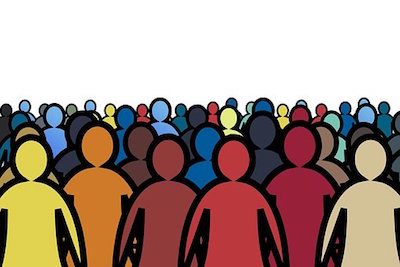 The tagline that accompanies the new model sums it up perfectly, “a measure that depicts how you live, not necessarily what you have”.

Peter Langschmidt of the Publisher Research Council (PRC), one of the bodies involved in the ES and SEMs (along with the BRC and AMF), believes LSMs completely misrepresent the South African marketplace because they haven’t kept pace with changes. None of the variables has been changed for the past seven years, he says.

It’s a bold statement, but looking at the data, it is hard to argue with him. This fact and the fact that LSMs were mostly about durables and technology, has made certain things obsolete. For example, owning a VHS machine used to be a symbol of affluence, but advances in technology have now made it a symbol of poverty. The other problem is that the percentage of people owning durable goods has greatly increased, so these factors don’t measure living standards, but rather durable goods in the home. Further complicating LSMs is the fact that it is easy to manipulate the measure of durable goods if a person uses credit to purchase appliances. They are not living a better life, merely living with more appliances, but they are now further in debt.

One of the main reasons to move from LSMs to SEMs is to better accurately reflect South African society. “SEMs speak to how South Africans live and not what they have! This household continuum is a statistically beautiful and technically elegant solution,” says Peter Storrar, TNS lead on the ES Survey. It is no secret that the country has great inequality, with big gaps between the haves and the have nots. One need only look at SA’s Gini Coefficient to affirm this. The PRC and BRC, who are funding the ES and SEMs, briefed TNS, which created the SEMs, that the model needed to be more stable and more representative. Neil Higgs drove the SEM project at TNS with his team.

The results, when comparing SEMs to LSMs, speak for themselves. The LSM shows that only 6% or one in 17 houses is in the bottom LSM 1-3 group, the SEM shows that 44% or one in 2.3 households are struggling. In terms of the all-important LSM 8-10 group, which receives over 70% of adspend, the SEM puts the number at 19% of households vs. 14% for the LSM. Monthly household income didn’t differ greatly from the LSM to SEM model with the former showing the low to high pattern just with a slight variance from SEMs.

A major benefit of SEMs is that advertisers are able to customise their search along the SEM continuum. “You are not confined to pre-ordained groups; you can set your target market at any level you want. There’s no wastage on either end as you get the flexibility to tailor it to more precisely match your target market,” Langschmidt explains.

The variables included in SEMs

The SEM cut down the number of variables it includes to 14, compared to 29 in LSM, meaning that questionnaires are shorter and easier to administer. SEMs rely less on durable goods and more on household infrastructure and community infrastructure, which changes less gradually. The only four durables that have been included are deep freezer, microwave oven, floor polisher or vacuum cleaner, and washing machine. The others are a Post Office nearby, police station nearby, built-in kitchen sink, home security service, motor car, floor material, water source, type of toilet, roof material and number of sleeping rooms.

Langschmidt concludes with another bold statement: “If you or your clients believe in fairy-tale income distribution that goes against all Census and Stats SA data and the Easter Bunny, then continue to use the LSMs; but if you believe in an inequitable distribution and the 17 million real people that receive life supporting grants each month, then you must use SEMs.”

The LSM will be run in parallel with the SEM for a period of two years.