Medium of mobile: The first screen for connected Africans

Posted By: Werner LIndemannon: May 24, 2017In: Mobile
Print Email 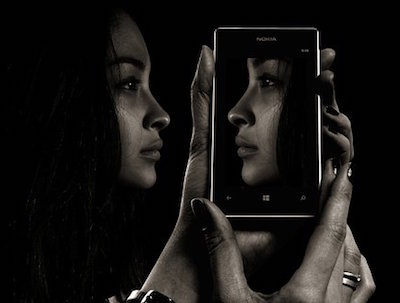 African consumers are spending more time and more time on their mobile screens as their adoption of social media, mobile commerce and mobile video accelerates. The result is that mobile is rapidly outpacing traditional channels such as television and print as the medium of choice for accessing information and entertainment.

Given the mobile phone’s central role in people’s lives, it’s worth asking whether brands and agencies in Africa are investing enough in mobile advertising and marketing. For millions of people across the continent, it is their only voice communications device, their payments channel, and their place to access news and information. As such, it should be the starting point for a marketing strategy in Africa.

Mobile has truly become the FIRST SCREEN for the connected African.

Here are a few of the trends we see unfolding across Africa’s mobile market in the years to come:

M-commerce is on the rise

Across Africa, we are seeing mobile commerce rise, whether we are talking about online shopping or a simple USSD-based transaction such as a farmer buying microinsurance. A report from We Are Social’s Digital in 2017 report shows that 78% of Web pages served to Web browsers in South Africa are served to mobile devices. The number is greater than 80% in East & West Africa.

It stands to reason that mobile phones rather than desktops will dominate e-commerce in Africa. Brands should be thinking about how they can make it as easy as possible for people to convert and buy from their mobile devices – many online advertisers and stores still take a desktop-first approach.

Feature phones have never gone away

International Data Corporation (IDC) just released some interesting stats showing that 215 million mobile handsets were shipped in Africa during 2016, up 10.1% on 2015. Contrary to the narrative of feature phones dying out and smartphones replacing them, feature phones accounted for 56% of the market. Smartphones only grew 3.4% year on year, compared to the double-digit growth of the years before.

One reason for this might be that volatile exchange rates caused users to shop for lower cost feature phones rather than pricier smartphones. But there are many sub-$50 smartphones on the market–perhaps many users just aren’t happy with the user experience they get from a low-cost smartphone? High data costs possibly also put off some end-users from migrating to smartphones.

Following from the point above, many of Africa’s most powerful mobile applications have come from using basic GSM technologies like SMS and USSD. M-Pesa, for example, is one of the most widely used mobile money transfer services in the world, and it was created in Kenya back in 2007 using nothing fancier than USSD.

In many cases, the technical limitations of feature phones and a lack of mobile broadband have spurred innovation—necessity is often the mother of invention in Africa. This highlights the fact that marketers need a multidimensional approach to the complex and fragmented market in many African countries—mobile web pages for feature phones, apps for smartphone users and USSD/text services for basic phones all have a role to play.

There are many innovative ways that brands can reach the “feature phone consumer”, from bulk SMS, to Please-Call-Me, to gamification through USSD.

Mobile video is getting bigger

Thanks to falling data prices, Africans are starting to take to mobile video. According to research from Twinpine, 78% of Kenyans and 60% of Nigerians online watch videos using their mobile phone. Given that numerous international studies show that consumers find video ads to be more attention-grabbing and engaging, there is certainly scope for African advertisers to be making more use of video formats in their advertising. That is, provided they use bandwidth-targeting to ensure that they only address people with faster connections with their ads and use light formats that don’t drain too much of their audiences’ data.

Radio and mobile integration will make a happy pairing

Aside from the mobile phone, radio remains the largest reach and time spent engaging channel in most parts of Africa. Mobile phones with FM radios are popular in many parts of South African and on the continent. Regional radio, with its sense of community and its information relevant to the listener’s context, does well in many African countries.

Our experience in South & West Africa is that radio can work together well with mobile, through social media, SMS, and voice notes on station apps. Radio remains an immediate and highly interactive medium, with a high degree of mobile integration, yet often overlooked synergies with mobile.  Mobile is the great amplifier of audiences, broadening the reach to like-minded communities.

African brands should think about their marketing and advertising in a more integrated and holistic manner, but weave mobile into their campaigns where it makes sense. Mobile is a powerful channel in its own right, but can multiply the value of investments in print, PR, TV, outdoor and radio.