Prince Philip retires … with a final masterclass in media manipulation

Posted By: Laura Clancyon: May 09, 2017In: Communications
Print Email 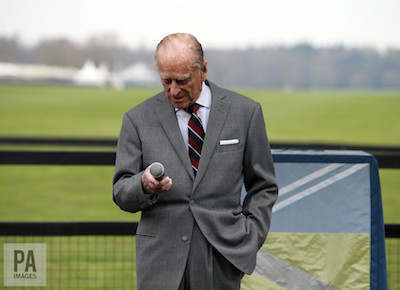 Buckingham Palace’s announcement that Prince Philip is retiring in the autumn is a masterclass in triggering media spectacle.

Media industries around the world instantly went into meltdown over what is actually a fairly minor revelation: a 96-year-old man will retire. But following the event as it unfolded on May 4 was deeply revealing of the way in which the British monarchy operates in the 21st century – and the power it still holds over popular opinion.

News started to break around 3am that all of the Queen’s staff had been asked to travel to London for an “emergency” meeting. Within minutes, rumours were flying on social media that either the Queen or Prince Philip had died. These were later picked up by The Sun, who ran with the story before having confirmation.

Speculation continued on Twitter on the #BuckinghamPalace hashtag, while TV and radio reports remained silent. Finally, at 10am, Buckingham Palace released a press announcement stating Prince Philip’s intention to retire in the autumn. That was immediately released as breaking news in all major newspapers. The BBC News channel ran non-stop coverage of the event for the next two hours.

The embargo on the announcement triggered a whirlwind of anticipation; because it was so secretive, people assumed something major had happened. The monarchy is perhaps one of the only institutions that doesn’t abide by the 24-hour news cycle. As leaked plans for the Queen’s death have revealed, a newsflash will go out to the Press Association at the exact moment a footman in mourning clothes pins a notice to the gates of Buckingham Palace. The implication here is that this news is so momentous, a breaking news tweet would be discourteous.

What happened with the announcement of Philip’s retirement is the exact same sentiment: Buckingham Palace manipulated the news cycle by making everyone wait until it was ready to announce it. The monarchy doesn’t need to comply with the norms of news in the 21st century because it’s the monarchy. It’s above the necessity of timing news to fit with news cycles. News cycles come to it.

However, this is definitely not to say that the monarchy is above the news cycle itself. It has an experienced PR team, most of whom have worked in various media corporations before. This demonstrates a recognition of the importance of the media for running an institution successfully.

The people working in Buckingham Palace will know exactly how to package royal news in digestible ways. Their manipulation of the news media in this instance reveals that they know how to whip up a frenzy of speculation – and they know how to create a media spectacle which could easily have continued for hours. Buckingham Palace has shaped the story exactly as it wanted.

The fact that mere rumours became a media spectacle is also revealing of how the public sees the monarchy. People awaiting the announcement and “praying” it wasn’t a death demonstrates how British attitudes towards the monarchy are so much more complicated than them just “being good for tourism”. There are deep, emotional and affective connections which operate in intimate ways.

We saw this come into play just a few days before the Prince Philip announcement, when Kensington Palace released a new photograph of Princess Charlotte for her second birthday. What is ostensibly a nice picture of a little girl was published on most major news sites, and led to John Lewis selling out of the cardigan she was wearing in the image within two days of its release.

We can also see it in the way republican Jeremy Corbyn is treated by the mainstream media when he demonstrates the slightest sniff of anti-monarchy sentiment. People who actively oppose the monarchy in a political context are, for the most part, marginalised by the establishment. Even though people demonstrated annoyance once the Prince Philip news turned out to be minor, it doesn’t alter the frenzy which was taking place minutes earlier over the possibility someone had died. What people say and how they feel and act is, in this case, very different.

This event has demonstrated, perceptibly, the ways in which the monarchy still retains the power to manipulate both news media cycles and public opinion. The fact the Royal family managed to embargo a news story for hours, with most mainstream media sources not even speculating on what was happening, shows a notable level of influence and power, as does the usual lack in BBC coverage of any anti-monarchy commentary. Yes, it turned out to be a minor news story, but what it revealed about royal media power is fascinating.

Image: Then one simply drops it. PA/ Steve Parsons