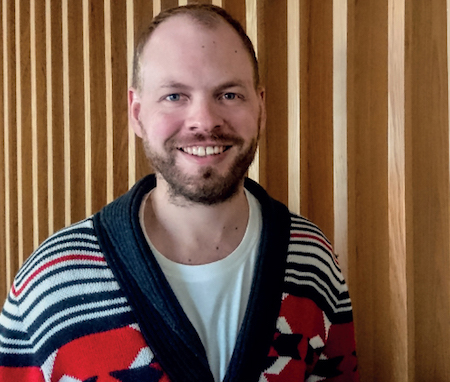 A South African data scientist who heads up Kantar Innovation’s global data science team and knowledge management at the Kantar TNS Global Brand Equity Centre, has won silver in the Admap Prize 2017, an award that “encourages and rewards individual excellence in strategic thinking in brand communications”.

Kyle Findlay, who is based in Cape Town, entered WARC’s annual essay competition writing on the topic ‘How should TV and social media be used to maximum effect?’. It was won by Thomas Henry, senior strategist at Mother New York, who wrote a paper titled, ‘Prioritise TV for long-term brand growth’.

Findlay said he was prompted to enter the competition at the last minute by colleagues in the company’s marketing department who had sent out a call for those who “might have something to say” to contribute.

“I obviously had a fair amount to say. It was very last minute though, so after some serious contemplation about the topic in the shower over the weekend, I finally wrote something up on the Sunday evening ahead of the submission deadline,” Findlay told The Media Online.

His essay, ‘Four tips for using TV with social media’, was described by judge Gareth Kay as a “terrific data-informed point of view on how social and television can most effectively work together. It’s a very practical and actionable framework, not just a good model of thinking”.

Findlay says his paper was a “synthesis of the work that my team and other teams in Kantar have done on Twitter networks, creative content evaluation and other related areas all within the context of television. How do we evaluate what good content looks like? How does good content get shared on Twitter? What is the interplay between Twitter and television around well planned and executed campaigns? That kind of thing…”

Asked what the judges had said about his essay when he was told of his win, Findlay said, “That’s a good question. They didn’t actually say much beyond, ‘Your essay was greatly enjoyed by the judges’.”

As part of his prize, Findlay will attend an Admap celebration event at the Cannes Lions Festival of Creativity on Wednesday 21 June when a panel of experts will discuss this year’s essay topic.

“Last time I was in Cannes, I was an 18 year old backpacker so I expect things to have changed a bit since then. I know I have :). It’s great that the award ceremony happens during the Cannes Lions Festival. I really have no idea what to expect though since I’ll really just be arriving, hanging around for a bit (doing some work), attending the awards ceremony and dinner, and then flying on to Munich for some further business meetings (might as well make the most of it since I’m going all that way). Maybe I’ll stumble into a boozy, Mad Men style party along the way. If I do though, I’m sure what happens in Cannes stays in Cannes,” Findlay says.

Colin Grimshaw, editor of Admap, organiser of the prize, said in a press release that he was delighted with the response to this year’s Admap contest, now in its sixth year. “We were impressed by the volume and quality of the essays submitted based on the topic motivated by P&G’s famous declaration last year of an about-face in its marketing strategy, which has prompted many brands into re-thinking their ad budgets,” he said.

All award-winning essays are published in the June edition of Admap magazine and on warc.com.