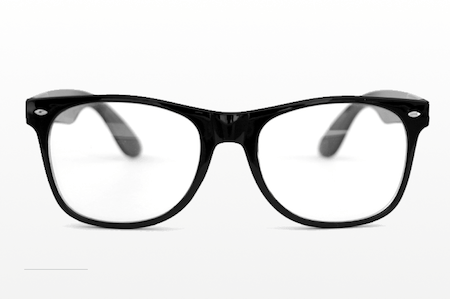 Creating beautifully simple solutions for an increasingly complex world. This is the ethos by which M&C Saatchi Abel does business. Oh, and some “brutal simplicity of thought” too…

The group hosted an industry briefing to showcase not only what it has achieved since its inception in 2010, but also to clarify the roles of each of its businesses. Interesting industry trends were discussed, with the agency’s team giving their views on challenges, opportunities and lessons learnt.

Tough times for all

There’s no doubt agencies are experiencing challenging times and harsh trading conditions. Many a conversation centred on the demise of Jupiter Drawing Room Johannesburg, with people reacting with disbelief at the news that the powerhouse agency was shutting its doors. [The agency has become Black Powder, a 100% black-owned operation now run by two former Jupiter staffers, Gugu Madlala, and Sizwe Kumalo.]

“They say it’s not the largest that survives but that which is most adaptable to change,” said Mike Abel, founding partner and chief executive of M&C Saatchi Abel. “The fact that we were born in a down-turned economy and we’ve just experienced tough times since 1 February 2010, we’re quite match fit in this environment.”

Transformation: A conscience not a choice

“I’ve always thought that when one does things as a matter of choice it’s problematic; when you do things as a matter of conscience it’s not,” Abel replied. “And I don’t know if the conscience has been there in the industry from the get go … I also think a lot of black students don’t know about the advertising industry as a career option. The industry has done a rubbish job of exposing advertising as a career option… What I don’t like is that deals are being done for the sake of deals and a lot of people are being given equity and roles in the industry that they’re destined to fail in those roles.”

Neo Mashigo, creative partner at M&C Saatchi Group added, “Transformation has been slow because clients haven’t demanded it enough. The demand is coming from government rather than from clients… That would speed up the process if it was an absolute demand from the client.”

In mid-2016, M&C Saatchi Abel was hit hard after losing the Edcon account, over 40% of the Johannesburg office’s revenue. Abel reckoned politics and lies had led to the loss, commenting that the process had involved “deception after deception” and “treachery of the highest order”.  He said the agency still had not recovered fully from that loss, but learnt lessons along the way (see point below).

Lessons learnt during the journey

Having heard M&C Saatchi Abel’s journey, these takeaways came out of the discussion:

During the briefing, Jerry Mpufane, partner and chairman at M&C Saatchi Abel JHB clarified the relationship between the group and Avatar. The nature of the relationship is a share swap where a minority share was taken in each entity, with a skills transfer taking place.

After the briefing The Media Online chatted to Abel to find out more about the challenges facing the industry as well as his thinking on transformation.

The successes of M&C Saatchi Abel

The agency group now has seven companies in its stable, including two recent additions, sports agency Levergy, and Black & White. Two hundred and sixty five people work across the operations and Abel states that every company is profitable. Here is audio of Grace and Diana Springer, head of strategy, M&C Saatchi Abel Johannesburg breaking down each of their companies and their major successes to date.

Taking activities beyond the agency space, M&C Saatchi Abel also raved about its involvement with the Zeitz Museum of Contemporary Art Africa, situated in Cape Town, as well as The Street Store, a pop-up clothing store for the homeless, which is stocked by donations.