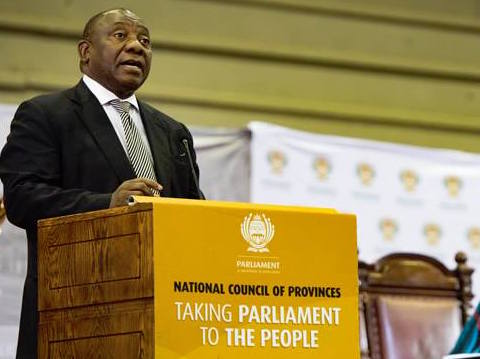 [OPINION] We should probably be grateful that South Africa’s news media have so clearly defined their political affiliations. It’s just sad that so much of it has been founded on fake news that it makes Bell Pottinger’s efforts look meek by comparison.

South Africa seems to be taking lessons from politicians and the media in the United States with regard to the intensity of vicious backstabbing, character assassination and a complete disregard for the truth in what appears to be a manic determination to not only destroy opposing viewpoints, but to elevate certain political leaders to some sort of god-like status.

South Africa and the United States have presidents to whom integrity, fact and humanity appear to mean very little. And the media is exacerbating the mayhem caused by these leaders.

One has to admit that Jacob Zuma seems to be much better at handling the media than Donald Trump. Ever since Zuma decided to stop threatening to sue the media at every opportunity and chose instead to deny all charges of guilt and to answer questions by saying, “I have answered that question”, he has left the media and opposition parties up the creek without a paddle.

Politicians are well known for dirty tricks campaigns and it is always interesting to see to what degree the mass media becomes willing or unwilling cohorts.

Trump, meanwhile, still rises to every media criticism with his now extremely boring “fake news” retorts and then blasts away on Twitter like a junior school bully with more data than sense.

And like the US, South Africa’s media has effectively taken sides with very little effort by some to stick to the truth but to rather punt their chosen politicians.

Interestingly, the South African situation is one in which the anti-Zuma media don’t have to resort to anything like the level of fake news and denialism as those supporting the Zuma/Dlamini-Zuma factions. Quite simply because there is enough clear evidence of chicanery to simply tell it like it is.

For example, the Independent Media hatchet job on Cyril Ramaphosa this weekend left a lot to be desired in terms of ethical journalism but on the other hand, the Sunday Times/Scorpio/amaBhungane exposé of the Bell Pottinger saga was one of the most factual and impressive pieces of investigative journalism this country has seen in decades.

As the country edges towards the bloody battlefield of the ANC elective conference at the end of the year and Zuma continues to dodge the law courts, we can expect the media in general to ramp up the intensity of invective.

Politicians are well known for dirty tricks campaigns and it is always interesting to see to what degree the mass media becomes willing or unwilling cohorts.