The media parties at MOST Awards 2017 (with videos) 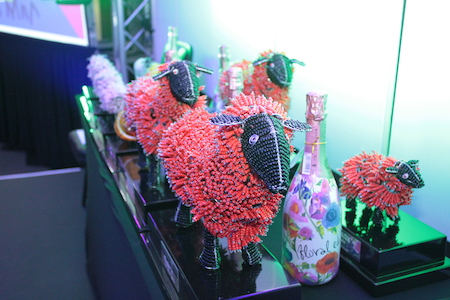 The ballroom at The Wanderers Club was packed on Thursday night with an excited, energetic buzz in the air. It was time for the 9th edition of the MOST Awards.

Returning master of ceremony Jason Goliath, despite being sick with ‘man flu’, had the audience in stitches right from the word go, as he got them singing along to ‘It’s the MOST wonderful time of the year’. His wit throughout the evening kept attendees entertained as he gave his take on various people who made their way up to the stage. One of the best was, “It’s like seeing Harry Potter who has grown up and made a lot of money”.

The start of the awards was met with much enthusiasm from the crowd who cheered long and loud when their companies or individuals were mentioned. Massiv Media and PHD were the big winners on the night, walking away with the Media Owner of the Year Award and Media Agency of the Year Award respectively. Having gone to see these two companies quite recently before the awards, it was difficult to keep a straight face and their wins a secret.

The centre of attention at the gathering had to be cartoonist Zapiro (real name Jonathan Shapiro), who walked away with the Bell Award. Everyone wanted to snap a picture with him and people were engrossed in the tales he was telling. Most people won’t know that he travelled to Taiwan when he was at university to compete in a table tennis tournament. While there, Zapiro and the rest of the South African students were treated like stars, presented with a 12 course meal upon their arrival and taken on tours around the country.

A surprise Bollywood flash mob from Zee World brought vibrance and colour to the entertainment as three ladies and a gentleman showed off their moves. It was just a shame that there were not more performers as it would have made the performance more breathtaking than it already was.

Once the formal proceedings wrapped up, the evening was filled with much socialising. Some indulged in fine whisky tasting (courtesy of Kaya FM), others got a keepsake as they had their picture taken at the Outdoor Network photo booth (which was then digitised onto a magazine cover), while some individuals chose to lounge around on bean bags while munching popcorn in the Spark Media chill area. Others were brave enough to take to the dance floor as TransAfrica Radio brought 100% African music to the party, creating an electrifying atmosphere.

What a media party MOST Awards 2017 turned out to be! Those who didn’t attend certainly missed out. Just make sure that you book your tickets early for next year’s edition, as we celebrate a significant milestone, 10 years of honouring service excellence and success in the media industry.