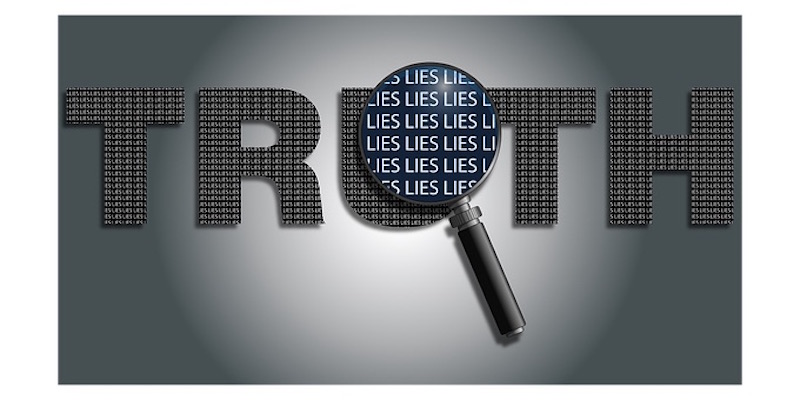 [OPINION] We live in a world of lies, deceit, frenetic spin doctoring and generally speaking, the majority of consumers the world over don’t really care.

On the basis that good marketing is based on the premise of what the consumer wants to hear rather than what companies and politicians want to say, it would probably be logical for the world’s mass media to assume that the public does not want the truth but rather something that simply confirms their prejudices.

So far this year, 273 innocent Americans have died in mass shootings, the worst being the Las Vegas massacre this week. Millions of people the world over turned to social media to offer the usual ‘thoughts and prayers’ and then moved on to their futile efforts to keep up with the Kardashians or some other escapist trivia.

In South Africa, law-abiding citizens are as rare as hen’s teeth. Self-centred rich and poor steal at the drop of a hat. No one obeys the rules of the road; speeding, overtaking illegally, ignoring stop signs and traffic lights, screwing the tax man and heaven knows how many other petty criminal actions have become an accepted norm.

Last week, a producer of one of Radio 702 talk shows commented that he had damaged someone’s car in a parking lot and because his own car wasn’t insured and the damage looked like it would run “to about R16 000” he just drove away. While the somewhat embarrassed presenter did suggest that the producer’s action was not in the spirit of the radio station’s Lead SA campaign, I doubt whether any action will be taken to ensure that staff who talk on radio stations should be taken to task for flouting the law.

Frankly, I doubt whether anyone listening to the radio station at the time gave a hoot about this indiscretion probably because the majority of motorists would probably do exactly the same thing.

Because in spite of the pervasive environment of lawlessness and greed in society today, the news media are the last bulwark against a society disappearing into a poverty-stricken pit of immorality.

All of this lying and deceit by our politicians and the public’s apathy, would seem to indicate that if the mass media followed suit and applied the principle of just giving consumers what they wanted to hear, perhaps they would make a lot more money.

Right now, there are those media doing an outstanding job exposing corruption, lies, state capture and all manner of nefarious goings on in government and in the private sector.

But, one has to ask whether the consumer gives a damn?

Shouldn’t the media just jump on the bandwagon?

The answer is a most definite ‘no’. Please, no. Don’t be tempted. Because in spite of the pervasive environment of lawlessness and greed in society today, the news media are the last bulwark against a society disappearing into a poverty-stricken pit of immorality.

Hopefully, it will not be too much to expect the media to continue putting the good of the country ahead of personal gain. One hopes media owners will be able to see beyond the short term and get a clear enough vision of their future or rather complete lack of future should they be tempted to join business and politics in a self-centred, greedy rush towards short term enrichment.

It must be a huge temptation.

But, even though this country doesn’t realise it right now, it cannot afford to lose media that stands up for what is right.

To do that, however, media owners have to redouble their efforts to ensure that those on their staff who speak to the consumer do not do anything to condone anything that is intrinsically illegal, no matter how petty it might appear to be.

South Africa needs to follow suit with our media taking visible action against any staff member condoning violence or supporting something illegal.