LATEST NEWS
Home Communications Opinion Is it too late to panic?

Is it too late to panic? 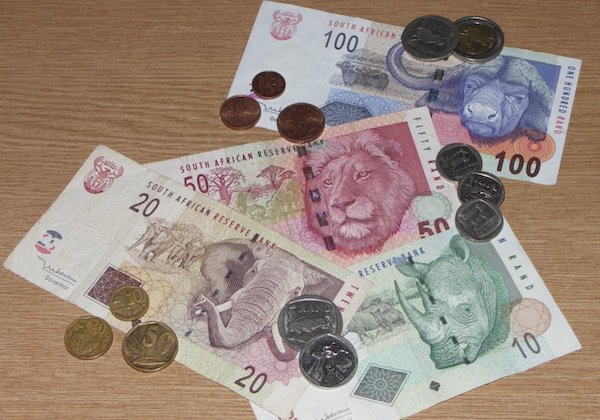 [OPINION] In one of my first columns for Moneyweb, some five years ago now, I liberally quoted passages from the wonderful book on his tennis career by Gordon Forbes, A Handful of Summers.

In one particularly delightful scene, he describes the repertoire between him and his doubles partner Abe Segal during the Wimbledon championship.

Throughout the entire match, in which they were being hammered by a better pairing, he kept on calling to Abe: “Is it time to panic?” Abe, full of bravado, kept calling back: “Not on your life. These guys are just a bunch of palookas.”

And so it went, until facing match point, Abe woke from his slumber and shouted back to Gordon :“NOW it’s time to panic…”.

As far as South Africa is concerned, we have reached that point.

There is no other way to describe it. It is time to panic, but for many people it’s too late to panic. For them, it’s game over.

For years I have been warning about a confluence of financial and political undercurrents which, to me, had some very sinister potential outcomes.

I tried on many occasions to warn about the death of the rainbow nation. For my sins I was attacked and lambasted by people ranging from Democratic Alliance leader Mmusi Maimane to Dave Steward, head of the FW de Klerk Foundation.

From the Moneyweb community, hiding behind glorious internet anonymity, I got the full treatment.

From the world of professional economists (Dr Roelof Botha, adjunct professor at the GIBS Business School) I got the polite but equally dismissive put-down that my comments were “ill- informed, cynical and lacking of intellectual understanding of the economic theory that underlies commentary”, or something along these lines.

According to Dr Botha, in his article published on Moneyweb on November 9 2016, the SA economy would now be steaming ahead with wealth-expanding growth rates in excess of 2%, the recession would be long-forgotten and that the talks of the downgrades would be in the historical trash can.

A year is a long time in the world of finance

Here we are – as promised — a year later and it has not exactly turned out that way. We have been downgraded to junk by S&P Global Ratings and Fitch, Pravin Gordhan has been fired as finance minister, the economy has endured two quarters of negative growth, unemployment is at record levels and Bloomberg has described us as the third-most miserable country in the world.

Business and consumer confidence are at record low levels – in the case of business we are back to 1985! While the industrialised world is having a coordinated global expansion, our industrial capacity is shrinking.

More than R247 billion has left our equity market over an 18-month period and our stock market has been the worst-performing major stock market against all the major investment regions in the world, both developing and emerging.

The Medium-Term Budget Speech last month revealed the true extent of the fiscal hole we are in. The budget shortfall is expected to be more than R50 billion this year and will rise to a total of R200 billion over three years. Where is that money going to come from?

One of the most over-used expressions in the media nowadays is that we are at ‘tipping point’. Just Google that expression and you will see how often it has been used in the last couple of days and weeks.

We are long past that tipping point. We have long ago ceased to operate as a normal country.

Almost every day there are more revelations about the extent of the abuse we have been taking as law-abiding citizens. State capture, state looting, thieving by the Zuptas and their cronies who seem to be found everywhere. Nothing shocks us anymore.

I am reading former colleague Jacques Pauw’s book The President’s Keepers at the moment (like everyone else in this country, it seems) and I was not surprised by his revelations. It just confirmed what many people have known and suspected for many years.

In government, at our state-owned enterprises, at our municipalities – you name it: where there is money to be stolen or abused you will find them there. It all started with the ANC cadre deployment many years ago. The circle is now complete. A country collapses when the looting and corruption goes unpunished. Read the history of any formerly glorious empire, be it the Romans, the Greeks, the Dutch, Spanish and even the French and British. Your society collapses when the money runs out; either through ill-timed wars or plain simple looting of the fiscus. We are not fighting any wars at the moment, as far as I can tell.

And then there is surprise in government circles that tax morality is slowly imploding. The tax revolt will take many forms, some covert (by cheating and avoiding taxes) while others will use overt means, such a reducing their drawdowns from their living annuities in order to reduce the amount of taxes they need to pay. Or even reconsider buying an expensive house in order to avoid those astronomical transfer fees?

Could thousands of retirees reduce the drawings from their RAs as a protest against the looting of their taxes? What would this do to government’s revenue collection targets? Just asking.

I have written several articles here and elsewhere about where the collapse of our society will start: our very small tax base. You cannot have a situation in a country of 55 million people where approximately 60% of all personal taxes are paid by just over one million taxpayers. Or just over 100 000 taxpayers paying 36% of all personal income tax. The centre cannot hold.

The financial rot is permeating almost every corner of society and is affecting our traditional asset classes, such as property, listed shares, farms and even businesses.

Our residential property market, with the exception of the Western Cape and certain small pockets around Umhlanga and Ballito in KwaZulu-Natal, is moribund. And even the Western Cape is starting to slow down.

Many small towns and even larger towns in great swathes of our country have no property market to talk about any more. The values of these properties are zero.

The buy-to-let market, equally, has become a war-zone. The latest Tenant Profile Network report on the state of the rental reveals that, countrywide, only 65 % of all tenants pay their rent on time. This is down from 72% in the third quarter of 2014.

Furthermore, about 8% of all rental stock is standing empty. Whoosh! There goes another surefire retirement plan up in smoke.

It is not uncommon today to hear landlords complaining about non-paying tenants refusing to pay their rent for months on end while the eviction process winds its way through the courts.

I attended an investment seminar two weeks ago where some of our top fund managers presented to about 200 financial advisors. It was telling how different speakers answered the question about how much money they would take offshore if they had complete freedom to do so.

Some openly said 100% while the others, perhaps more polite and diplomatic ranged from 30% to 60%, all depending on what kind of fund they were managing.

The crux of the seminar was that the ability to have offshore exposure saved the bacon for millions of South African savers, investors and pensioners. No other asset class available to local investors has managed to keep pace with inflation over the last couple of years. Be thankful for the freedom that fund managers have enjoyed to invest varying degrees of their portfolios into offshore markets.

That freedom, as I’ve warned many times over the past years, is a freedom that hinges on a political decision.

South Africa is currently heading into a financial storm. In the short term we will be confronted with the possibility of Moody’s downgrading SA to junk, thereby joining the other two large agencies. This could happen as soon as November 24.

The big question is what a downgrade of our local debt to junk status will do. SA’s local debt is currently included in the World Government Bond Index (WGBI). A downgrade means that up to R140 billion will have to leave the country. Such withdrawals are never orderly. The rand is starting the reflect these pressures building up.

With South Africa’s Treasury now firmly captured and under control of President Jacob Zuma, does that become a freedom that is now under a very real threat. Ignore this threat at your peril.

Magnus Heystek is investment strategist at Brenthurst Wealth. He can be reached at magnus@heystek.co.za for ideas and suggestions.This story was first published by Moneyweb and is republished with the permission of the editor.