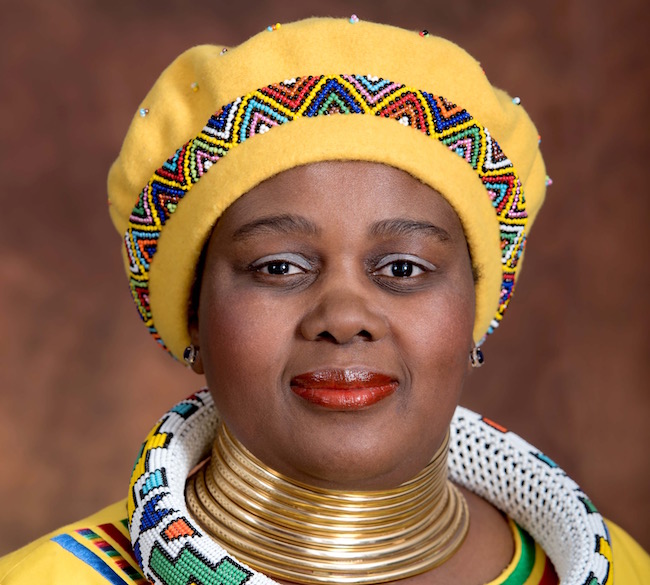 Ever since Minister of Communications Mmamoloko Kubayi-Ngubane announced she would appeal a ‘landmark’ court ruling removing her powers to appoint the top three executive positions at the public broadcaster, people have had mixed feelings about the move and her possible motives.

A court battle is set to begin on 6 December that could set the tone for the rest of the appeal case. “We have launched proceedings to get an interim order regarding non-interference by the minister in executive appointments pending the outcome of the appeal,” said Justine Limpitlaw, head of the SOS Coalition’s legal committee.

Motojane in October ruled the minister has no role in appointment of executives and disciplining of executives, nor in dismissal of executives. Effectively, the ruling safeguarded the independence of the SABC’s board.

As Limpitlaw explained, Matojane’s ruling remains in place pending the appeal, allowing the SABC board to get on with appointing a chief executive officer (CEO), chief operating officer (COO) and chief financial officer (CFO), without interference by or veto power for the minister, instead of waiting for the appeal process to conclude, which could take months or even years.

The bottom line, Limpitlaw said, is “The SABC needs to be able to make these appointments without ministerial interference, that’s why we’re going for the interim order”.

William Bird, executive director of Media Monitoring Africa, said it was “profoundly disappointing that she has opted to put party factional interests ahead of the public interest and ahead of the interest of an independent public broadcaster”. He believes the move will destabilise the SABC again, and referred to it as “shooting ourselves in the foot just as we thought we might have a chance to stand up and walk”.

In an article he wrote for Daily Maverick, Bird added, “The decision to appeal is therefore not only self-interested and politically driven, but it also seeks to rob us of the chance to try an independent SABC board. The only winners in the decision to appeal are factional political interests. The biggest losers? The public.”

Broadcasting researcher and policy analyst, Kate Skinner agreed with Bird, adding, “It’s true all over the world, ministers want to control broadcasters because it’s a significant media institution and things are so contested in South Africa at the moment, and therefore the minister would want to control it. Does that make her particularly evil? The issue is, all along, post-apartheid, ministers have wanted a say in the top three appointments. And it’s true for public broadcasters all over the world, there are fights around where government control stops and where the independence of the institution starts”.

Minister Kubayi-Ngubane told Parliament she decided to appeal because there was a lack of clarity on many parts of the judgment. “If you look at the judgment, there are things that the judge pronounced without giving explanations to,” she said. She also claimed the ruling contradicted the Labour Relations Act.

While the minister agreed the board should appoint executives, “they must at least consult with the minister,” she said, adding “Where I’m sitting is to say SABC needs to go and appoint executives that are… professional, and are above board… We don’t want a situation where there’s questions around people that are appointed.”

A major concern arises when one takes a look at policy regulations around the SABC. The Broadcasting Act doesn’t explicitly state who should appoint the top three executive positions at the public broadcaster, but does talk about the board controlling the affairs of the corporation. “Up until now you’ve had a situation where first of all the Articles of Association and then the Memorandum of Incorporation (MOI) gave powers to veto appointments,” Skinner explained.

This meant that the board would pick candidates and the minister had the final say. As Skinner pointed out, when Faith Muthambi was communications minister, she amended the Memorandum of Incorporation (MOI) to give herself more power and a direct hands-on role in these appointments. The court ruling overturned the MOI, handing power back to the board to make executive appointments, not the minister.

An interlocutory order is needed

“I don’t think civil society was that surprised when the minister decided to appeal that ruling,” said Skinner, “because it does significantly reduce her powers.”

Skinner has called for a declaratory order that will allow the board to go ahead and appoint the top three executives while the court case is being appealed. Uncertainty reigns supreme at this point, because it is not clear what powers the board and the minister have at this stage. Can the board make these appointments or will they have to wait until the court saga is over?

The big question for most of civil society is, what are the chances that the minister will succeed in her appeal? Skinner believes the judgment was “really incredibly strong” and “it will be very difficult for the minister to overturn it… because of the history of the problems created through various ministers having a role in the SABC”. Limpitlaw agrees with Skinner, describing the minister’s chances of winning as “not likely at all” due to it being “a strong judgment”.

She added, “The judgment provides a clear separation of power and stands in the minister’s way of aiding the president in his dubious plans. It is quite clear why Minister Kubayi-Ngubane was reshuffled to the department of communications – the president seemingly plans on re-capturing the SABC. The DA will not allow yet another communications minister to loot the public broadcaster and we will defend the independence of the SABC against any attempts to have it re-captured. The battle is on.”

What the judgment said

The court judgement, which the minister is appealing, empowered the SABC board, stating that its members could appoint the organisation’s CEO, COO and CFO without requiring ministerial approval. The judgment also means the minister cannot discipline executive board members with such powers resting solely with the board. The third implication concerns the removal of non-executive board members, which has to follow the lawful process as set out in sections 15 and 15A of the Broadcasting Act, which involves Parliament and the President.

Despite the ruling, it seems the board is not much better off, despite having independence from the minister. Board member Rachel Kalidass recently resigned, citing sidelining and victimisation, due to her voicing concern over a potential CEO candidate. It turned out to be current SACCI CEO Alan Mukoki. The SABC disputed Kalidass’ version of events.