How to ensure your journalistic work is legally sound 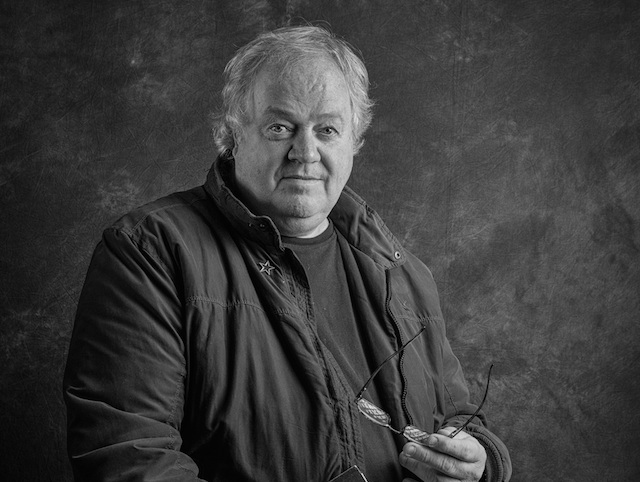 Author of The President’s Keepers, Jacques Pauw, still faces the possibility of legal action and perhaps even criminal charges. But he claims the best-selling book is legally sound.

When an author/journalist is writing an exposé, particularly around a sensitive subject such as state capture or allegations of criminality, they have to do their due diligence to ensure what they are writing is truthful and sound if it is ever legally challenged. But what steps does this involve and what does it look like behind the scenes before publication of such work?

Media law attorney, Willem de Klerk, who was involved in Pauw’s book, says there is one major weapon in the fight that authors/journalists during the apartheid days didn’t have access to and that’s the Constitution.

“A number of statutes were enacted which promote access to information and access to events and forums and hearings,” he explains. “Over the past few years, the ability of investigative journalists to access information and forums where important decisions are being taken has increased dramatically.”

But the Constitution is a double edged sword, because it also contains statutes that inhibit what may be published, especially around elements such as children, domestic violence, divorces, correctional services, sexual offences, and tax matters. “Statutory limitations must be dealt with on a case by case basis,” advises De Klerk, “because a statute is interpreted very strictly. One has to see exactly what does this statute prohibit and whether the information published does indeed contravene that statute.”

The good news for journalists/authors is that exceptions are present in those statutes and in general law, which allow for publication of information that would not normally be allowed, based on certain criteria.

De Klerk says the starting point for journalists and authors is to ensure that what they intend publishing is true. “You’ve got to look at your sources, you’ve got to look at verification, look at documentation. Truth is absolutely fundamental,” he says.

The next step is to ensure that what the journalist/author intends to publish is of public interest. This is vital because it can be used as a defence in a number of instances. De Klerk explains, “The law protects privacy for example, but privacy can be overridden if there is an overriding public interest present”.

His top three legal tips for journalists/authors are:

A journalist/author will present the work that they intend publishing to their editor or publisher, who is the first line of defence. They will cast their eyes over the content and will ask questions about accuracy and verification. They will then make a decision as to whether they believe a legal adviser is required to look over the content. If yes, an attorney is briefed by the editor or publisher, who will then vet the contents and certain amendments may have to be made or more work will be done by the journalist/author. Once this is done, a final product will be agreed upon by the journalist/author, editor/publisher and the legal counsel.

Gill Moodie, commissioning editor at Tafelberg (the publisher of Pauw’s book) reveals that early on in the process they knew there would be legal implications, so brought in De Klerk to have a look at the contents. When most of the manuscript was done De Klerk had a read through it and a long discussion took place between Moodie, Pauw and himself.

There were two big issues in the book world, Moodie explains. The first was the possibility of a court interdict to stop publication of a book. “With newspapers, you print and you’re out in a couple of hours. With a book it is a longer process so there’s more of a chance to stop publication of it,” she says. To circumvent this concern, the contents of the book were kept a secret, revealed to only a select few. It was sold to bookshops on the basis that it was Pauw’s next big investigation, with his reputation preceding him.

Moodie pointed out an interesting legal fact: “You can’t use the interdict as a fishing expedition to find out what’s in a book. You need to know what’s in the book and then go to a judge and explain ‘based on this we want publication stopped’. You can’t go to a judge and say ‘there’s a book coming out and we think it says this’.” Despite this Moodie says, “As a newspaper publisher or of a book, you don’t want to be reckless. You’d rather not have to go to court to argue against it even if an interdict is a frivolous attempt”.

Asked whether she has had any cases of the publication of a book being halted due to an interdict Moodie says no, but refers back to a legendary case in 2002 involving Allan Greenblo and his unauthorised biography on Sol Kerzner. The book has never seen the light of day, but Moodie puts a positive spin on the situation. “The law has changed since those days and you can say a lot more than you used to be able to say. You can be a lot more robust and forthright as long as you show that it’s opinion or opinion that’s grounded in facts”. She advises that journalists/authors need to know the law and get a media freedom lawyer who “comes from a media background”.

The second issue concerns fact checking, which with a book takes a lot longer than a journalistic piece. Often books incorporate a lot of information from secondary sources, many of which are years old, so their content needs to be carefully scrutinised.

Moodie also comments that in some cases it’s not what you say, it’s the way you say it. This can lead to defamation lawsuits if not carefully assessed. “If someone’s mother is going to get upset about what you’ve written about them, then you might be in defamation territory, it’s about tarnishing someone’s reputation. But then you have defences and exceptions and you need to be aware of those”. Like De Klerk, Moodie points to the Constitution as a major weapon in the fight as well as public interest.

Her top tips for journalists/authors are:

What if the work is legally challenged

“When a journalist/author is taken to court for what they have published, typically there is a duty on the media to prove that publication was justified and that would entail presenting evidence or leading evidence. It is important that the journalist/author has access to any of the source documents that they used,” explains De Klerk. At the same time as presenting the source documents, the journalist/author has to ensure that their sources are protected, a fine balancing act between exonerating themself and ensuring their sources are not compromised.

The publisher, journalist/author and editor are all liable for what is published, clarifies De Klerk. If they are ruled against in a court of law, they could all face legal action. This varies from defamation action, a pre-publication attempt at interdicting it or even criminal charges.

“There is a fair amount of protection for journalists/authors in South Africa,” states De Klerk as he refers again to the Constitution and several other laws that support Constitutional principles. He points to a number of High Court judgments over the years that have emphasised freedom of expression and freedom of the media.

But as the saying goes, there is always room for improvement, and for De Klerk this is laws around the protection of journalistic sources. “It has not been finally decided that a journalist as a matter of a right, can refuse to disclose information which may compromise his or her sources. It’s an area in which our law is still busy developing.” He points to other jurisdictions, like the EU, where movements have been made recently to protect ‘journalistic privilege’.