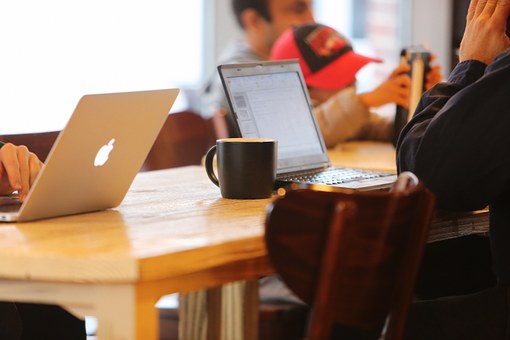 Remote working is the way of the future, and with the rise of the gig economy comes the challenge of project managing teams working from different locations.

Cape Town based software developer Magnetic has come up with a solution. It has built an all-in-one platform, custom designed for agencies. “Agencies have battled to have true visibility across teams. They have different systems for their different teams which creates a total mess in the data transfer across the teams,” explains Dan Marcus, CEO of Magnetic.

Business productivity and profitability increases if the right management systems are in place to improve workflow efficiency. This is what Magnetic’s software aims to achieve, says Marcus.

“So many people, focused on so many different aspects, based so far apart, working simultaneously on so many projects. It’s enough to make anyone’s head spin, for even the most seasoned project lead,” he says.

The platform also tracks how much time is spent on pitches and projects, allowing the agency to gauge costs versus returns if they win accounts. “You can get a bird’s eye view of your entire team, their skillsets, who has got capacity on what day, and then you can allocate work,” adds Marcus.

Add freelancers, and the confusion grows

But it’s not just internal staff that agencies have to organise. More and more freelancers are being employed. By providing them with a singular workflow management system, project management platforms can actively improve collaboration between these freelance contractors and the core company team, and even clients – resulting not only in better understanding between the relevant parties, but also improved workflow and as a direct result, increased profitability. These freelancers are given real-time sight into the progress of projects and the conversations that are happening around them, while simultaneously allowing them to track their time on the brief.

Marcus estimates that while only around 10% of revenues currently come from freelance work, it is a trend that is definitely set to increase in future.

Growth in associated areas, such as coworking spaces instead of formal (expensive) office environment, is testament to the rise of the gig economy. Contractors or project teams are often housed in such spaces.

“Freelancing and contract working is a huge trend around the world with the Intuit 2020 report reckoning that within a few years, 40% of the workforce will be freelancing,” says Mari Schourie, CEO of The Workspace in South Africa writing in HR Future.

“The freelancer, hired ‘on-demand’ on a project-by-project basis, is becoming a popular option with companies loath to fork out on pension plans and medical aids. So this is where the idea of the ‘blended workforce’ comes in. Future Workplace lists this as a huge trend that will see company employees work side by side with freelancers on projects. With office space becoming tighter as corporates reduce costs and staff, coworking and serviced workspaces are the option they’re looking for.”

Another trend that Marcus has observed in the agency world is that more senior executives are leaving the bigger network agencies to start their own freelance agencies.

“It’s great for the short term as the fees are lower but essentially it can go one of two ways: freelancers are either going to have to increase their fees to start making more money or start their own businesses … We are definitely seeing people going on their own and starting their own agencies or consulting on the corporate side,” he explains.

Effective communication between different teams in an agency, as well as the freelance contributors who are employed, is crucial for a successful workflow and profitability. Investing in project management software should be a priority for any agency.

“We live and work in the knowledge economy, but we are powerless if we are unable to share this knowledge with one another,” says Marcus. “Management platforms that empower agencies by facilitating knowledge sharing, enabling teams to work better, faster, and smarter, are the way to go.”