The public broadcaster has yet to confirm the appointment officially, with spokesperson Kaizer Kganyago merely saying, “The process of finalising the appointment is underway and we will announce to the public as soon as it is completed.” But a report on SowetanLIVE cites SABC insiders, three senior managers, as confirming the news.

Maroleng most recently filled the role of group executive for corporate affairs at MTN, but is perhaps best known for the “don’t touch me on my studio” situation, when he was a current affairs anchor on e.tv during a debate that involved former AWB general secretary André Visagie.

When approached by SowetanLIVE, Maroleng neither confirmed or denied the appointment, instead referring the publication to the SABC board. But he isn’t denying it on Twitter either, if these Tweets are any indication: 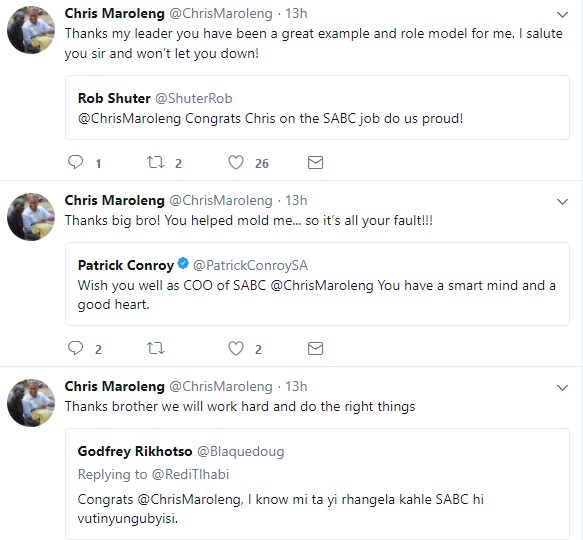 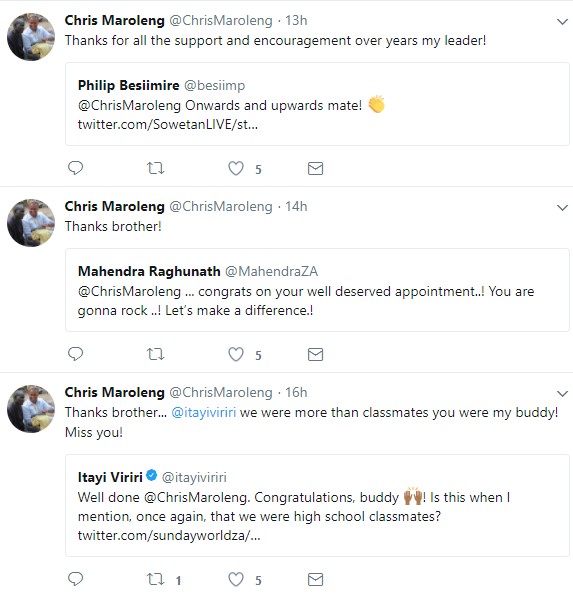 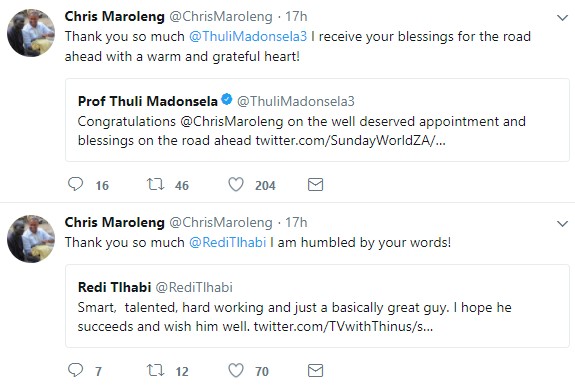 If the appointment is true, Maroleng will replace SABC group executive for corporate affairs Bessie Tugwana, who has been acting COO since the dismissal of Motsoeneng last year.

A look at his LinkedIn profile shows Maroleng has a masters degree in international relations and affairs from the University of Cape Town. He was also a fellow in media studies at Duke University in the US. His career began as a senior researcher at the Institute of Security Studies, before he joined eNCA (when it was still called eNews Africa) as its Africa editor and head of department. Maroleng is also a current non-executive director for Good Governance Africa.