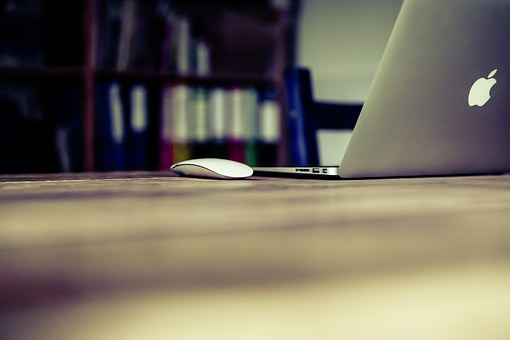 The South African Freelance Association’s second study into freelancing conditions has shown online/digital is the platform where most freelancers find work, with “print taking a back seat”.

The SA Freelance and Media Industry and Rates Report also said while unemployment, downsizing and retrenchment still play a role in why people choose to work for themselves, lifestyle is playing an increasing role in the changing workplace.

Research, completed by a total of 397 respondents, between 16 February and 16 March 2018, comprised both SAFREA members and non-members.

“Interestingly, most respondents, 180, indicate that their work has been in digital/online with 154 stating that most of their work is in print,” Safrea reported, adding that a follow-up question, asking what other fields respondents work in, showed that digital still tops the list with 167 to 158 for print. “This alludes to a shift in media consumption,” it said. “It also defies any myths around baby boomers and their aversion to online/digital channels. Rather, it indicates that older generations are embracing technology and making it work for them.”

This followed the finding that 80% of the freelancers surveyed tended to be older than 30, and that women (67%) dominate the sector.

State of the economy

Unfortunately, the state of the economy has negatively impacted on freelancers with the “majority of respondents (153) earning under R10 000.00 per month. Very few, just under 10%, earn more than R40 000.00 per month”. At the same time, rates have remained unchanged since the first survey, and in some cases, have decreased.

“A review of the Statistics South Africa (Stats SA) Quarterly Employment Statistics for December 2017 (Statistics South Africa, 2017b) reveals that the monthly average income for all formal non-agricultural industries in November 2017 was R20 004. While this includes bonuses and overtime, it gives a fair indication that the current average freelancer income is below par,” Safrea reports.

The freelance organisation points out that respondents are highly educated and skilled; 48% hold a Bachelor’s and/or Honours degree or similar and just over 16% have a Master’s. More than 53% have more than 10 years’ experience within their specialty.

As Safrea points out, this “demonstrates that the freelance sector comprises highly skilled, educated individuals who offer a wide variety of media-related services with skills and experience gained over several years (above 50% of respondents have more than 11 years’ experience in their specialty)”.

Not a cover for unskilled consultants

And, it adds, “Clients must recognise that freelancing is not a cover for unprofessional, unskilled consultants and contractors. Rather, the freelance sector must be viewed as an alternative channel to a highly skilled labour force which can add value to businesses and the economy.”

One respondent summed it up: “A major issue is the lack of understanding of the costs that freelancers have to carry, versus people earning a salary. Every cent we generate has to be done ourselves, and the majority of expenses paid out of our own pockets – whereas salaried employees typically receive a wide range of company benefits (such as car allowance / lease vehicle, cellphone allowance, medical aid subsidy, provident / pension fund contributions, UIF, etc.).”

Interesting to note was the methods used by freelancers to market their services, something they “struggle” with. The survey asked respondents which platforms they used to do so.

“The response was an overwhelming majority in favour of Facebook (almost 55%) with LinkedIn (just over 32%) and Instagram (just over 26%) coming in second and third, respectively,” the researchers found. “Since most respondents are working on online/digital platforms, it makes sense that this is a popular marketing channel as well. It also indicates a shift in traditional marketing. People are recognising the value of having an online presence. It costs less, it is immediate and lends itself to the life of a freelancer.”

Summing up, Safrea notes that digital transformation continues to enhance the global economy with concomitant challenges for those in both developed and developing nations.

“South Africa, caught between high unemployment [26.7%] (Statistics South Africa, 2017c) and a large population of youth [about 29%, 6% younger than 15 years] (Statistics South Africa, 2017a), is strapped with a sluggish economy that is not creating jobs at the rate required. Freelancing provides a channel for many to remain economically active and, potentially, feed into a groundswell of growth and development that will positively influence the country and continent.”

For the full report, and tables on what freelancers charge per sector, click on the cover. 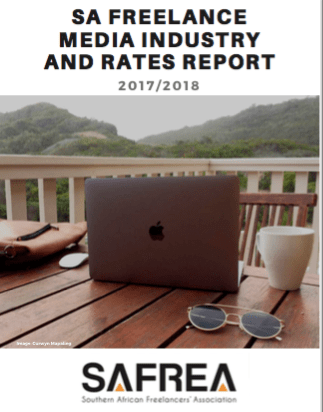