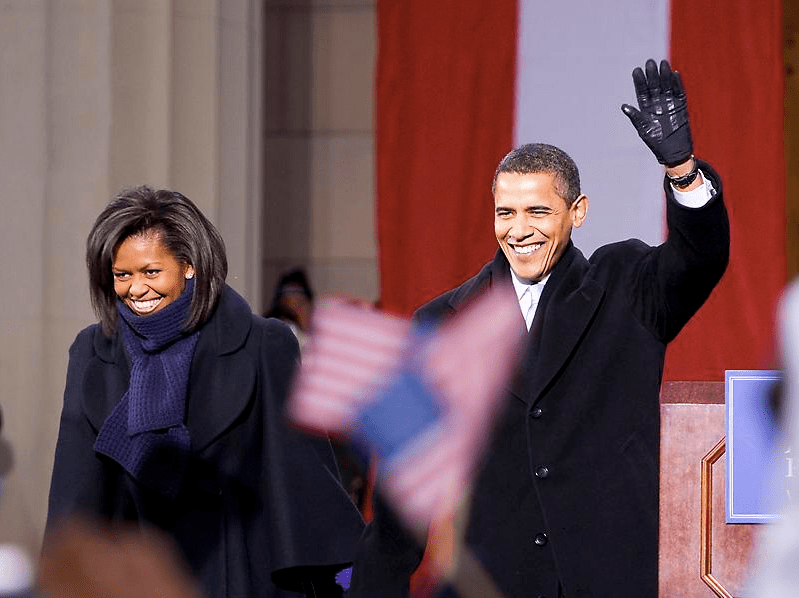 
There’s been mixed reaction to news that Barack and Michelle Obama have signed a multi-year deal with streaming video service, Netflix.

The former president and first lady of the US said in a statement they were “excited to partner with Netflix” and that they hoped to “cultivate and curate the talented, inspiring, creative voices who are able to promote greater empathy and understanding between peoples, and help them share their stories with the entire world.”

Conservatives had been working up a head of steam against Netflix even prior to the Obama announcement after Susan Rice, a former US national security advisor and United Nations ambassador in the Obama administration, was appointed to its board in March.

“We are delighted to welcome Ambassador Rice to the Netflix board. For decades, she has tackled difficult, complex global issues with intelligence, integrity and insight and we look forward to benefiting from her experience and wisdom,” said CEO and chairman, Reed Hastings, while Rice said she was “thrilled to be joining the board of directors of Netflix, a cutting-edge company whose leadership, high-quality productions, and unique culture I deeply admire”.

The #BoycottNetflix campaign then kicked off on social media, with right wing conservatives and Trump supporters leading the charge to unsubscribe. It has gained momentum after the Obama announcement. But as supporters pointed out, right wing campaigns against products and services have failed more often than not.

When you all work together, you can achieve almost nothing at all ?

“Barack and Michelle Obama are among the world’s most respected and highly recognised public figures and are uniquely positioned to discover and highlight stories of people who make a difference in their communities and strive to change the world for the better,” said chief content officer, Ted Sarandos. “We are incredibly proud they have chosen to make Netflix the home for their formidable storytelling abilities.”

CNN reported a source saying the Obamas would sometimes be on camera as hosts,others behind the camera as producers. “Financial terms were not disclosed. The Obamas are giving Netflix valuable content that many of the streaming service’s 125 million members may want to watch. And Netflix is giving the Obamas a valuable platform to stay visible in their post-White House years,” CNN said.

CNN also reported that in his final days in the White House, Obama had expressed interest in pursuing digital media opportunities, with Jen Psaki, then communications director, saying, “… he is very interested in how people consume information and the changing trends”.

Michelle Obama, meanwhile, said she and Barack has “always believed in the power of storytelling to inspire us, to make us think differently about the world around us, and to help us open our minds and hearts to others. Netflix’s unparalleled service is a natural fit for the kinds of stories we want to share, and we look forward to starting this exciting new partnership”.

In a note to shareholders reporting on Q1 2018 results, Netflix reported that its 125 million members had realised $3.6 billion in streaming revenue. “Our job is to spend this money wisely to increase our members’ delight,” it said.

With Barack and Michelle Obama getting their own Netflix series, does this mean that Trump will now demand that the Postmaster General investigate @netflix for not paying postage on streamable content?

Just imagine!! As Trump is in the midst of impeachment Barack and Michelle Obama could be in the midst of winning that Emmy Trump never got, for their new Netflix series.

I'm pretty sure some heads would actually explode.

With Barack and Michelle Obama happily headed towards our eagerly-awaiting Netflix queues, how long before trumplethinskin starts trying to undermine Netflix?

And then the conservative folks stepped in:

Calling all Patriots!
Do you subscribe to @NetFlix?
Today they announced a multi year deal with Barack and Michelle Obama
Please Cancel your subscription & show them this shall not stand!#RETWEET
Join us today at //t.co/ZGQ9iC3Voc#MondayMotivation #TheFive#Hannity pic.twitter.com/Rji4zX9E0z

The fact that @BarackObama is trying to pretend he’s not about to go to prison for a laundry list of treasonous crimes by signing with Netflix is seriously pathetic. #LockEmUp #OrangeIsTheNewBlack #Qanon #DeepStateTakedown #Gitmo

BOYCOTT breaks out against Netflix over Obama deal!! //t.co/PnRJzsgHWx pic.twitter.com/kUmEszvR8U