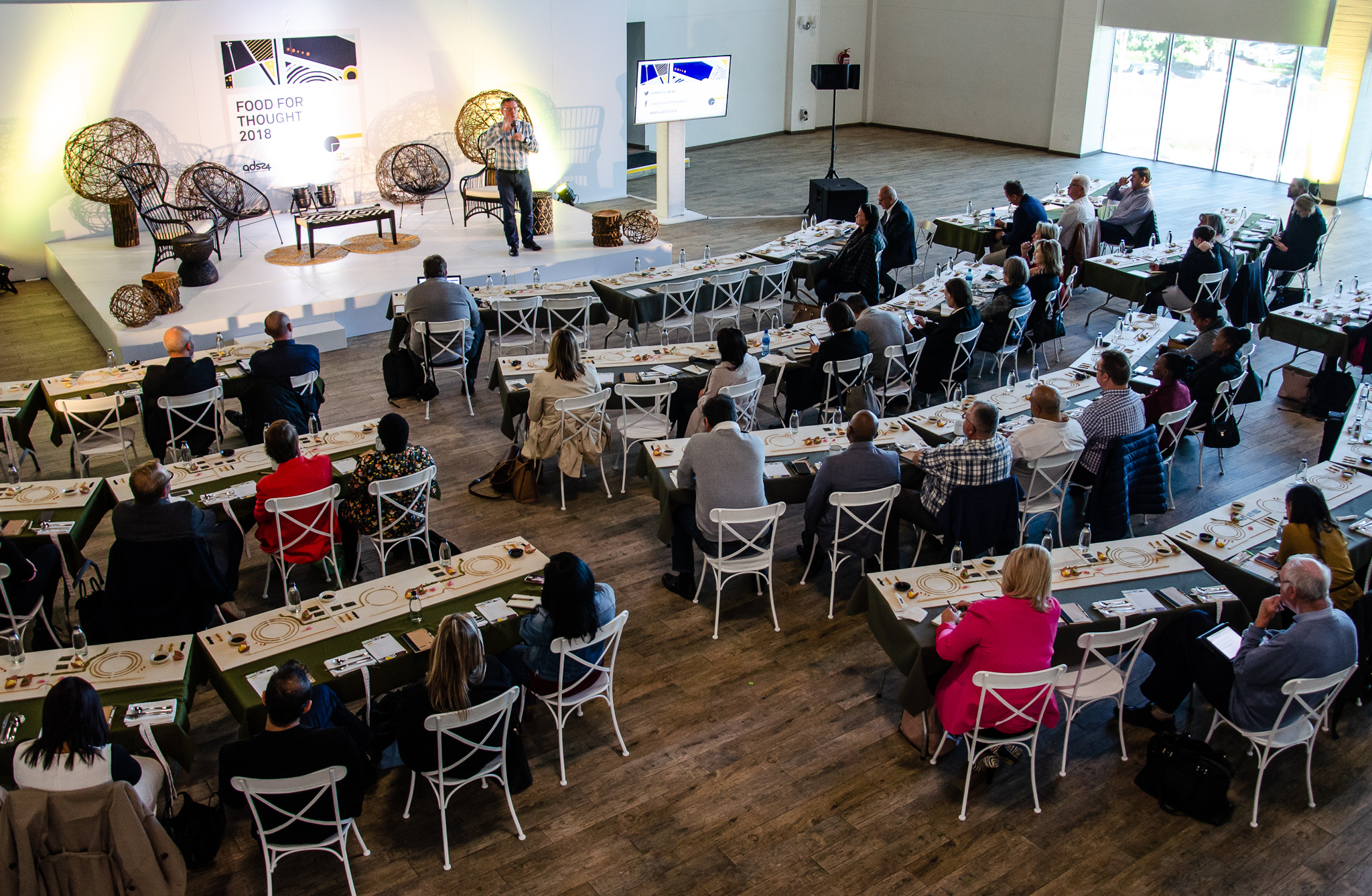 SPONSORED CONTENT* Speaking at Ads24’s “Food for Thought” event recently, Dawie Roodt offered a fascinating timeline to world economics, starting at Blombos Cave in the Southern Cape where the first evidence of abstract human thought was discovered, before weaving in politics, debt, anti-establishment and the major shift in thinking to bring us to global economics as it stands now – on the cusp of blockchain economies and cryptocurrency.

Five highlights from his speech:

If you look back about 100 years, more than 90% of the global population lived in abject poverty. Today less than 10% of the world is extremely poor. If the current trend continues, abject poverty will be eradicated in the next 10 to 20 years.

The end of World War II saw a kind of new dawn in which people began to reject royalty as an authority. It was an era of human and property rights and democracy and institutions like the World Bank and the International Monetary Fund. The gold standard was established to stabilise global economies and was followed by an era of wealth creation.

In more recent times, governments have begun to get bigger and bigger. Not only are they huge but they cost a lot of money to run. The result is a lot of taxes and a lot of borrowing. Current international debt levels are higher than they were before the international crash of 2008.

With a rise in population figures in South Africa, a 1.6% growth rate is not enough. We need a rate of 2% just to stay where we are. But if we are truly going to grow the economy, we need a growth rate of 5%, but we aren’t going to get that without making some significant structural adjustments to the economy. These include things like changes to labour legislation, reducing state expenses and getting rid of parasitic parastatals.

With the rise of block-chain economies and cryptocurrency we are going to see a dramatic change in way in which we do finance, business and especially banking. It’s even possible that banks may disappear in the form that we understand them today.

For more Food for Thought:  How to build a blockchain and the rise of cryptocurrency, click here.

*Ads24 paid for this article