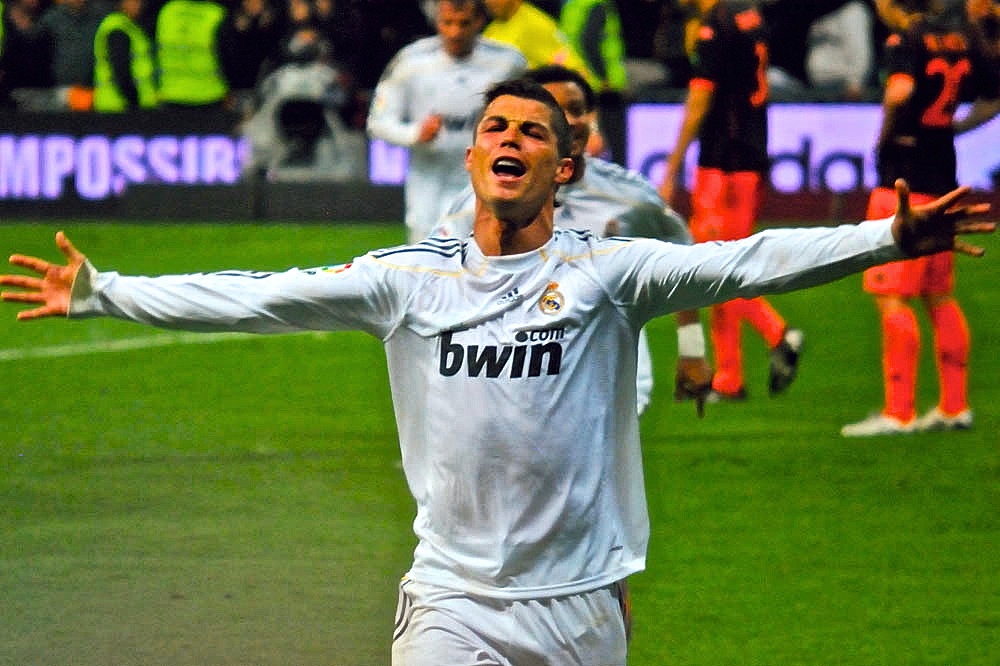 While nations and players are battling it out on the field to win the prestigious Soccer World Cup, there is another battle being waged. This one, is for the largest presence on various social media platforms.

Social media marketing platform Socialbakers has released data, which reveals who is garnering the most interactions on social media, both for individual players and teams. 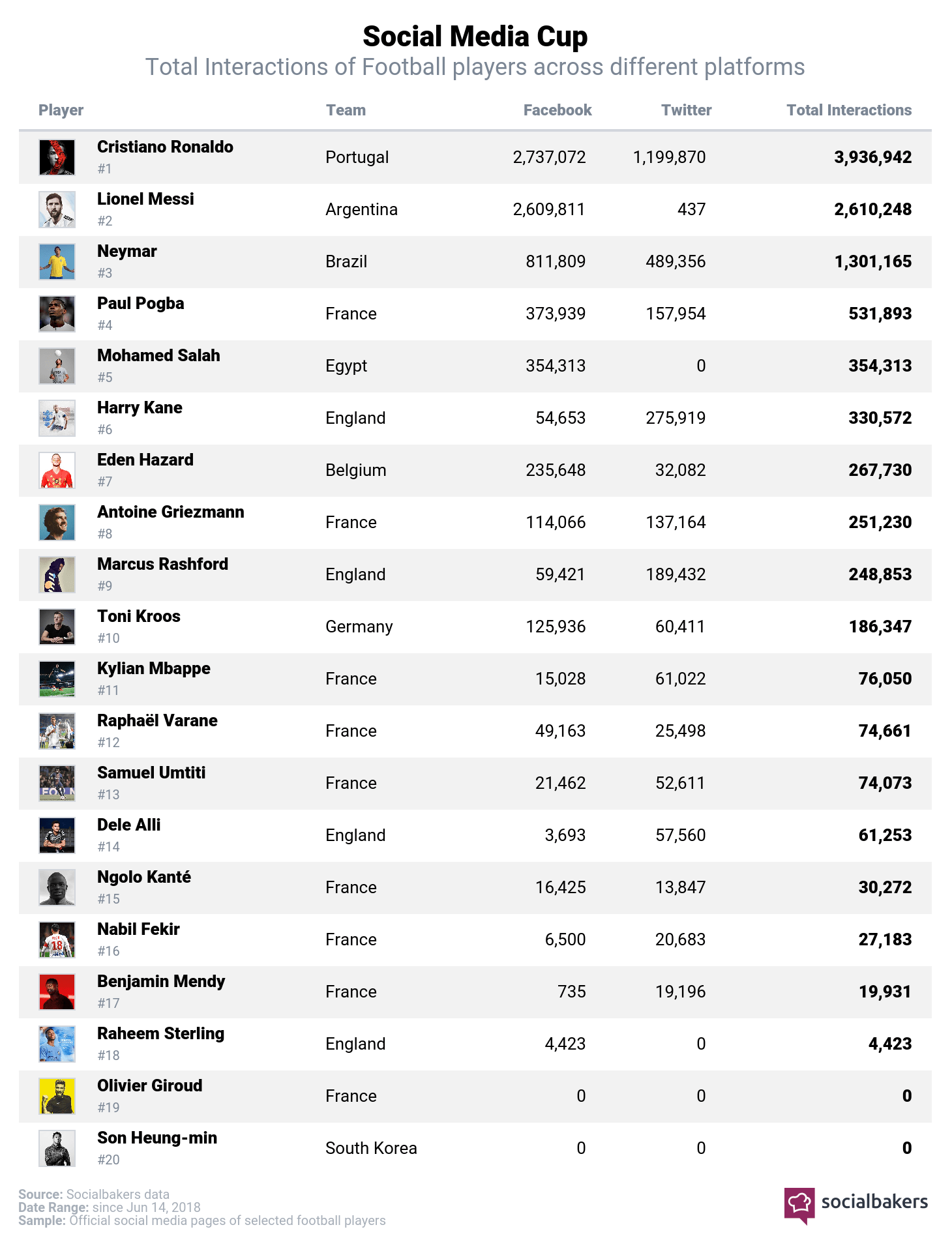 Surprisingly in the team rankings (14 – 20 June), Mexico was the top placed nation, followed by Spain, France, Germany and Portugal. 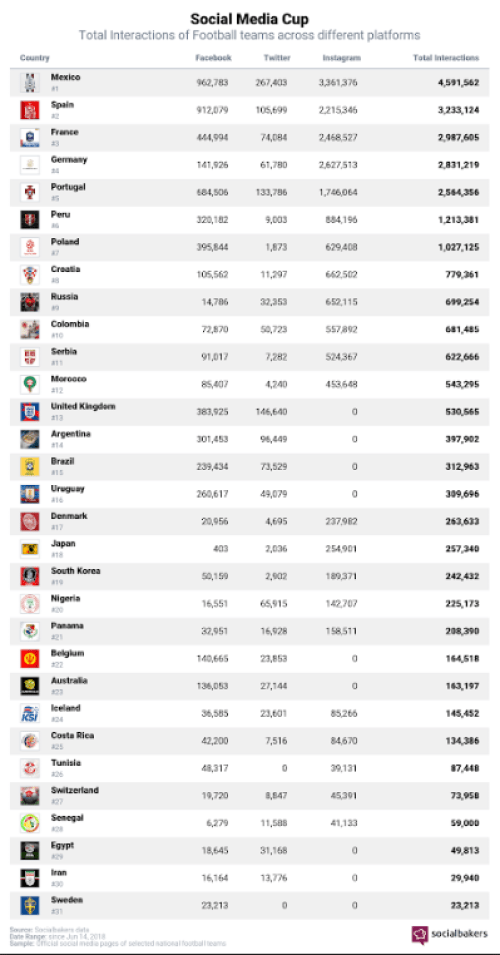 Both these pictures changed drastically, after tenth placed Toni Kroos scored a last-minute winning goal against Sweden. He moved up into the fourth spot, and Germany jumped into second place in the team rankings. In fact, the country’s total interactions across their owned social platforms more than doubled between 20 and 25 June, thanks to their nail-biting win against Sweden. 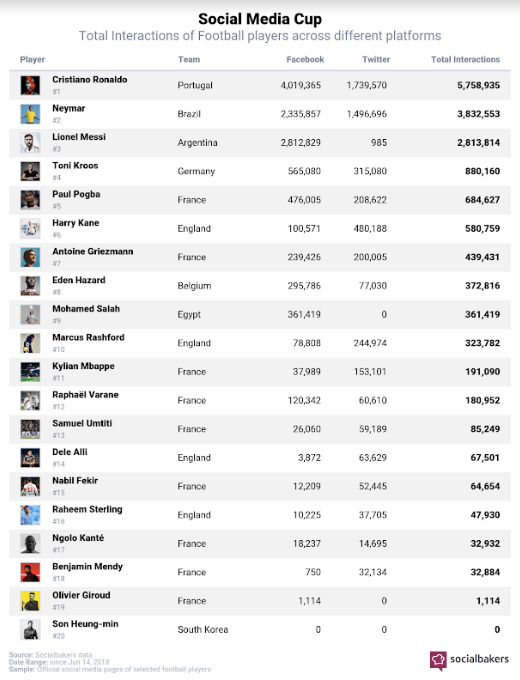 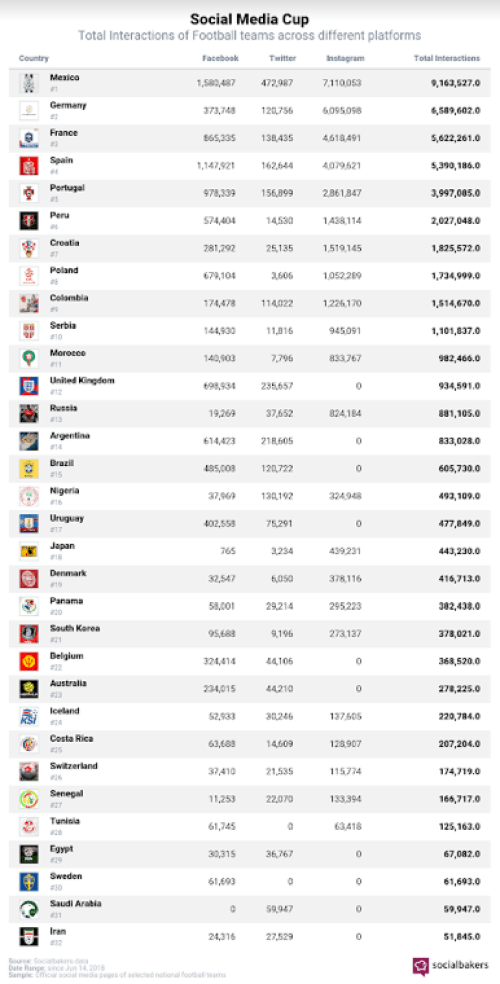 All data courtesy of Socialbakers.