AT&T-Time Warner, net neutrality and how to make sense of the media merger frenzy 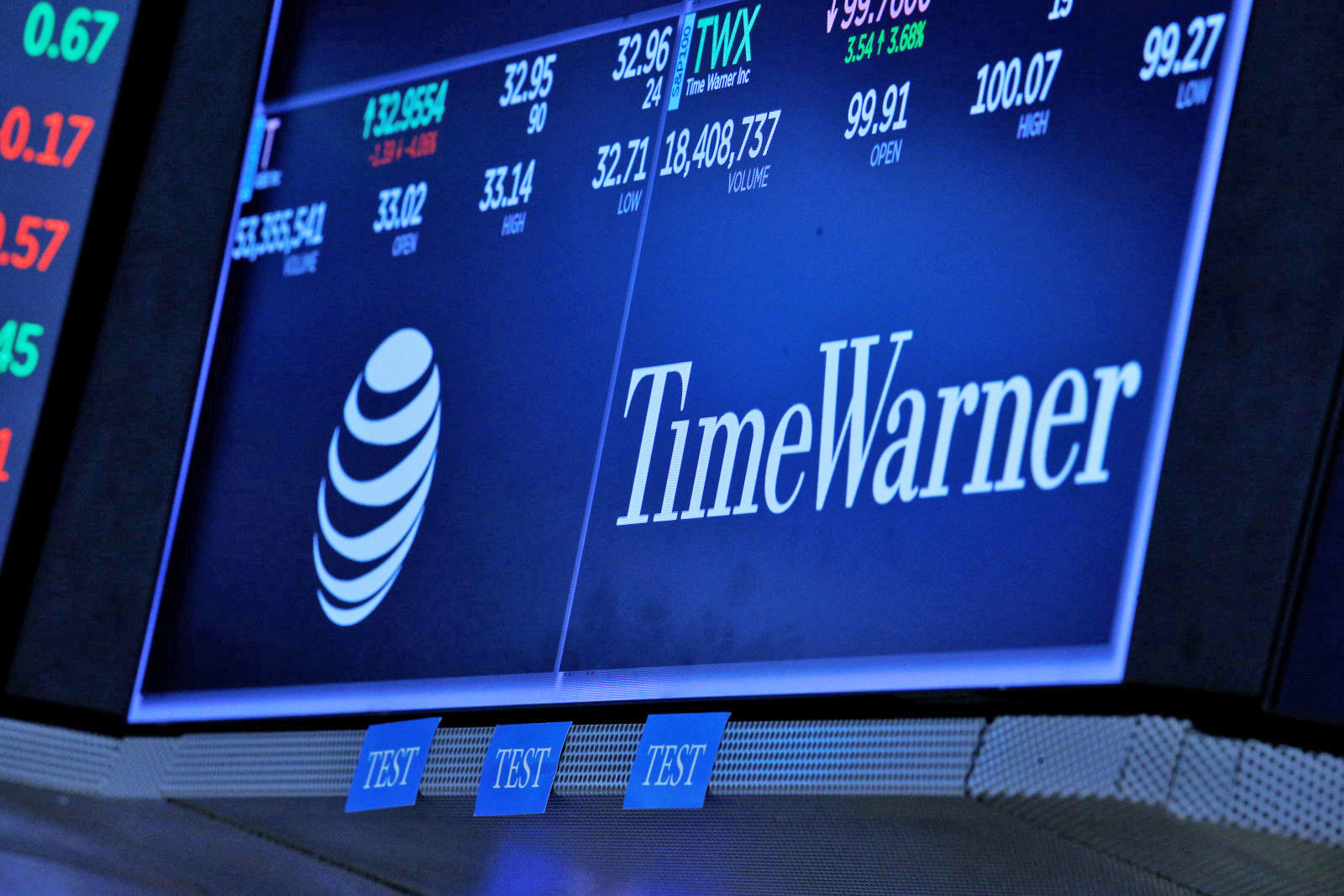 AT&T and Time Warner are among the latest companies to merge. Reuters/Brendan McDermid


Last month, the US Department of Justice lost its suit to prevent AT&T’s acquisition of Time Warner.

The agency had brought the case out of concern that the acquisition would reduce competition and in turn result in higher prices for consumers as well as less innovation.

The fact that the deal has gone ahead regardless has encouraged a still-ongoing bidding war between Disney and Comcast for most of the assets of 21st Century Fox, and prompted business journalists to predict a coming frenzy of mergers.

My research tracks how the media business has changed over the last two decades and what that change means for consumers. I’ve learned that not all mergers are alike, and some are more consequential than others. As I’ll show, allowing mergers like AT&T’s acquisition of Time Warner will profoundly reshape the American media landscape, even more so because of the elimination of net neutrality.

All media businesses are not the same

The first thing to understand about these mergers is that not all ‘media’ companies do the same thing.

Some media companies create content – they decide what to produce, fund its creation and organise it as a schedule of programming for a channel. Content companies then negotiate with cable/internet and satellite businesses that distribute that content to millions of homes that pay them to provide programming or internet access.

Until 2011, a logic of keeping content and distribution companies distinct guided the organisation of the media industry, what legal scholar Tim Wu terms a “separations principle“. The businesses that create content and the cable/internet companies that enable it to reach viewers were, for the most part, different entities.

The reason AT&T’s purchase of Time Warner is so significant is that it allowed a major distribution company to purchase a large content company.

Consumers pay AT&T to receive mobile phone (159 million in the US and Mexico), video (47 million) and internet services (15.8 million). Time Warner is mostly a content creation company. Its holdings include Warner Entertainment, Turner Broadcasting and HBO.

This type of ‘vertical’ integration – the joining of companies that perform different aspects of the supply chain – has not been as much a concern for antitrust regulators as “horizontal” mergers, which they often try to prevent. That’s because horizontal deals allow a merger of two companies that do the same thing – creating a monopoly in the most extreme – and might give them considerable competitive advantage over others.

Fox’s suitors and the end of ‘separations’

But the competitive dynamics of media aren’t like other industries.

Distributors often have considerable power because they face limited and sometimes no competition. Normal marketplace dynamics have not operated because US policy – in acknowledgment of the infrastructure required to wire a nation – has offered these services protections that have allowed them to operate as monopolies or with minimal competition. This has given consumers very little choice in providers and has led to the many aspects of service that frustrate them.

When looking at the acquisition of Fox – a content company – its two suitors create different concerns.

Like Fox, Disney is mostly a content company. Their merger would provide Disney with greater market power in negotiating with cable/internet companies and reduce the employment marketplace for creative talent. It’s a classic horizontal tie-up, the kind antitrust investigators often oppose, but less concerning than a vertical deal because of the conditions of the US media marketplace.

Comcast is a cable/internet company, which would make its acquisition of Fox a vertical merger and raise the same concerns as the AT&T-Time Warner deal. Such concerns derive from particular features of media, like the way their content isn’t perfectly substitutable and plays important democratic and cultural functions.

Since 90 percent of professionally produced U.S. television is created by just nine companies, the net result is a dysfunctional marketplace that makes vertical mergers concerning.

The U.S. television industry has been in the midst of constant, precipitous change for the last 20 years in response to the arrival of the internet as a new technology for delivering video.

During that time, new competitors have arisen – such as Netflix – while others that dominated cable and broadcast distribution have developed internet-distributed services – think HBO Now and CBS All Access. Yet, these new ‘competitors’ rely on the same content creators that make shows for cable and broadcast, so the current ecosystem is multifaceted with many entities that are as complementary as competitive.

For consumers, it will be difficult to distinguish the implications of the erosion of the separations principle from the abandonment of net neutrality policy, a change that became official the same week as the ruling in the AT&T-Time Warner case in June.

The elimination of net neutrality allows internet service providers to require companies that distribute content over the internet to pay for prioritization – what has been described as a “fast lane” – to be readily available to customers. Imposing those fees on companies such as Netflix and Hulu will most likely lead them to hike fees to subscribers.

Consumers are likely to see these implications sooner – within the year – than they are to notice changes to the competitive landscape of U.S. media because of the AT&T-Time Warner merger. But the end of net neutrality magnifies the impact of this deal.

That is, AT&T will be able to treat its own content favorably – for example, HBO won’t have to pay to receive fast-lane access on AT&T’s internet service – but AT&T will likely require competing services such as Netflix to pay up. AT&T might also make HBO very expensive for those who do not receive its internet service in order to encourage subscribers to switch providers.

Like the series of mergers in the early-to-mid 1990s that completely reconfigured media into the conglomerated structure Americans now face, the AT&T acquisition of Time Warner similarly signals the dawn of a new competitive field.

The implications of those mergers weren’t immediately evident in the 1990s either. It took five to 10 years for strategies and industrial practices to shift, and when they did, it was rarely obvious that the root cause was the new ownership structure. This will likely be the case now too.

The abandonment of the separations principle means distribution companies like AT&T can use access to exclusive content as a strategy to drive consumers to purchase their service. That may be a reasonable strategy if most consumers had more than one or two options for internet service, but the reality is Americans do not.

As a result, consumers with specific tastes – those who want NFL football, HBO and AMC dramas like The Walking Dead – may find themselves paying much more if their internet/cable provider doesn’t own all the content they desire.