Advertising is obsolete: Here’s why it’s time to end it 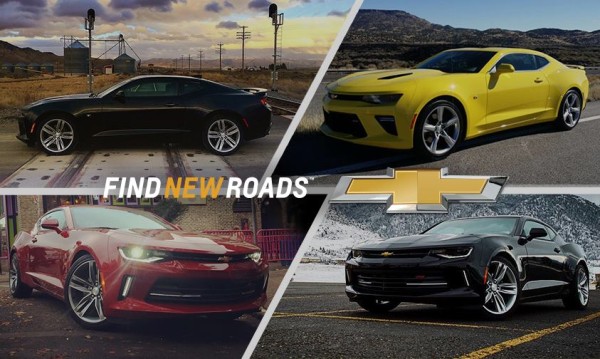 Photo: General Motors is one of the US's biggest advertisers


Since it first became clear that Russian agents spent thousands of dollars a month on political advertising on social media in the runup to the 2016 presidential election, Americans have been asking how the powerful advertising infrastructure run by Google and Facebook could have been thrown open to foreign agents.

But fewer have stopped to ask whether there is a good reason for this infrastructure to exist at all. Why, exactly, is it a good thing for Facebook and Google to be selling advertising to anyone, let alone Russian agents?

The obvious answer seems to be so that legitimate advertisers, meaning the likes of Coca-Cola and General Motors, can inform consumers about the products they offer.

But herein lies the paradox of all advertising in the information age, online or otherwise. If there is one thing that the internet has made it easy for consumers to access without the help of advertising, it is information – and especially information about products.

As I argue in a recent article in the Yale Law Journal, if the only justification for advertising is that it informs, then advertising is now seriously obsolete. Not only that, it could even count as anti-competitive conduct in violation of the antitrust laws – as the Federal Trade Commission once believed.

Imagine a world wiped clean of advertising of all kinds – from the sponsored links at the top of the Google search results page and the banner ads on your favorite websites or mobile apps to the sponsored posts in your Facebook feed and the TV commercials and billboards in the offline world.

Would you still be able to find all the information you could ever want about products in this alternative world?

Of course you would. Your friends, family and the host of complete strangers you follow on Facebook, Instagram, Pinterest and half a dozen other sites would continue to bombard you with information about their lives, including all the products they are using. And if you want to go out and learn more about a particular product, or find something new, a thousand little blue links optimized to meet your search criteria are just a Google search away.

In other words, we live in a world so immersed in easily accessible information that advertising is no longer needed to inform us about products. Advertising is obsolete.

But if advertising is out of date, then why is it everywhere?

The answer, I argue in my article, is that advertising has always done more than just inform. And that other function is if anything more powerful today – and more valuable to advertisers – than ever before. It is what scholars of advertising euphemistically call advertising’s power to persuade, and what the rest of us call its power to manipulate.

As sociologist Emily Fogg Mead once put it during the dawn of mass advertising a century ago, ads are a “subtle, persistent, unavoidable presence that creeps into the reader’s inner consciousness. A mechanical association is formed and may frequently result in an involuntary purchase.”

That – and not the ability to inform consumers about products they might not otherwise hear about – is the value of advertising for which advertisers paid US$200 billion in total in the United States last year. Advertising remains so common today not because it informs but because it persuades.

That power to sway, which has always been a part of advertising, has been magnified by Google and Facebook, which have invested billions in turning the internet into a vast infrastructure of persuasion that includes the data collection tools running behind all of our favorite free services, the algorithms that decide based on that data how best to target advertising to make us succumb to its blandishments and the screen real estate where ads are displayed.

Google and Facebook put all this in place to help corporate America, not Russian agents, reach us. If it seems credible that Russian agents could have used this infrastructure to alter the outcome of a U.S. presidential election, it is equally credible that the largest American advertisers can use it every day to their own ends, inducing consumers to buy products that they don’t want. 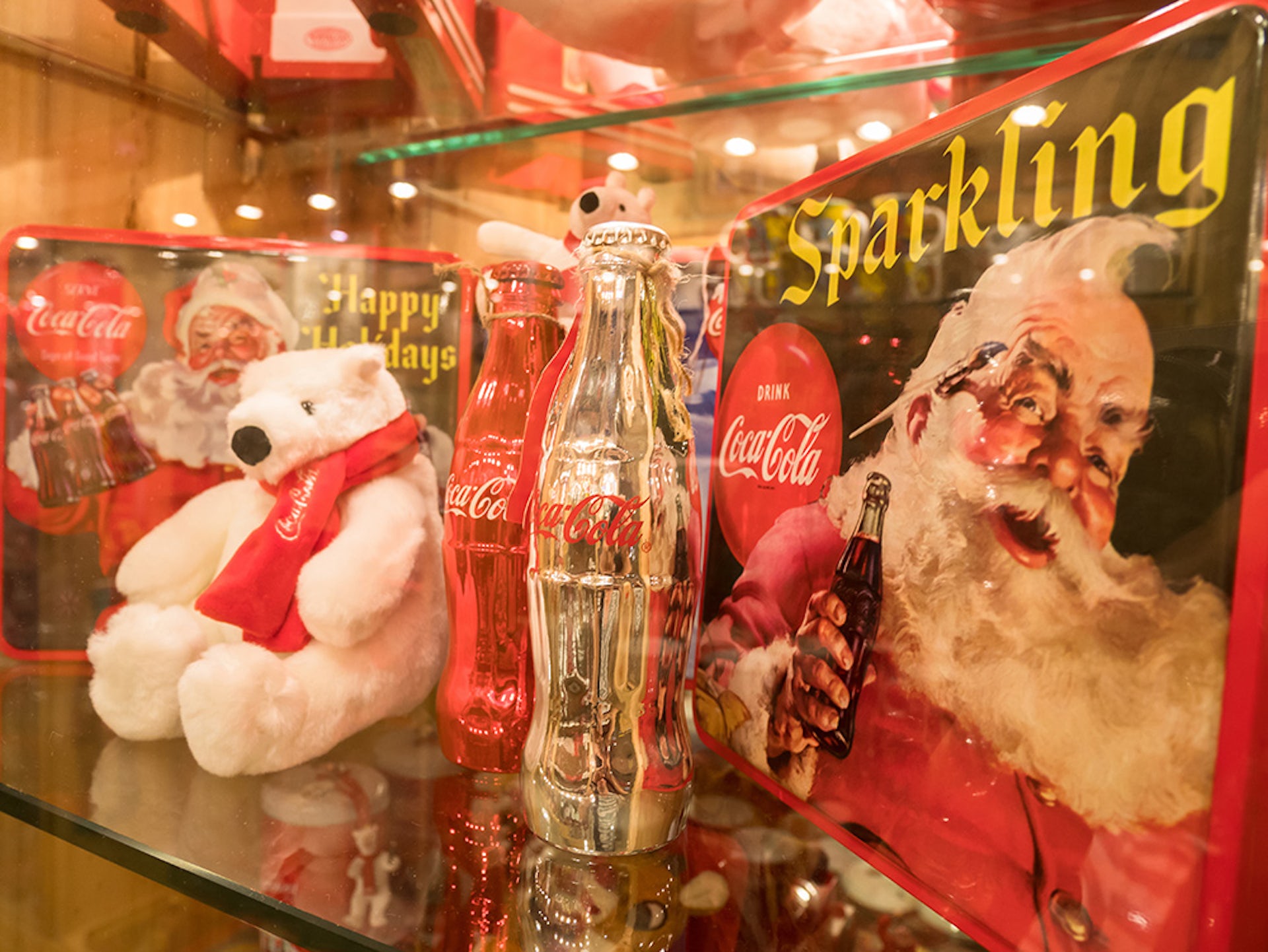 Coca-Cola has long used Santa to sell its products. Amankris/Shutterstock.com

The antitrust case against advertising

And just as Russia’s political advertising may have put one candidate in the election at a disadvantage, commercial advertising can put companies selling products that consumers might actually prefer, but are less well advertised, at a competitive disadvantage.

That gives the Federal Trade Commission, which is charged with enforcing the nation’s antitrust laws, a legal basis for going beyond current limits on advertising that is false or aimed at children, to sue to put an end to all advertising.

The courts have long held that Section 2 of the Sherman Act prohibits conduct that harms both competition and consumers, which is just what persuasive advertising does when it cajoles a consumer into buying the advertised product, rather than the substitute the consumer would have purchased without advertising.

Of course, the maker of the substitute can advertise back, but there is no reason to think that the company that wins the advertising battle with the catchiest slogan or the most famous celebrity endorsements will be the one that sells the better product. Coke’s advertising is so good that consumer brain scans light up at the mention of Coke, but not Pepsi, which may explain why Coke’s market share is double Pepsi’s, even though consumers cannot distinguish the two colas in blind testing.

The FTC and the courts understood all this in the 1950s, when advertising was taking another new medium – television – by storm. The FTC launched a series of lawsuits against some of the nation’s largest television advertisers, including Procter & Gamble and General Foods. In the FTC’s greatest success of the era, the commission managed to convince the Supreme Court that the advertising of Clorox bleach illegally put rivals at a disadvantage. According to the court, the profusion of Clorox advertising “imprint[s] the value of its bleach in the mind of the consumer,” allowing Clorox to charge a premium over store brands, even though all bleach is chemically identical.

The reason advertising never went away, and Clorox still advertises, is that in the early 1980s the FTC embraced the view of advertising as usefully informative and ended its lawsuits.

But now that the information function of advertising is obsolete, as I’ve shown, the FTC should pick up where it left off and once again challenge the business of advertising.

A renewed FTC campaign would force the reorganization of some important industries.

Google and Facebook would of course have to find new ways to generate revenue, such as by charging users for their services, and newspapers would probably have to embrace a public funding model to survive without the advertising that has long been their lifeblood.

But, arguably, since consumers already pay for Google and Facebook with their personal data, it may not be too much to ask that they pay with their money instead. And given journalism’s well-documented woes, public funding is probably its future anyway.

The only things to fear from a renewed FTC campaign against advertising are freedom and peace of mind; the freedom to decide what to buy on your own, and the peace of mind that would come from the demise of an advertising infrastructure that foreign agents are already trying to exploit again.

Ramsi Woodcock, Assistant Professor of Law, University of Kentucky He is an expert on antitrust law, economics, and policy, with a particular focus on the consequences of the information age for the antitrust treatment of personalised pricing, dynamic pricing, and advertising.