Kwesta starts spring with a bang 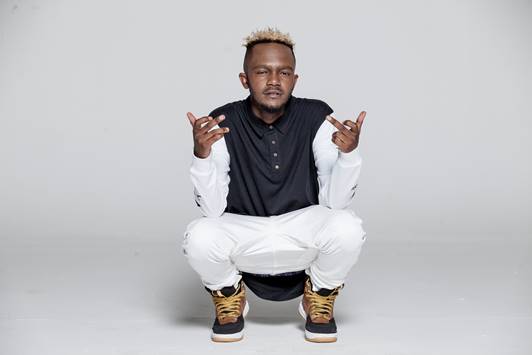 South African hip hop star, Kwesta, is kicking spring off with a bang with a three day event to celebrate his birthday. The gathering will give up-and-coming musicians a chance to showcase their talent.

Three days of fun filled activities and awesome music from over 50 musicians on the line-up will also include a surprise international act. Despite asking, Kwesta was unwilling to reveal the surprise.

Kwesta hopes the event will eventually become similar to Oppikoppi. 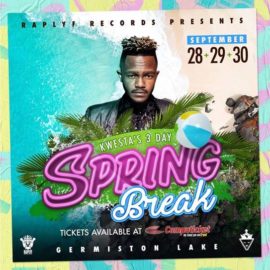 Where he came from

Senzo ‘Kwesta’ Vilakazi’s road to stardom began when he signed with record label, Buttabing Entertainment. Now, 11 years later, he is one of the biggest, if not the biggest, South African hip hop act. The wealth of knowledge he gained from being signed was invaluable and he praises the recording label for what he learned and practices today.

“I think there were a lot of things I learned to do that I wouldn’t’ve been able to, had I not signed with them. When you’re independent all the money you need to spend on a project needs to come out of your own pockets.” Buttabing was also an opportunity for him to learn about the management side of the industry, and managing himself and his finances.

“Being independent is a balance of patting yourself on the back when things go right and taking full responsibility when things go wrong, so the major moves I’m making now comes from my teachings from the old label,” he adds.

Being your own boss

The idea of running your own business may seem like an ideal situation for anyone, but having to deal with what comes with it, is a completely different story. It’s all about establishing brand new relationships and not relying on the relationships your previous label created on your behalf, explains Kwesta.

“I had to demonstrate credibility for my record label, RapLyf. I had to start everything from the bottom up. So starting from scratch is a good opportunity to learn along the way,” he explains.

A group of influential musicians decided to create an opportunity to pay their respects to ProKid. The proceeds from a concert went towards the late artist’s daughter’s education fund.

“Unfortunately the event came as a result of a huge loss to the music industry and we wish it could’ve come up from different circumstances. The great thing was that it created unity among musicians and just to be clear this was not because there was no money for his daughter’s education,” Kwesta shares.

He adds that although they weren’t that close, whenever the two met, ProKid would be so welcoming and very humble, considering the impact he made in the hip hop industry in South Africa.

“He sparked the inner writer in me and made me focus on my content. He also made me feel proud of where I come from, Katlehong, east of Johannesburg.”

In Vilakazi’s opinion, the event was a success because it did two things; it brought everyone in the industry together and also raised money for ProKid’s daughter.

The wordsmith is humble in nature and his music is undeniably authentic, so as a result, Kwesta has managed to secure musical collaboration with international artists, the likes of Wale, Rick Ross, Jidenna and Davido. Even more impressive is that he’s managed to maintain these relationships.

“The whole idea really is not to be accepted by them, but to take our music and sell it to the rest of the world. I don’t want to be like them, but rather work with them so that I can tap into the audience and visa-versa,” he explains.

American musicians have really embraced African and indigenous sound by sampling music from the continent and collaborating with homegrown artists. Instead of local musicians trying to blend in, they should rather focus on promoting the sound where our American counterparts are left wanting more, is the advice Kwesta shares.

“It really helps when you have a strong presence on social media as an artist. It allows them to find out who you are a lot easier and just to see if pairing up with you would be worthwhile.”

The superstar has also appeared on the popular satellite radio show, Sway in the Morning. When South Africans see one of their own on an international platform they feel a sense of pride.

The hitmaker’s passion for helping others has directed him towards assisting people signed to his label, managing their business affairs and careers overall.

“I’m focusing my efforts on my record label and exploring the events side of things, and artist management is also important for me. It’s all about finding different ways to secure my and my family’s future,” he concludes.