Backed into a corner, the ANC blames journalists… again 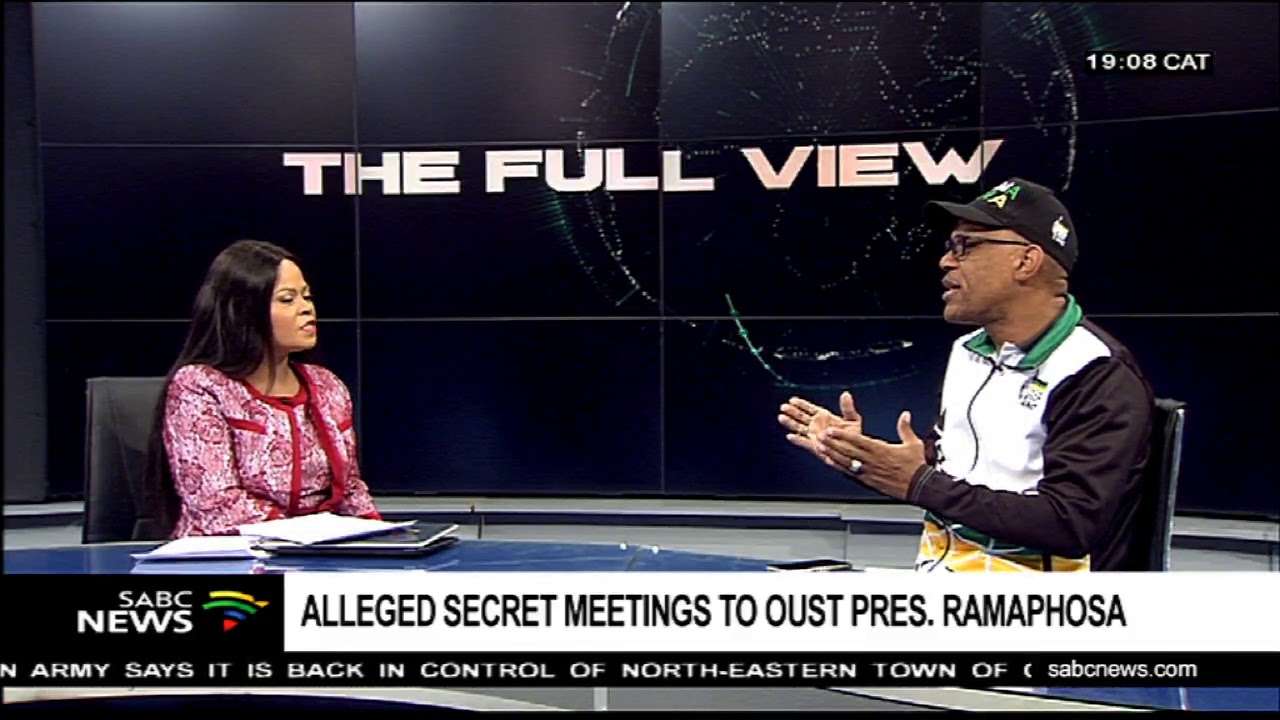 
Whether it’s an attempt to shift focus away from THE secret meeting everyone is talking about, or a genuine concern, the ruling party has once more lashed out at the media.

During an interview with SABC News’ Chriselda Lewis, ANC spokesperson Pule Mabe stressed firstly that there was no plot to oust Cyril Ramaphosa. He also delivered the party’s platitude of unity, before turning the conversation on its head.

“What is worrying, that has now come to our knowledge, is that leaders of the ANC are being followed. It should worry us, because that amounts to invasion of privacy,” he began.

“Why would the Sunday Times employ a journalist to follow the moves of, now they are going to end up killing our leaders. We must be worried. We need to increase the safety around the secretary general,” he continued.

“The safety of the secretary general is under question. His safety’s worrying. The fact that someone could be found outside his room at a hotel should worry us.

“It’s too worrying to know that a newsroom has invested money on an investigative journalist to follow the movements of our own leaders. This must be a worry,” he added.

Mabe himself was a media owner at one point in his career and as the spokesperson for the ANC should surely understand that journalists in the course of doing their jobs would report on the party’s leaders? That should they receive tip-offs that a former president was meeting with high-ranking officials would be of interest to the public and therefore the media?

He would surely know that it is not unusual for media houses to “invest” money in investigative journalism, especially in a country as fraught as South Africa as we head towards general elections in 2019? That South Africans take their politics seriously and have every right to read news on political leaders?

The ANC, of course, has refuted this “shameless gossip” and rejected “attempts to link our secretary general, Comrade Ace Magashule, to this alleged plot to oust the President of the ANC, Comrade Cyril Ramaphosa”. It said the story was simply “malicious gossip”, calculated to cast aspersions on the integrity and commitment of its secretary general.

“The leadership collective regards the unity of the ANC as sacrosanct and will oppose any attempts to sow divisions within its ranks,” it said.

Nevertheless, Ramaphosa’s man in Luthuli House, Zizi Kodwa, made a high profile appearance at the Zondo Commission on Monday, a day when revelations about state capture and how the Gupta family’s media operations were boosted by government ad spend and sponsorship was at the centre of evidence being led by investigators.

Kodwa danced around the subject of the no-longer secret meeting, but confirmed it was certainly not an official gathering. “We do not know if there was such a meeting or not, but the people who were there are best placed to respond to questions about the gathering,” he told reporters.

“So we cannot speak on behalf of people who were in that meeting…what we are seized with is unity and renewal of the organisation,” he said.

Pule Mabe had already done so. Which highlighted the lack of unity in the party and at Luthuli House.

However, Kodwa added that the ANC respects the work that journalists do.

What is worrisome for the journalism community is that it seems a threat was levelled against Qaanitah Hunter, who co-wrote the article. She claims to have received a picture of a gun from Matuba via a Twitter message.

I hear all the denials. But what I really don’t understand is why the SG of the ANCWL sent me a picture of a gun after I called her with questions and she denied even being in Durban on Thursday and even seeing Zuma. pic.twitter.com/eyAby3Qwuf

Kate Skinner, executive director of the South African National Editors Forum, responded with a stern rebuke. “SANEF strongly condemns what is a clear threat to this journalist despite the later apology. We believe these threats have a chilling effect on freedom of expression and access to information,” she said. “This behaviour is particularly worrying in the lead up to our critical national elections in 2019. We call on the ANC and all political parties to use the correct channels for complaints and to specifically protect journalists and journalism – we believe that this is essential to the safeguarding of the health of our democracy.”

Skinner said the ANC and its structures have the right to criticise the media, point out inaccuracies and lay complaints with bodies such as the Press Council. But, she added, it was “problematic” when particular journalists are attacked on a personal level. “The ANC Women’s League states in their press statement, ‘It is also not surprising that Qaanitah is part of such lies. It seems she always believes figment (sic) of her imagination and she is becoming an embodiment of gutter journalism’.”

The Cape Town Press Club added its voice to the criticism. In a statement it said, “We will not simply stand aside when journalists are personally attacked and threatened, particularly by political leaders who ought to be setting an example.

“Asked about the meaning of the photograph, Matuba reportedly claimed that she didn’t know who sent it as she shared the cellphone with many people. That is a wholly inadequate response in our view. There are a number of proper channels in which to challenge the accuracy of a newspaper report. The ANCWL should be using these rather than going on a tirade that seriously draws into question its commitment to a free press.”

The alleged meeting participants give their side of the story

Some of those allegedly involved in the meeting have given their own version of what was actually happening. Speaking to News24, ANC Youth League KwaZulu-Natal secretary Thanduxolo Sabelo said he was driving past the hotel when he spotted ANC Secretary General Ace Magashule. He alleged he stopped to have a quick chat with Magashule. Sabelo has since filed a complaint with the Press Ombudsman.

Matuba, despite her vitriolic tirade against Hunter, also claimed her presence there was coincidental as she bumped into Magashule while at the hotel for ANCWL work.

The ANC has demanded that the Sunday Times retract the story, while the paper’s editor Bongani Siqoko says his team stands by the report and will wait for the complaint.

As per usual, Twitter was quick to react to the news, with people weighing in with their opinions. Here are some of the highlights:

Who thought that Pule Mabe would make a great spokesperson? ?

Pule Mabe is an emotional disaster of a spokesperson

Pule Mabe tells @Chriseldalewis “We need to increase security for SG, you can’t employ journalists to follow our leaders, they are going to end up killing our leaders”. ???Says what should actually be discussed is the security for the SG and other ANC leaders “being followed” //t.co/Lr3yS3Ugfc

#PuleMabe says the safety of the SG is a concern as newspapers are paying journalists to follow him. “They’re gonna end up killing our leaders, it’s worrying.” #SabcNews

#PuleMabe warned that the leadership may be killed apparently by the journalists who follow them around! Hahahaha

#PuleMabe a journo and the editorial meeting did not conjure the #DurbanMeeting or division within your ranks.

As long as #ANC put bo #PuleMabe as their voice: nothin will ever go right.

Journalists use pen and paper to follow crooks, thieves, imposters and traitors to expose them. Do good or bad there will be there they don’t need your invitation more importantly with public purse. Don’t hurry still coming to you. Hope you pass life audit test

Unfortunately, Pule Mabe and Ace Magashule are part of the same defeated NDZ faction. It is no surprise that they want to rubbish the media for exposing their clandestine motives. Cyril must appoint Zizi Kodwa to speak on behalf of ANC, not these compromised crooks.@mabena_bob