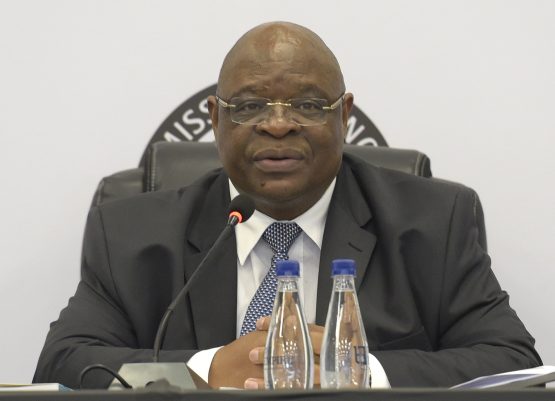 
More than R260 million – that is how much the now-defunct Gupta media entities The New Age and Infinity Media scored from government advertising contracts from 2011 to 2018.

Although it has long been suspected that the Gupta family used its enormous political influence to channel government’s R600 million annual advertising budget to keep its media entities afloat, the exact amount has – until now – remained a mystery. The largesse to Gupta media entities, which include The New Age newspaper and its sister 24/7 television news channel ANN7, was revealed by National Treasury veteran Jan Gilliland at the Commission of Inquiry into State Capture on Monday.

Gilliland’s expert testimony at the commission was not intended to implicate the Gupta family in the corrosive state capture project but to show how their media entities received money through the Government Communication and Information System (GCIS) and other government departments.

Gilliland has been working at Treasury since 1987, and currently serves as director of operations and financial system implementation.

Gupta entity The New Age (TNA) housed the family’s newspaper that goes by the same name, while Infinity Media housed the television station.

Gilliland’s testimony suggests that government advertising payments to the Guptas were made long before the family’s daily newspaper was launched in 2011, followed by the television channel in 2013.

Treasury figures show that payments to Gupta media companies spiked in 2015, when payments totalling R68.2 million were made.

A breakdown of the R260.3 million reveals that TNA received 95% of the money and Infinity Media received the remaining 5%. In addition to normal media advertising, the money is believed to have sponsored the controversial business breakfast briefings — organised by TNA newspaper in partnership with the SABC.

In determining the money paid to Gupta media entities, Gilliland says he tracked payments made through the basic accounting system (BAS), which is used by national and provincial government departments to capture their day-to-day payments in a general-ledger style. Treasury has access to the general ledger and payments made independently by each department.

Essentially, Treasury is in a position to identify payments made to Gupta entities.

TNA and Infinity Media used different and often obscure names on their invoices.

The duplication of bank accounts linked to TNA and Infinity Media.

Gilliland also went through payments made to Gupta media entities from various provincial departments. The Free State emerged as the province that made the largest payments to TNA and Infinity Media, which scored R75.2 million and R4.2 million respectively.

The Gupta family has been placed at the centre of the state capture project in the Free State. The family and its business associates allegedly benefited improperly from the Vrede Dairy Project, an agricultural project meant to benefit farmers in the province.

Gilliland’s testimony follows those of former GCIS CEO Themba Maseko and acting GCIS head Phumla Williams, who both say they were pressured by the Gupta family and others to redirect government’s budget towards the family’s media entities.

The GCIS is responsible for coordinating government’s advertising and buying advertising space from SA’s media platforms to communicate its messages.

Ray Mahlaka is a financial journalist passionate about public policy and property.