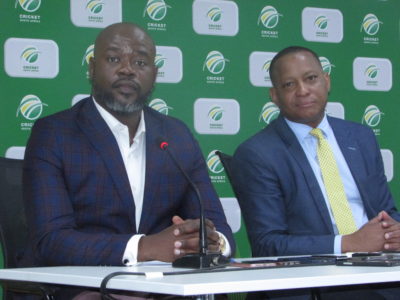 
Describing the Cricket South Africa T20 deal as a lucrative one for the SABC, the public broadcaster’s CEO Chris Maroleng said it was not reckless buying, but an indication of a commercially viable thought-through decision.

The SABC struck a deal with Cricket South Africa to broadcast the brand new local T20 league in a couple of months’ time.

“Our partnership with Cricket South Africa presents us with an opportunity to derive commercial value from sports content and sports rights… At this stage we are not in a position to talk about the specifics around the commercial aspects due to the Memorandum of Understanding with Cricket SA. What I can say, is that it is a lucrative opportunity for the SABC,”  Maroleng said.

Pushed for a figure on how much SABC paid for the broadcast rights, Maroleng constantly refused to divulge this. But as an off the cuff remark by the discussion’s facilitator indicated, “nothing is for free”.

Maroleng did say though: “We are indicating that the SABC is really now positioning itself to become a leader in the presentation of sports to the people of South Africa … We will be doing our best to do so in a commercially viable way … This deal does not expose the SABC to commercial risk.”

Maroleng frankly admitted that in the past the SABC acquired sports rights in a way that did not provide for commercial value for the public broadcaster, or no one thought about ways to derive this value. But he stressed that going forward, this deal would be used as a case study for future sports rights negotiations and acquisitions.

“This deal is a framework agreement, which indicates to our sports division a real working model on how to engage with sports rights, how to do so in a way that is beneficial to the public, the SABC and Cricket South Africa,” he said.

“It also allows us to present the true value proposition of the SABC Sports brand … What we are saying, as the SABC, is that we can no longer be an impediment to the tax payer and to the fiscus anymore. We must acquire rights in a commercially viable and responsible way,” he added.

One of the key revenue drivers from this deal for SABC will be what Maroleng calls “classic advertising”, which is simply traditional broadcast adverts. Sponsorships across the broadcast platforms will also bring in additional income for the public broadcaster.

“There are a number of commercial revenue opportunities which we will fully exploit to the benefit of the SABC … Some of the initial calculations we have come up with really indicate to us that the SABC is set to do really well from a commercial perspective from partnering with Cricket South Africa in this tournament,” Maroleng commented.

Asked whether the SABC is close to signing a sponsor to cover the broadcast of the tournament, Maroleng simply said that SABC was working closely with Cricket SA and that signs were promising that a deal will be concluded “very shortly”.

Asked how SABC was purchasing sports rights, while at the same time undergoing cost cutting measures, including the retrenchment of staff, Maroleng emphatically stressed that no one had been retrenched, merely indications have been made that consultations with labour will take place.

He re-emphasised: “What we have done is entered into a mutually beneficial partnership with Cricket South Africa, in a commercially viable way, in a responsible way given the current constraints that the SABC faces. In no way have we been reckless in the acquisition of these rights.”

Bringing cricket to everyone 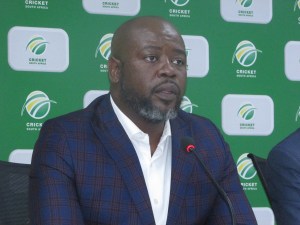 The tournament is scheduled for November and December this year, which will feature six teams. All of the matches will be broadcast live on SABC 3 and aired on Radio 2000. Umhlobo Wenene FM will also flight some of the matches live.

“The SABC would like to use this as an opportunity to partner with Cricket South Africa in the development of this crucial sport, to take it to the furthest flung parts of South Africa to help in its development,” said Maroleng.