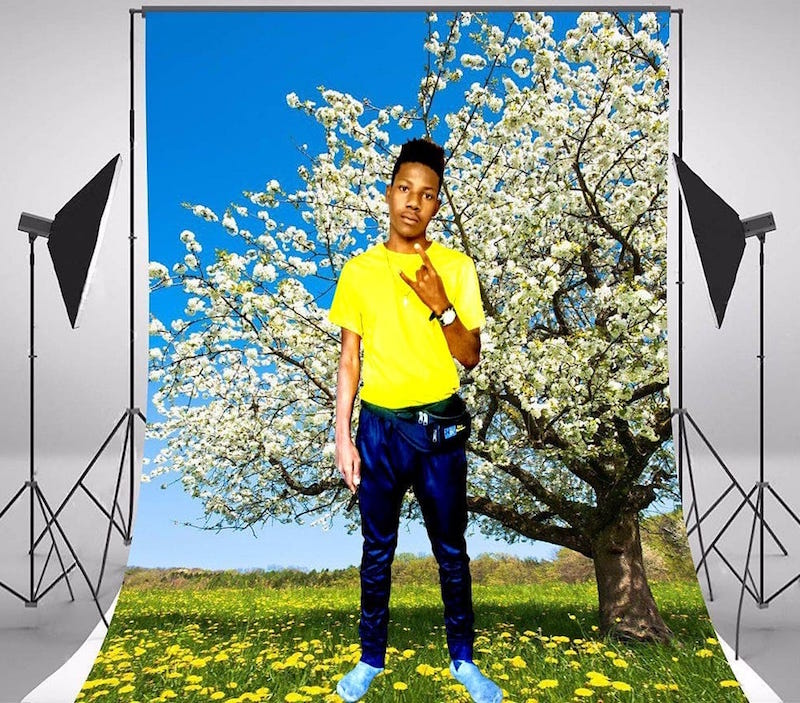 When Muvhusi Tshilimandila first set out to build a platform for creatives, he was based in the Limpopo town of Makhado, and had a single vision: to shine the spotlight on local artists.

That vision has grown, along with the platform – Creatives Makhado – which now reaches out to young, up and coming visual artists in arts, music, fashion, photography and creative collaborations.

It started with a local talent show, where Tshilimandila, better known as Mtc Cracker, was stunned by the level of talent he experienced. “This one guy was so good – unlike anything I used to listen to on South African music channels, and I thought: ‘No ways, this guy is really better than most people – how come he hasn’t been heard?’ I spoke to him, he told me more about his music and that’s when I understood that there are plenty of talented young artists; they just don’t know how to make it.”

Tshilimandila himself was quite young at the time and was taken by the idea which propelled him to move in more ways than one. “I saw the bigger picture and realised it would be harder to make it come to life in Limpopo, and that it’s not just that side (of town) that needs help; it’s the whole of South Africa,” he explains.

An orphan who was raised by his aunt, Tshilimandila was only 16 when he decided to take the leap and move to Gauteng. He moved in with his brother in Pretoria, soon settled into a new school and a new life – and started setting his dream into motion.

His first step was to find a web designer to help build his platform – then get industry players to buy into his vision. “At first it was slow, I had no idea of the industry, so it was tough connecting with people who are already established in the mainstream, so people can trust me, and I can build my audience,” he recalls.

One of the first artists he worked with was AB Crazy – a hip hop artist who is signed with Kalawa. “This is the person that made me love this industry and got me to understand it,” says Tshilimandila. “After a successful working relationship, I stopped working with him because I wanted to focus on what I really wanted to do: to push young, up and coming artists with no profile and no following.

In 2015, it’s first year, the platform already began showing signs of growth. “Audiences started getting bigger, mostly by word of mouth. I was helping upcoming artists and our audiences were mostly those artists’ followers – if I feature an artist, they start telling their friends and so, inspired other artists to come and work with us,” explains Tshilimandila.

Today, Creatives Makhado is a two-man band comprising Tshilimandila and Hlokemelo Pebane, with Pebane responsible for promoting artists while Tshilimandila focuses on finding them – and a team of 10 freelancers working on different projects countrywide.

The platform does more than illustrate the works of South Africa’s young urban talent though: it also partners with other event organisers around the country. “We use these partnerships to promote the artists – it’s an opportunity for artists to showcase their talents at these events; even though they don’t always get paid. These events range from fashion shows – like the one they ran with The Furor Kulchar in Pretoria this past July – and summits, where they bring in motivational speakers to empower budding artists on the challenges of bringing their business to life. Their hit list of events include Back To Square One, The social market PTA, Soweto Spring Fest, and more.

Little wonder that Creatives Makhado is now a go to for South Africa’s young artists. “We focus on everything that is creative, with content creators all round; we still look for fresh young talent, but most send us their work,” says Tshilimandila. And while he still actively scouts for artists – “I watch videos, go through music online and attend events” – he is also now focusing on promoting the platform to give these artists even greater exposure.

“My dream, my aim, my goal has always been to help artists. All I want is to get the message to the artists in South Africa to know about a platform that can help their talents get recognised or noticed. Most talented artists fail to make it because their work goes unnoticed.”