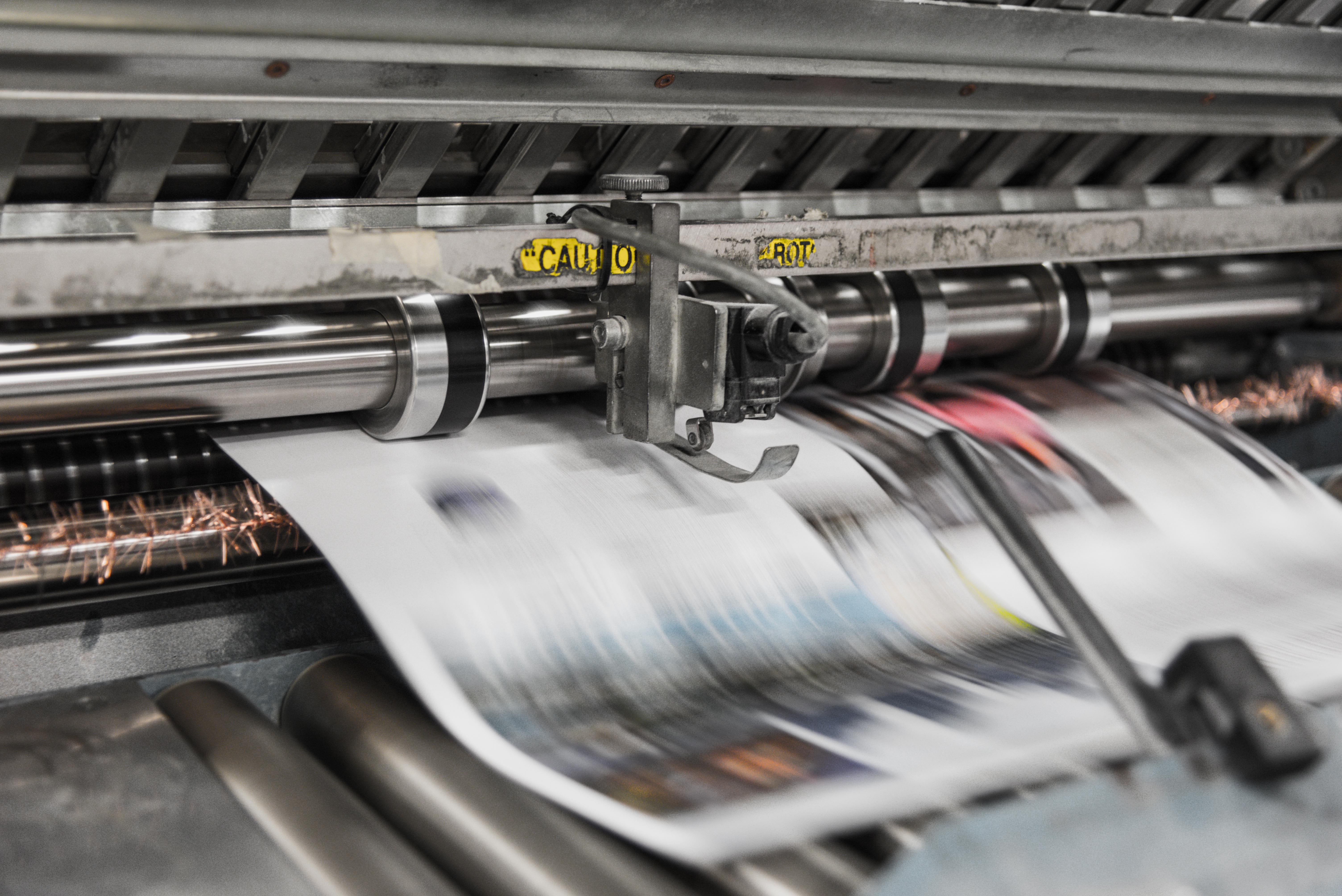 On 3 September the newspapers owned by Dr Iqbal Survé changed their typographic style to copy the layout of the Sunday Times and the Cape Times carried a pleading editorial by Aneez Salie headlined Please continue to show us the love.

This supplication from the Cape Times editor continued to the final sentences which included this one: “We sincerely hope, dear reader, that you will continue to show us the love, as you have been doing for the last five years of transformed ownership, leadership and ethos.”

Ever since Salie was made editor in February 2015, there has been a decline in subscribers and sales and, according to Audit Bureau of Circulation research, daily circulation of this once-respected newspaper has now dipped below 30 000 for the first time in its modern history.

The reason for this decline in circulation is obvious – on Salie’s watch the newspaper deliberately turned away from its traditional core audience, those living in the leafy suburbs. They started cancelling their subscriptions because they were alienated by the way that the Cape Times constantly published false accusations of racism and demonised the institutions they hold dear, such as UCT, by deifying Chumani Maxwele and the Fallist cause. This resulted in suicide and attempted murder and intimidation and arson on the local campus and damage and disruption throughout the country. In the end, the Fallist rampage, which was spurred on from the beginning by Cape Times reporter Carlo Petersen, resulted in property damage which will cost close to a billion rand to repair and rebuild.

The anti-white animus which has become synonymous with the Cape Times since 2015 is the antithesis of the Nelson Mandela ideal which sought to unite all South Africans – nation building through reconciliation – but Salie proudly acknowledged this flagrant ethnic bias in his 3 September editorial:

“No longer do we serve primarily the descendants of the English colonists.

“We are humbled and deeply grateful that you the readers warmed to this approach with loyal support, rejecting calls for a boycott by those colonial, unrepentant racists who once prostituted the Cape Times for their narrow political ends.“

So former Cape Times editor Tony Heard who broke the law during the National Party era by publishing his interview with Oliver Tambo and went on to become an adviser to President Thabo Mbeki is a ‘colonial, unrepentant racist’ who ‘prostituted’ the Cape Times for his ‘narrow political ends’?

And so, if Aneez Salie is correct, is Tony Weaver, who was praised by Trevor Manuel for his brave reporting during the Struggle era and who was driven out of the Cape Times after facing trumped-up disciplinary charges during a purge of staff which still continues and which has seen the company lose more than a hundred of its finest talents?

One can understand Salie’s anxiety because his employer, Sekunjalo Independent Media, is in such dire financial straits that it is now embarking on a second round of retrenchments less than two years after the last which, it will be remembered, was strategically timed to penalise dozens of loyal, long-service employees by putting them on the streets just before Xmas in 2016.

This has been confirmed in a devastating exposé by Dougie Oakes of how unpleasant life at the Cape Times has been under the draconian and unethical control of Iqbal Survé and Aneez Salie. Oakes, political editor and op-ed writer left the Cape Times recently and so, too, did the news editor, Lynette Johns. This means that, within the space of a few weeks, five senior news executives, Gasant Abarder, Chiara Carter, Yunus Kemp, Dougie Oakes and Lynette Johns severed ties with Iqbal Survé – something absolutely with precedent in the history of the Cape Times and the Cape Argus.

This mirrors the mass exodus of editors, senior news executives and columnists which occurred after Survé fired Alide Dasnois and Donwald Pressly in 2014 in retribution for the factual coverage they had given to the Sekunjalo tender scandal which resulted in Thuli Madonsela’s ‘Docked Vessels’ report.

In fact, almost all the people who Iqbal Survé brought on board at the time of the Sekunjalo takeover – Karima Brown, Gasant Abarder, Vukani Mde and Amy Musgrave – have now severed ties with him.

Of that group, only his faithful praise-singer, Adri Senekal de Wet, remains.

In his editorial of 3 September, Salie implies that on his watch the Cape Times has focused not on “the descendants” of the “colonial, unrepentant racists who once prostituted the Cape Times for their narrow political ends” but on their polar opposites, the poorest of the poor who, he would have us believe, have rewarded him and his newspaper with their “loyal support”.

If that is the case, why is Independent Media technically insolvent, why are yet more retrenchments looming and why are senior employees fleeing in increasing numbers?

And when it comes to covering the travails of the indigent, Newspaper House – home in Cape Town’s CBD to the Cape Times and the Cape Argus – does not come close to rivalling the exceptional reporting of GroundUp.

Alide Dasnois is an associate editor at GroundUp and this is ironic because in the affidavit she submitted when she successfully sued Iqbal Survé for unfair dismissal, she relates how she was verbally abused by him during a highly-questionable disciplinary hearing. Dasnois asserts that Survé ranted and promised to ‘use his billions’ to ruin her professional reputation and harm her future employment prospects. Now, with GroundUp, she is at the heart of a wonderful media experiment which is empowering aspirant journalists in the townships and which routinely outstrips the newspapers of her previous employer, Iqbal Survé when it comes to making the tribulations of the marginalised members of our society a matter of published record.

Such has been the rate of employee attrition since Survé was given control of the biggest group of English newspapers in the country through an initially-clandestine R1 billion PIC loan that I doubt if there is now a single news reporter covering the daily beats at Newspaper House who has been a reporter for more than a decade – and it shows.

As a case study consider a matter which profoundly affected the impoverished – Cape Town’s water crisis.

On 30 July a shock/horror article in the Cape Argus had Capetonians fearing the worst after the ‘Day Zero’ scare.

The Argus article stated as a fact that the Water and Sanitation department at the Cape Town municipality had totally stuffed up its administration of finances and “under spent by a whopping R1.6 billion on its capital budget”.

Except it hadn’t and this claim, as is so often the case with Newspaper House reporting, was false.

Tom Brown is a fruit farmer who is fascinated by weather and climate. In a previous life he was an international businessman focusing on finance and IT.

He reports on rainfall patterns and dam levels for South Peninsula Water and his detailed online articles are posted on the Paarl Show Me website.

Here’s his assessment of this Cape Argus article, which was as far from the truth as day is from night and probably the product of inexperience. The inexperience is exacerbated in the absence of the checks and balances once provided by the veteran sub-editors who used to work Newspaper House before the tragic Sekunjalo takeover.

“There was considerable confusion last week when a sloppy, incendiary report from IOL implied wrongly that the City of Cape Town had inappropriately gathered surplus cash through the higher tariffs and then failed to spend this on the intended augmentation processes. As I reported separately at that time this IOL report was totally wrong and misleading.

“The situation was actually simple. CoCT received authority to spend up to R1.4 billion capex and up to R2.9 billion Opex (over three years) IF NEEDED to ensure water supply continuity to the Metro. The Capex would have to be raised in the form of interest-bearing loans. (I.e. It had nothing to do with tariffs whatsoever at this stage). Some small amounts were spent (mainly on pressure management systems to reduce demand and make Point-of-Distribution preparations should Day Zero have arrived) but when the emergency calmed in April/May the bulk of the anticipated expenditure could be avoided. Thus CoCT never raised the loans and never had the cash and didn’t misspend or under-spend anything, as had been alleged in the IOL and Argus articles.”

The ban on Jansen does not differ in principle from Snuki Zikalala’s infamous blacklist and also extends to the respected Al Jazeera journalist, Azad Essa. The ban on Essa, like Survé’s dismissal of Sunday Independent editor, Wally Mbhele, was the antithesis of ethical journalism and the time-honoured tradition of editorial autonomy.

Survé has a simple response to his critics – they are all racists – which presumably now applies to Oakes as well.

Ironically, a previous article by Oakes reflected a venomous attack by Survé on Naspers – which, unlike Sekunjalo Independent Media, is far from insolvent.

In this regard, Survé, needs to respond to increasing concern about the financial viability of his newspapers by accepting the four-point challenge from Tiso Blackstar:

It is interesting, in retrospect, to revisit the claims made by Survé during this November 2014 SABC interview. At 26 seconds he says: “The next time we speak I will predict that the real circulation of our titles will probably increase by at least between five and ten percent per title.”

He states as a fact that 20 leading media people in the country will be deserting his competitors and joining his company (which did not happen) and, at one minute and 51 seconds of the interview he states:

“The fact is that Independent is on a high growth pathway and I think it is going to emerge as the most successful media house in the country in a very short space of time.”

At four minutes and 27 seconds he says: “In our group they call me two things – I am not sure it’s an appropriate term – either the ‘Teflon Doctor’ because whatever our competitors say bounces off me or the ‘Fearless Leader’ and I think that’s important because you lead from the front when you need to.”

One gets the impression, however, that Dougie Oakes, speaking from experience, does not agree.

Is the decision by Trade and Industries Minister, Rob Davies, to remove Iqbal Survé from the Brics Business Council not an indication that the ANC neither trusts him nor holds him in any esteem?

If you want a better understanding of the daily struggle of the desperate and downtrodden in Cape Town to attain dignity and a reasonable quality of life, don’t waste your time with Aneez Salie’s Cape Times – read GroundUp instead.

Ed Herbst is a retired journalist who writes on and analyses media stories.