Help a journalist tell the truth 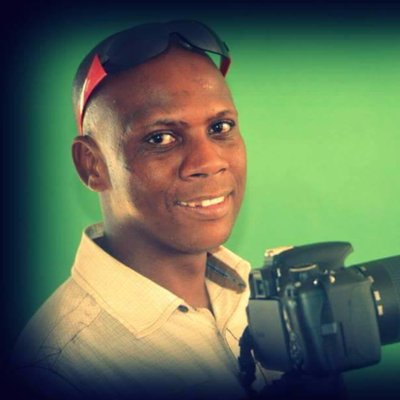 As a member of the Southern Africa Freelancers’ Association (SAFREA), several of his colleagues created a Back a Buddy campaign for Ntozake Douglas Mthukwane.

You can help Mthukwane by donating here.

From journalist to government spokesperson to freelancer

Speaking to The Media Online, he outlines his journalism career history, revealing he has been freelancing for seven years now. He began as a student activist, part of trade unions, before becoming a radio practitioner.

“What drove me to journalism was the fact that, it is only through that craft that you can report things for people to be able to make very important decisions about their lives,” he also reveals, adding that after publishing several stories, the personal circumstances of people changed, as authorities had to act due to things revealed in his stories.

He became a government spokesperson in 2005, but in 2012 switched to what he calls “non partisan” developmental journalism.

Relating how hard it is to freelance, Mthukwane stresses the “serious problem of underpayment of journalists in South Africa”. He believes the presence and advent of “hurricane social media” is not helping the situation as it has “cash strapped the media industry”.

He adds that there’s a focus by media houses on recruiting recent graduates as they don’t have to pay as much for them, and advocates for a standard rate for freelancers across the industry.

Mthukwane is consulting with several international media publications, compiling information for them, but is also looking for any staff reporter jobs that are available.

However, he identifies another problem, “There seems to be an over-emphasis by media houses and people in the media, they place a lot of premium on formal qualifications, like a degree, which I don’t have. The journalism training I have is from self cultivation, reading each and every book I could find on journalism, and have visited the Institute for the Advancement of Journalism every year since 2005 to get mid-career training.”

As illustrated by the title of his fundraising campaign, Mthukwane’s work mantra is, ‘to find the truth’.

“I place a lot of premium on telling the truth and for that I have been subjected to a whole lot of victimisation by the Northern Cape provincial government and unscrupulous police officers who are taking mandates from politicians,” he reveals.

His work  can be found on the pages of several community newspapers, News24 online, City Press, Pambazuka News, Cosatu Shopsterward, Mail & Guardian, Daily Maverick, Sowetan, The New Age, The Diamond Fields Advertiser, and GroundUp online to name but a few.