LATEST NEWS
Home News While the ANC is in power, SA has no chance of recovering

While the ANC is in power, SA has no chance of recovering 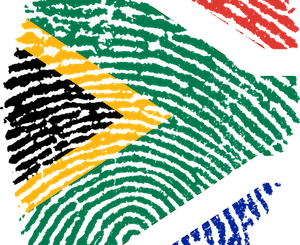 LETTER TO THE EDITOR: Omar Essack’s comments needs an answer.

To believe that SA will be better soon is wishful thinking. Unlike the Apartheid government, in 1994 government decided to exclude engineering from industrial development policy formulation and from then on government has not produced one policy that can practically develop SA industrially and address rising poverty, far higher than in apartheid time.

The DTI admitted this lack of policy by letter in 1996, and again in 2003, and at President Ramaphosa’s request in 2017 the DTI met the GWD engineering team and again confirmed that government still did not have a policy. Ramaphosa won’t talk to us.

Coming from Ford’s car design office in 1984, Ford asked me to create an industrial plan that would lift squatter camps out of poverty. With the plan I presented they brought Goodyear and GM to the funding table and I brought Siemens. By 1986 I had demonstrated to the CSIR’s satisfaction how to industrialise squatter camps and in 1996 the National Research Foundation concurred. Soon after completing the 1986 proof, the US companies left SA and the project collapsed as local business leaders did not want to see the plan develop.

From 1996, when Wits Sociology of Work Unit convinced the DTI that the four manufacturers were incompetent and that the CSIR report was meaningless as sociologists were the experts in manufacturing development, the DTI has excluded engineering.

In 2011 the EU funded me with R3 million to recreate the 1986 Proof, which I did with Zandspruit Squatter Camp Poverty action group and again it was CSIR confirmed. Davies forced it to close down when it showed that it could have prevented government wasting R50 billion as announced in 2012 by Minister Sexwale, and the wastage was due to poor quality control as I predicted would happen to the minister of Housing in 1997.

Zandspruit are going to seek revenge using the social media and try an turn ten million jobless against the ANC an EFF. So watch this space as a number of IT specialists are keen to help.

Contrary to your views, this is what The Times, London had to say about South Africa.

The Times: “South African is the only country in the world where affirmative action is in favour of the majority who have complete political control. The fact that the political majority requires affirmative action to protect them against a 9% minority group is testament to complete failure on their part to build their own wealth making schemes or structures, such that their only solution is to take wealth from others.“

A word recently coined to describe South Africa’s political situation – Ineptocracy: A system of a government where the least capable to lead are elected by the least capable of producing and where the members of the society least likely to sustain themselves or succeed are rewarded with goods and services for by the confiscated wealth of a diminishing number of producers.

Twenty four years believing that Ford, GM Goodyear and Siemens are incompetent, while the ANC is in power SA has no chance of recovering. So please demonstrate the practical aspects you believe will overcome all of this rubbish created by the ANC and Malema who do not have the technical capacity to create wealth through industry.