North West FM: Repairing a broken reputation and sorting out a mess 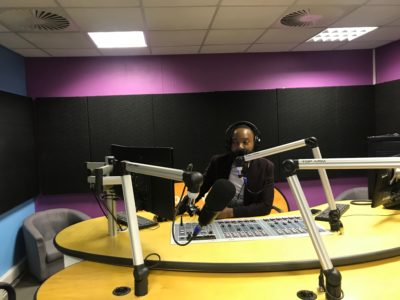 North West FM managing director Lawrence Tlhabane is frank and honest about the problems that have plagued the station since its inception in 2008.

Some staff had also gone through the December period without salaries and the morale at the station was at an all-time low.

In 2016 The Media Online reported on a nasty ownership battle being waged at the station. It involved a Scandinavian company, 21st Venture Capital, African Media Entertainment (AME), Tiso Blackstar Group and shareholder infighting.

In the end, Motswako Media came in, as it was the company preferred by the shareholders, and became the majority owner of the station. This was a lengthy process, only being finalised in August 2018, as the matter had to go through ICASA.

But the new owners have started to right the ship, picking up the money owed and paying staff salaries. 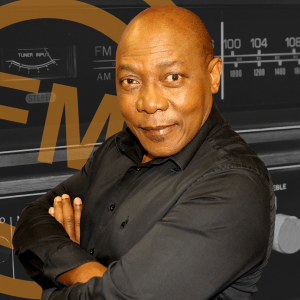 The main problem the station still faces is low advertising revenue. At present, it is not self-sufficient, with Motswako Media’s money injected into the business being the only thing keeping it afloat.

“It’s going to take some time. This station was launched in 2008 and it’s been 10 years of a mess. You’re going to need to fix the reputational damage that the station has in the eyes of the advertisers and the public. Listenership went down because they couldn’t trust this product anymore,” comments Tlhabane.

Tlhabane is aiming to increase the audience numbers to over 200 000 by June, believing that a commercial station of North West FM’s nature should never be dropping below that level. And Tlhabane has an even more ambitious target; over 300 000 by the end of the year.

Moves already being made

The only way to stabilise the financial situation is through revenue, winning the hearts of advertisers to come back and providing a source of trusted infotainment, he adds. 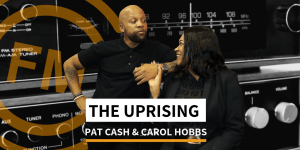 Music streamlining, aligning the station’s personalities with their strengths (and bringing experienced talent on-board, including Pat Cash), and making North West FM sound more commercial and different from its competitors are just some of the steps that have already been taken in the new strategy.

The station did a deal with United Stations in September of last year to cover national sales and an in-house team covers direct sales, providing a two-prong approach in ad revenue generation.

The station sits in a unique position of being the only commercial station in the North West province. This, Tlhabane believes, is a major benefit for advertisers.

“This is the only commercial station that is catering to this upward-mobile middle class and higher LSM in this province. We are relevant to the people of the province, we understand who they are and this is where people feel satisfied that it is building on the legacy of the first black commercial station in this country, which is Radio Bop, it is a revival of that,” he says. 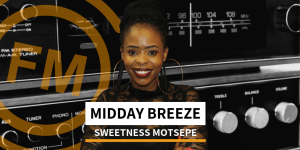 North West FM recently juggled its presenter line-up, switching the drive time presenters around Pat Cash and Carol Hobbs to breakfast and Dmos & Mpho Galetshitse to afternoon drive) and streamlining and aligning the talent. Sweetness Motsepe also switched from an evening show to the 12:00 – 15:00 slot. Weekend programming was also tweaked, including the arrival of Bonolo ‘Beesting’ Molosiwa.

But despite settling its debt to Sentech, and the content and presenter revamp, North West FM is still facing the challenge of being off air due to technical problems.

A consultant has been brought on board, who is very familiar with radio broadcasting and the Sentech way of transmitting, to assist.

Tlhabane also points to further capital injection which is needed, particularly for equipment and training of staff.

“I don’t think the shareholders invested anything when it comes to equipment, and these are the tools needed to run the station. From back-up generators to the equipment in the studio … We don’t even have a standby studio, so if ours breaks down there’s nowhere to move,” he comments.

Tlhabane is optimistic about North West FM’s journey for the rest of the year, backed by increasing government support and positive sentiments starting to return from communities.