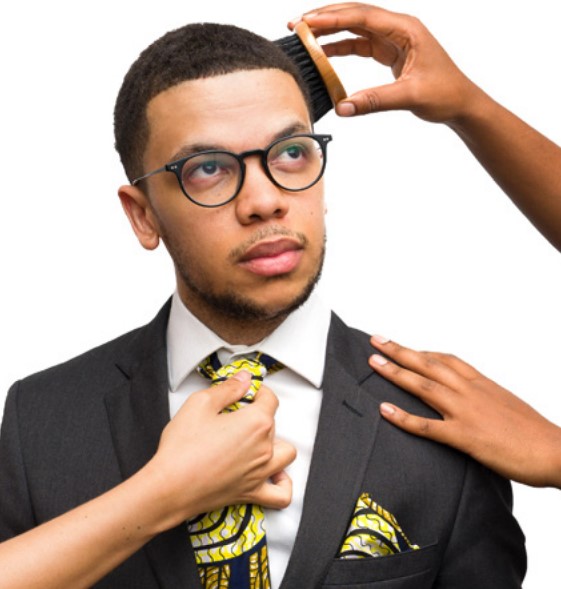 Political news will increasingly be the focus of many South African citizens as the upcoming elections roll around.

Mainstream media will cover the proceedings in-depth, but there’s a new kid on the block, the Sizwe Mpofu-Walsh Xperience, which is already making waves.

We spoke to executive producer Roy Mathieu Borole to find out more.

Q: Why was this created? What was the need for it?

We were like, well we’re getting a lot of information from a lot of people who don’t have the same needs, wants, desires and access to information as the rest of the crowd. So we wanted to do something that is inclusive, dynamic and gets a lot of young people involved in the narrative conversation and gets a lot more enthusiasm and galvanisation around this election.

We looked at the most accessible and unique distribution platform and the most lower cost production platform that will allow us to create content that is quick, swift and very much geared towards the youth audience, so we came up with a livestream news channel hosted on WhatsApp.

Q: Why choose Sizwe Mpofu-Walsh to be the initial host?

I’ve known Sizwe for many years. He’s a very well-balanced, healthy, sober individual with a very open mind and he’s very good at engaging with people, seeing different perspectives and he’s very talented from an editorial perspective, helping us develop this platform outside of him exclusively. We wanted a combination of legitimacy and youth appeal.

Q: One of the big concerns in media at the moment, regarding coverage of the elections, is political bias. How is this platform going to avoid this and will all parties be covered?

We’re a bipartisan platform. We have no political allegiance or alliance to anyone, that’s something we’re very strict about. We’ve reached out to all the major political parties locally and given them an opportunity to come on the platform.

At the same time, this is an environment where we will be pushing them to give honest, realistic answers as to what they are going to do going forward. So it’s not going to be a platform where people come on board and say ‘I’m going to change the country by doing something completely unreasonable and unachievable’. If they say these things then we are going to push them to explain that and the logistics of whether it is achievable. We’re a no bullshit platform, if they come on our platform they must answer the hard questions!

Q: Give us a bit more information about the format of the Sizwe Mpofu-Walsh Xperience.

What’s great about this platform is that you can segment your consumption choices according to what inputs you create. We will be launching this channel in multiple languages, so people can filter by a specific language or can receive content in all of them. Similarly, people will be able to filter based on topics, for example news updates or election updates or music updates etc. They pick what they are interested in. Every Tuesday and Thursday we will livestream an interview with a person from media or politics, which will be accessible via multiple platforms including YouTube, Twitter Facebook, and Twitch. This platform is really choose your own adventure.

Q: How big is the team that is working on this project?

Right now it’s eight people, but will probably grow to 10 by the end of today.

We’re doing our first livestream tomorrow at 17:00 and will be having our first guest this coming Thursday at the same time.

The platform is starting off focused on the upcoming elections, but in the coming weeks will include more hosts, panellists and voices which will branch out into politics, music and youth culture.

Launched yesterday morning, the platform already has 6 000 users. To become part of this community, click here.