Constantly surprising, engaging and entertaining in the mornings on Jacaranda FM 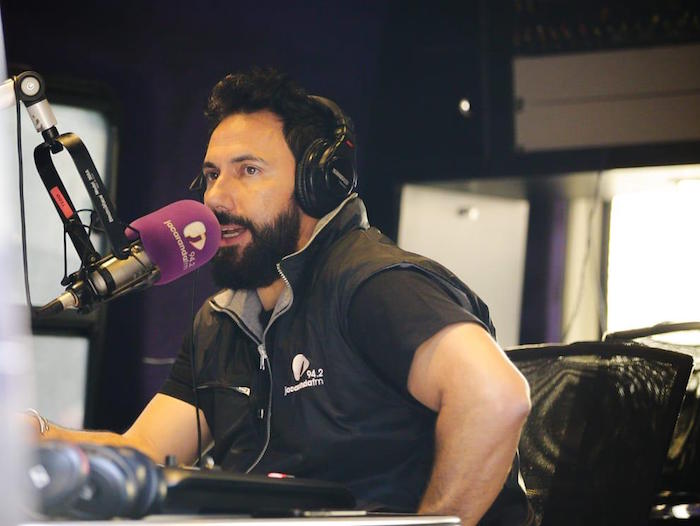 
CYBERTORIAL* Focusing on relevant content that is of interest to listeners and entertaining is a key driver of the Breakfast with Martin Bester show on Jacaranda FM.

There are two other crucial elements at the core of this year-old show. Firstly, constant surprises, with presenter Martin Bester explaining, “People still want to be surprised. In an age where you can choose everything in life, from your playlists to what you listen to, there’s still a huge part of human interest that wants to be surprised. There’s so much stuff out there that is formulaic and quite predictable.”

Secondly, listener engagement, which maintains their interest. “They take part in conversations, and choosing music and topics, whether it’s on-air, on the website or through social media. We listen as much as they listen,” says Bester.

Particular elements have become synonymous with the show, most notably the hugely popular Secret Sound. “That competition is proof that the simplest things on radio are often the most popular things,” he comments. Friday Live, where musicians come on the show on a Friday to perform is also extremely looked forward to.

Constant innovation and trying new things is a cornerstone of the show, again aligning with the theme of constantly surprising, entertaining and engaging with listeners.

Giving listeners what they want

The appeal of radio as a medium is how it is framed as a human conversation and connection, which contains agreements, disagreements and interesting interactions.

Bester stresses that it’s a team show, stating that his Liberty Radio Awards win was a “win for the show”, and in his approach he taps into the perspectives of every single person working on the show. They also take cues from listeners as to what they want to hear. Being a music station, the introduction of the No-Repeat WorkZone is just one example of the station delivering what listeners want.

Having been involved with commercial radio for the past 25 years, Bester identifies “the way you gather content” as the most noticeable shift over the years. What is trending on social media platforms is an easy indication, whereas in the past reading physical materials was essential.

As the host of Good Morning Angels (every Wednesday morning), the Breakfast with Martin Bester show has become synonymous with assisting others.

“Jacaranda FM has the most generous listeners in South Africa, and I know it sounds like a wild, subjective opinion, but we prove it every time listeners are asked to jump in and help a cause or a person in need … I get goose bumps every time,” says Bester.

From raising just under R1 million in one morning to assist the Hoërskool Driehoek tragedy, and Miles For A Million, which reached R1.5 million, to the story of Lordwick Kgatle, a ‘dustbin digger’ who was trying to fund his education, which listeners entirely paid for, giving back to organisations, communities and individuals is at the heart of the Breakfast with Martin Bester show.

“It rekindles your hope in humanity … You cannot broadcast in a South  African context and just talk about Hollywood and the lifestyle of the rich and famous. You’re going to become disconnected. You have to be real, and we try and keep it very real on the show,” explains Bester.

The immediacy and live nature of morning drive time radio, with relevant, compelling content, is what keeps people tuning in, particularly to the Breakfast with Martin Bester show.