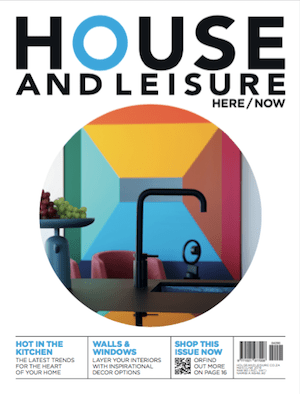 House and Leisure has revisited its brand aesthetic to bring its audience the ‘Here and Now’ in a renewed and refreshed format.

“In line with our desire to constantly swim upstream and at the same time, continue creating spotlight for our brands, the new-look House and Leisure provides us with a beautifully crafted solution to a problem all publishers are facing: how to create a point of difference in the sea of sameness that is the news stand in South Africa. I believe the new design and concept behind it does that job brilliantly,” said Julia Raphaely, CEO of Associated Media Publishing.

The brand teamed up with Andrew Whitehouse and Mark van Rooyen of multidisciplinary design agency Mutant. The aim was to rework House and Leisure’s identity to reflect its evolution. “The lens through which House and Leisure sees the world is always insightful, beautiful and relevant. Our design challenge was to help the brand’s image properly represent that truth,” the Mutant designers said.

The inspiration for House and Leisure’s new direction lay in the ‘O’ in the brand’s name. What essentially is a circle has been reimagined as a lens that speaks to House and Leisure’s process of editing and curating outstanding content for its audience. This concept has been translated into a branding tool that can be seen across all of the House and Leisure media channels – starting with the shoppable, bi-monthly print magazine, beginning with its May/June 2019 issue.

Brand South Africa has appointed Thulisile Manzini as its acting CEO. Manzini is tasked with marketing a positive brand image for South Africa domestically and internationally.

Her appointment comes amid a number of organisational challenges, among which is the suspension of Kingsley Makhubela as CEO, who is currently being pursued through a disciplinary process.

In a statement issued by Brand SA, chairperson of the Brand South Africa board, Khanyisile Kweyama, said Manzini’s experience in transforming organisations and implementing turnaround strategies will take the organisation forward.

“Her experience has more than prepared her to fulfil this role with excellence. We are confident that she will propel the many strategic initiatives that Brand South Africa undertakes to inspire and unify our stakeholders, partners and employees, and to continue the work of building the reputation of South Africa, so as to contribute to its global competitiveness,” Kweyama said.

Communications Minister Stella Ndabeni-Abrahams welcomed Manzini’s appointment, adding that she has the full support of the Ministry and Brand South Africa’s Board of Trustees to deliver on the organisation’s mandate. – Sanews 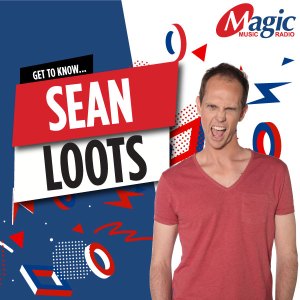 He is a whole lot of fun, slightly quirky and always on the go!

With a background in theatre and dance, Sean took a break from coaching swimming to travel, and ultimately enrolled for voice training with Edge Studio in New York.

Upon returning to South Africa, Sean joined MFM 926 in Stellenbosch as a volunteer presenter. Just two years later, a well-known Cape Town-based commercial radio station head-hunted him, and the rest, as they say is history.

Since then, Sean has hosted everything from Breakfast to Drive and everything in between. Sean Loots, aka Seano, hosted the afternoon drive show for 7 years (2011 – 2018) and during this time, the talented radio host won the MTN Radio Award for Best Commercial Afternoon Drive show (2014). Sean continues to make magic whenever he is on air!

Sean’s quick-thinking, fast-talking on-air antics have won him many accolades over the years, and his easy-going, optimistic nature continues to win over listeners where ever he goes.

Magic program manager, Graeme White said, “Magic is so happy to have Sean join the Magic on-air team. Sean comes with plenty experience and knowledge and we cannot wait to hear the Weekend Breakfast show filled with Sean’s presence and passion for life.”

Passionate about all things environmental, travel and design, Sean spends his spare time honing his photography skills and dreaming about his next adventure. With a background in swim coaching, Sean has an innate ability to connect with people and hopes to inspire youngsters through his work.

Seano, as he is known to many, also owns an extensive collection of brightly coloured socks, because life’s too short for boring ones! 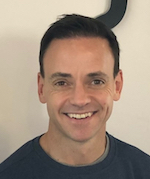 WPP was recently appointed by Distell as their global communications partner to manage the full spectrum of its marketing communications for the company’s global portfolio of brands. WPP has announced the appointment of Mike Middleton as the managing director of the bespoke agency solution for Distell called Liquid, effective from 1 April 2019.

Middleton brings with him over 20 years of marketing and brand experience as well as knowledge of FMCG industry, gained in the Europe, Middle East & Africa regions.

He joins Liquid from Yum! Restaurants International, where he worked for over three years, as chief marketing Officer. During his tenure at Yum! Mike was instrumental in leading the marketing efforts and growth strategies for KFC Africa, where he was recognised as the ‘marketing and innovation leader of the year as well as the creative mind of the year at the 2017 Loerie Awards Ceremony. 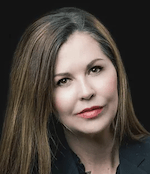 Managing director and founder of PR Worx as well as Status Reputation Management Consultancy, Madelain Roscher, has been awarded the Africa Women Leadership Award by the World Women Leadership Congress and Awards.

“I am honoured to have been awarded such a prestigious accolade. To be acknowledged for the work I am doing within the communications sector and political space as a female African leader is indeed a humbling experience,” said Roscher.

The Mobile Marketing Association South Africa (MMA SA) announced the 14 new board members and strategic partners who will spearhead the delivery of the MMA SA’s future development over the next year.

Sarah Utermark, MMA SA country director said, “Our elected board members are our eyes and ears on the ground. Working in the industry, they bring to our attention the biggest issues that impact upon their day to day business such as, Brand Safety, Measurement, Organisational Structures, Attribution and Business Impact. This highlights the ongoing trends and innovations that affect mobile marketing’s efficacy.

At the annual meeting of the Global Advertising Lawyers Alliance (GALA), Jeffrey A. Greenbaum, managing partner of Frankfurt Kurnit, was elected to his third term as chairperson of GALA. Originally elected as Chairman in 2014, his new term will run through the end of 2022. Under Greenbaum’s leadership, GALA’s membership has grown by more than twenty percent, expanding its coverage around the world – including in Africa and the Middle East.

Haydn Townsend, Wunderman SSA’s group chief executive officer said, “This is the first big win for the year for our agency, and we’re thrilled to have the opportunity to work through-the-line with this prominent international company on these recognised local and global brands.

“The timing of this significant win is propitious in the context of the news about Wunderman and J. Walter Thompson’s partnership. It’s a superb start to 2019 and a prized client to bring into the new, joint agency,” Townsend added.