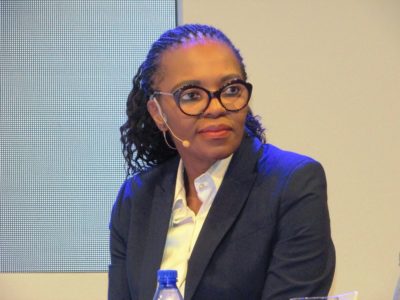 Philiso, who has been with the public broadcaster for 24 years, has served in a variety of roles, from general manager: sales operations, and group executive: commercial enterprise and television, to acting group chief executive officer.

In a statement, the SABC said, “Ms. Philiso has played a critical role in the positions she has occupied, and over the years has provided strategic guidance and support in dealing with the ever-changing television landscape and was an invaluable asset to the SABC.”

She will depart the broadcaster at the end of this month. The SABC is in the process of identifying a successor in an acting capacity.

According to the release, Philiso stated, “My tenure at the SABC has had more fulfilling moments than not. I learnt a lot and enjoyed the challenges immensely. As a true broadcaster at heart, I look forward to cheering the team on as they deliver the much anticipated turnaround.”

The SABC concluded, “We thank Ms. Philiso for her commitment and service to the SABC and wish her well in her future endeavors.”