LATEST NEWS
Home Media Education Media education On the record: The Fourth Industrial Revolution and the reality of the digital divide

On the record: The Fourth Industrial Revolution and the reality of the digital divide 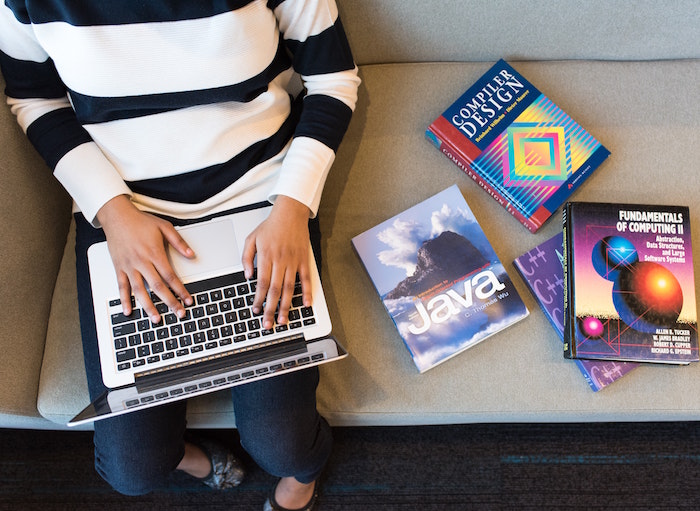 President Cyril Ramaphosa articulated a future vision of South Africa in his State of the Nation Address last week. He spoke of rolling out small business incubation centres to “provide youth-driven start-ups with financial and technical advice as they begin their journeys”.

He talked about supporting the “fire of entrepreneurship because the fortunes of this country depend on the energies and creative talent of our young people”. And he shared his dream of bullet trains and building a new city in South Africa, a “smart city founded on the technologies of the Fourth Industrial Revolution”.

Admirable and inspiring as his vision is, it cannot come to pass unless South Africans, particularly the youth, can not only cross the gaping yaw of the digital divide, but eliminate it altogether.

The president also underlined that reaching this dream would require all South Africans to take some responsibility and do their bit where they can. This includes business, labour, communities and civil society. Ramaphosa stressed how important it was to “prepare our young people for the jobs of the future”, adding that subjects such as coding and data analytics would be introduced at primary school level.But in the meantime, there are thousands of youth left behind by the ongoing digital revolution, and it is those, too, who need to be prepared for a different world.

It’s an issue that is an “overarching pillar” for the council of the Interactive Advertising Bureau of South Africa when it comes to careers in the media sector. As CEO Paula Hulley says, “I do feel is our responsibility to look at the job landscape as it changes over the next five years. Understanding those skillsets and how those integrate into agencies or publishers, and how we can help people”.

As she points out, the world is shifting and the digital economy evolves constantly. So where does one actually start in terms of capacitating youth? Hulley says while groundbreaking research is emerging, what should a body such as the IAB focus on in terms of ongoing education?

Their education and transformation council, headed by Dr Oupa Monamodi, has picked up great insights from talking to institutions such as the Red & Yellow, which has helped them “join some of the dots” that could help in upskilling and even creating jobs.

The Media, Information and Communication Technologies Sector Education and Training Authority is in place. It comprises five sub-sectors: advertising, film and electronic media, electronics, information technology and communications. Then there are academies within agencies who want IAB endorsement for their work in upskilling and training youth.

The question then arises how the IAB taps into these various strands. “Our predominant thought is to look at career mapping. And we know it’s not linear,” Hulley says.

A student or young employee might ask, “If I’m here, what are interesting videos to watch? What support material is available? Where do I go next? What can I earn?”

This journey will increasingly play a role in guiding not only the IAB’s approach, but educational institutions too.

Of course, a huge step in conquering the digital divide is that eternal South African bugbear: the cost of data. Again, this was something Ramaphosa highlighted in his speech. He confirmed that the communications minister would heed the call of players in telecoms space to start the spectrum licencing process. This, he said, would include measures to promote competition, transformation, inclusive growth of the sector and universal access.

“This is a vital part of bringing down the costs of data, which is essential both for economic development and for unleashing opportunities for young people,” he said adding his voice to the chorus in asking the telecommunications industry “to further bring down the cost of data so that it is in line with the pricing of other countries in the world”.