Ball in Icasa’s court after broadcasters react to draft amendments 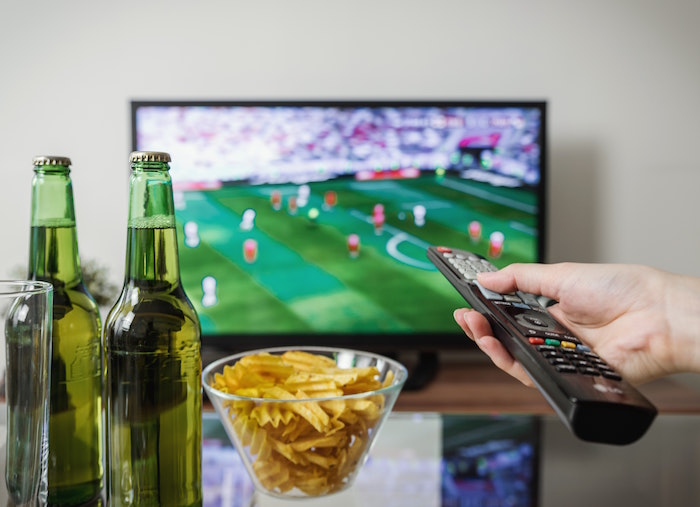 Issues around clarity, inclusivity, a fair environment, international considerations and digital influences were among the comments in broadcaster submissions from e.tv, M-Net, Lagadère, the National Association of Broadcasters (NAB), SABC, and Kwesé Free TV.

Free-to-air channel e.tv outlined the importance of sport as a nation building and socially cohesive element of society as the base of its submission.

“Where there is only one substantial platform of premium content, that platform will have reduced incentives to compete and innovate.” It points to SuperSport as the carrier of premium sports content. “Moreover, where there is not already a plurality of channels actively competing to present similar content types, a dominant platform will perceive an additional benefit from maintaining the status quo and excluding an actual or potential rival platform.”

Read more: What the federations had to say about Icasa’s proposed amendments

It adds that the absence of regulatory intervention would result in the dominant platform negotiating a more restrictive contract than might have been negotiated by one of several other channels negotiating for similar content.

Its summary of the South African broadcast sector is that the high concentration provides the dominant channel (SuperSport) with an additional incentive to exclude actual and potential competitors.

Alluding to the channel’s equity stake in local teams and domestic leagues, eMedia (e.tv) proposes that the authority conduct a study on sports ownership patterns in SA and the subsequent impact of the ability of broadcasters to access the broadcast rights of national sporting events.

eMedia goes as far as requesting an objective adjudicator to “ensure affordable access to the broadcast rights to sport events of national interest continue by FTA television broadcasters”, as an addition to Regulation 2.

The SABC submits that unbundling of rights will resolve most of the existing problems of inaccessibility of listed events by the public, high cost of rights, barriers to entry in the broadcasting sector due to lack of content and financial sustainability of the FTA tier.

However, the SABC is not opposed to exclusivity on the basis of quality. “The exclusivity of sports rights represents a guarantee of the value of sports content, an opportunity to build up audience and support base, the potential for a sizeable advertising or sponsorship revenue, and a degree of exclusive standing that distinguishes a broadcaster from other existing broadcasters.”

The SABC reckons the Authority should recommend government funding for the SABC to cover national sporting events. “Furthermore, the SABC and the Department of Sports and Recreation should engage on support for the SABC in particular for the coverage of development and minority sports.

Finding issue with some of the wording of the regulations, the National Association of Broadcasters (NAB) says that it lacks clarity. NAB notes the absence of a Regulatory Impact Assessment which could act as a gauge of the effect of prior interventions and provide guidance on future amendments.

The NAB is calling for a review of financial and operational implications in the context of sports bodies and sporting codes that rely on the sale of their broadcast rights to broadcasters in order to continue investing in sports development. What’s needed, it says, is “a careful balancing of the interests of broadcasters, sports bodies and audiences.”

NAB points to additional competition from video-on-demand services that are acquiring sports rights which operate free of regulatory compliance and different cost models – and urges ICASA to consider challenges presented by the over the top (OTT) services.

This was substantiated by its assertion that the revenue which sports bodies earn from selling sports rights exclusively and from having a range of broadcasters compete for these rights “will be diminished and the investment by sports bodies in the growth and development of their sports will consequently be reduced with negative consequences for their sports”.

M-Net also points out the advantages available to OTT providers.

Lagardère Sports and Entertainment (LSE) does not agree that the proposed far-reaching amendments to the existing Sports Broadcasting Services Regulations (2010) will achieve the aims of ICASA in relation to the protection of the sports industry in South Africa, moreover, the interests of the public.

LSE says the current organisation of free-to-air market in South Africa could not adequately deal with supply of certain premium Confederation Sports events (as defined by the existing Sports Broadcasting Service Regulations, 2010) whether or not South African teams participate in such events. In a specific example it lists the Women Africa Cup of Nations, the CAF Champions League and CAF Confederation Cup, which since 2017, found no takers in the free to air space.

In its discussion, LSE cited a lack of clarity detailing a significant number of clauses – more than 10 – where interpretations where open to misunderstanding and therefore a lack of proper implementation.

Lagardère also discusses the limits of the regulation in terms of understanding international operations calling them “unrealistic” in terms of Pan African TV channels. “The new constraints that would be imposed on subscription broadcasting services licensees regarding their business and programming in South Africa specifically are inappropriate for Pan Africa TV channels operating internationally from South Africa or elsewhere.

In particular they require such licensees to have South Africa specific programmes and specific sorts of broadcasting rights, which would create challenges for the business model of such Pan Africa TV channels and therefore the means by which the broadcasting rights are internationally marketed and acquired, causing serious distortions of competition at an international level.”

All broadcasters expressed their willingness to continue with oral presentations in consultation with ICASA.