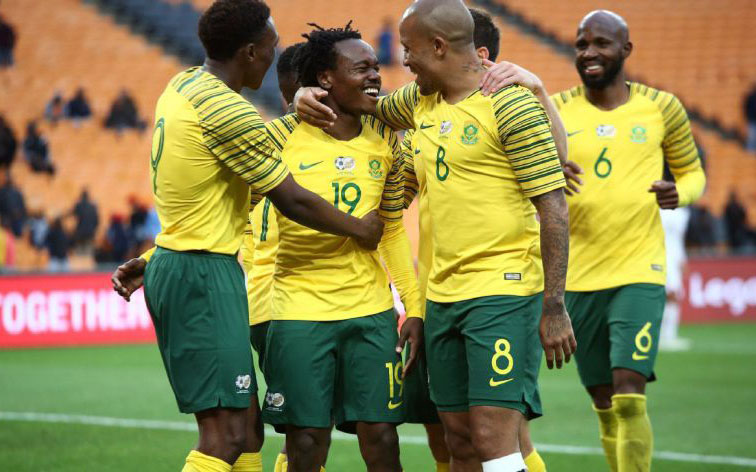 
The SABC is caught between a rock and a hard place, having to spend money on sports rights to fulfil its mandate while at the same time having no money to spend on them.

A spat between the South African Football Association (SAFA) and South Africa’s public broadcaster played out in the public eye last week, leading to the SABC not showing Bafana Bafana’s (winning) match against the Seychelles held at the FNB Stadium. SAFA wanted R110 million for the rights, the SABC could only afford R10 million.

Now in an attempt to still fulfil its mandate while trying to right its finances, the SABC is pleading with sports federations, all the while looking for savvy deals.

He highlighted the historical spending on sports rights by the SABC over the past two fiscals. It amounted to over R1.2 billion, over half of which was for PSL and SAFA matches (R700 million).

“Sports rights, over the past five years, have escalated quite surprisingly, in some instances by over 100%, and this increase has meant the SABC has been faced with what we describe as an unfunded mandate,” Maroleng explained.

The SABC is required to cover 22 sporting codes as the public broadcaster (as per ICASA regulations), but as Maroleng said, there was “no explanation where the SABC should find the commercial wherewithal to fund these costs”.

The SABC has spent the most money on soccer. In the past six years, spend totalled R2.387 billion across CAF, SAFA and PSL rights. This was offset by revenue generation of only R535 million, leading to a total loss of R1.852 billion for the period.

Aside from the cost of the rights themselves, production costs added further losses as those also needed to be incorporated into costing (not just for soccer, but across all sports covered).

Recently, the SABC added English Premier League (EPL) matches to SABC 3. In terms of sponsorship (not counting traditional advertising) the SABC is 80% of the way to recovering what it paid for these EPL rights, which it acquired from a third party, making them more affordable.

A new approach to sports rights

As mentioned by Maroleng at the recent SABC Cricket SA deal press conference, and re-emphasised at this briefing, the SABC was implementing a new strategy in its approach to sports rights.

“The approach is based on shared and mutual partnerships that allow the SABC and its important partners in the various sporting federations to derive equal commercial benefit, and to ensure the development of the sporting codes is done in a way that allows for the sustainability of the sports in South Africa, without placing further burden on the public broadcaster and safeguarding the commercial interests of the SABC,” he explained.

The SABC was working hard to predict future sports rights costs, taking into account the escalating prices, but estimated that in the next three years there would be shortfalls of R565 million, R499 million, and R680 million between what the SABC projected and what the rights cost.

“The SABC has been unable to pay for sports rights for the past 10 years, as the financial situation has been ongoing,” Williams shockingly admitted. “But we do have some collateral, which is outside of cash, that we’ll be looking at and how to offer it.”

Aside from the deals, which are aimed at reducing the cost of the rights and the production costs, the SABC in-house sales teams are working hard to generate revenue from classic advertising and sponsorships around the rights. However, short lead times are a massive challenge.

“The potential for us to commercially exploit any rights, in terms of classic advertising and sponsorships, is the window to air. And another calculation we have, is the displacement of content on our schedule … Sometimes we are presented with obligations all of a sudden and we are unable to fully commercially exploit them”.

Profit sports and break even sports

Within the rights, there is another distinction; those the SABC has earmarked as break even sports and those that are profit sports. Williams explained: “At no point does SABC want to make money from SAFA or PSL, we want to break even, so next season we have money to reinvest. There are some sports, for example T20, which is a commercial league, where we will engage from a commercial perspective and everything we do will be from a commercial perspective.”

Currently the SABC is still in discussion with the PSL around radio rights. The PSL television rights are held by SuperSport, a deal which only expires in May 2019.

Negotiations with SAFA are also still ongoing around television rights for Bafana Bafana and Banyana Banyana matches. The contract expired in May. Maroleng explained the complicated situation: “Our view was that a survival clause with obligations existed in the expired contract, which required both parties to fulfil. We are the first ones to admit that we had not fulfilled the total payment of the R110 million which was required for the SABC to pay. On the other hand, one of the aspects unfulfilled in the previous contract was for the broadcast of three matches.”

“We did this in good faith because we believed this survival clause had obligations which required SAFA to ultimately permit, in good faith, us access to the stadium in order to broadcast the match. Through written communication we were informed we would not be permitted access, so we withdrew our outside broadcast equipment back to headquarters,” Maroleng elaborated.

Williams revealed that the SABC hadn’t gone the legal route with SAFA because the public broadcaster was not in a financial position to do so.

The SABC is in a position to broadcast this afternoon’s match between Seychelles and Bafana Bafana, as international games are done through a separate deal, not including SAFA.

“It’s unfortunate, because we were not able to broadcast a match on our shores. And it shows a great deal of asymmetry between us and SAFA, which requires both parties to ultimately find each other,” Maroleng added. “We are appealing to SAFA to come to the table and to allow us, in the interest of the sporting community and sporting loving people of South Africa, to broadcast these matches.”

Here are some pictures from the press briefing: